Desert Island Discs is the UK’s longest-running radio programme. The first edition aired on 29 January 1942 and last year it celebrated its 75th anniversary. The BBC has to this date broadcast 3,162 episodes.

The format is simple, and much copied. Each week a celebrity guest – the “castaway” – is hypothetically marooned on a desert island. He/she is allowed to take eight [gramophone!] records, a book, and an all-important luxury item. The recordings (they can be speech as well as music) are played and then discussed, as are the book and luxury.

Encouragingly, the most commonly chosen luxury item is — a piano. 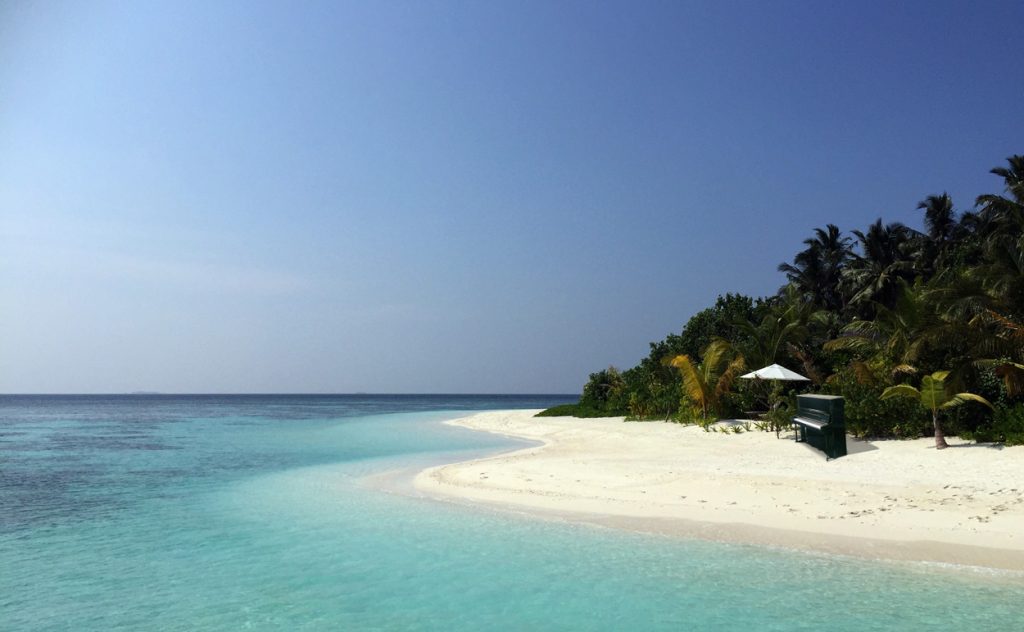 Around 3000 castaways have taken part (some appearing more than once). Nevertheless, the piano was chosen 194 times. And interestingly, only 81 guests picked the guitar (including the banjo, lute, and ukulele). 17 picked the violin, and 8 the cello.

Actor Gordon Jackson (1975) and pianist Joseph Cooper (1973), for some reason, both chose a dummy piano keyboard.

American conductor Lorin Maazel chose as his luxury a painting identified as The Piano Lesson. This is correctly known as The Music Lesson—it features a virginal, not a piano, and was painted around 1663 by Dutch master Johannes Vermeer. 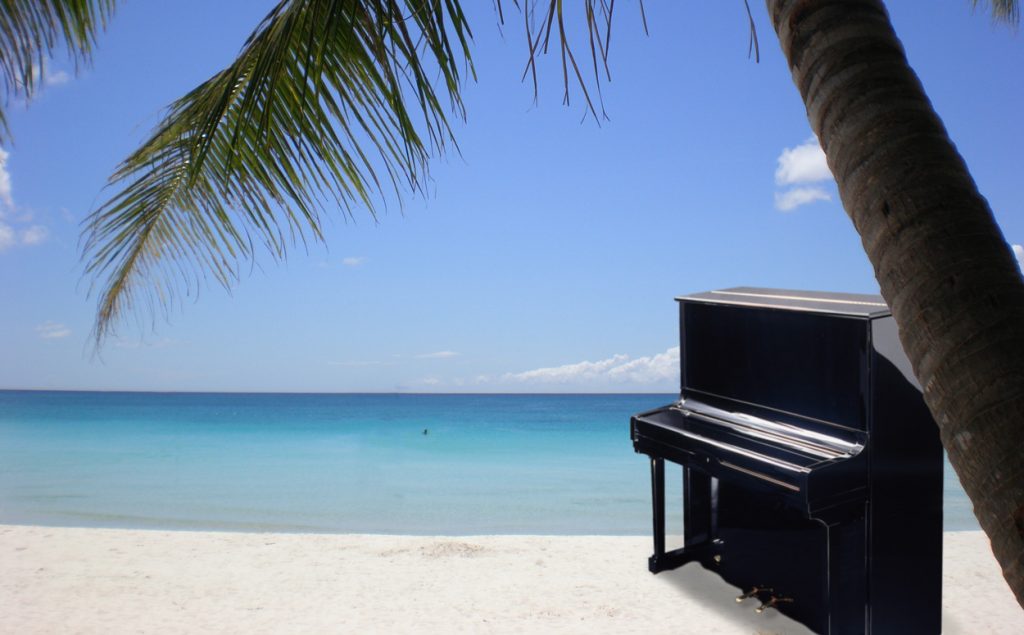 Other popular luxury items include a bed (65 castaways), a pillow (33), a telescope/binoculars (77), and a football (11). There have been some pretty weird choices too: a blow-up doll (Oliver Reid); marijuana (Norman Mailer); a Ferris wheel (Frank Cottrell Boyce); and a suicide pill (Stephen Fry).

30 piano-related books have been chosen including Grove’s Dictionary of Music (10 times), and various piano tutors, tuning/maintenance guides, collections of Beethoven Sonatas and books on music theory.

The most commonly chosen “recording” is Beethoven’s Symphony No 9 in D minor (Ode to Joy) which has been chosen over 100 times. Overall, however, Mozart is the most popular composer.

The Desert Island Discs website provides access to over 500 episodes from the show’s archive, and current editions can be downloaded as a podcast. For reasons of copyright, certain recordings may be limited to a 30-second clip.

It is most gratifying to see just how desirable an item the piano really is… but we’ve known that all along.

No celebrities were actually sent to a desert island in the making of this programme.