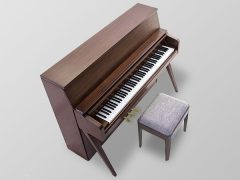 There is an exciting new project taking shape in Edinburgh. Plans are afoot to build a 100 seater, “playable” amphitheatre constructed entirely from unwanted pianos. It is known as the Pianodrome. … Read more »

After 3 years of meticulous construction David Klavins will unveil to the world the Klavins M450 Vertical Concert Grand, a 4.5 metre tall vertical piano. This will be the largest… Read more » 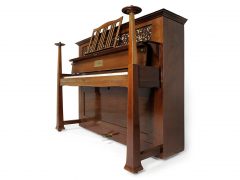