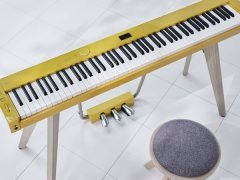 Casio has announced that its Privia PX-S1000 has just been awarded a Red Dot Product Design Award (2020). The Red Dot is a prestigious industrial design award. it was originally… Read more »