The Pianodrome is an amphitheatre made from over 50 unwanted pianos. And the structure includes five actual working instruments. It first appeared at the Edinburgh Festival in 2018 and is… Read more » 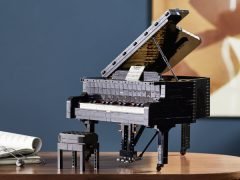