There’s been a lot of fuss in the UK press and social media about this Christmas’ Queen’s Speech. In it, she talked about austerity and Brexit, and the need for humanity to come together as one to form a better, more peaceful world. 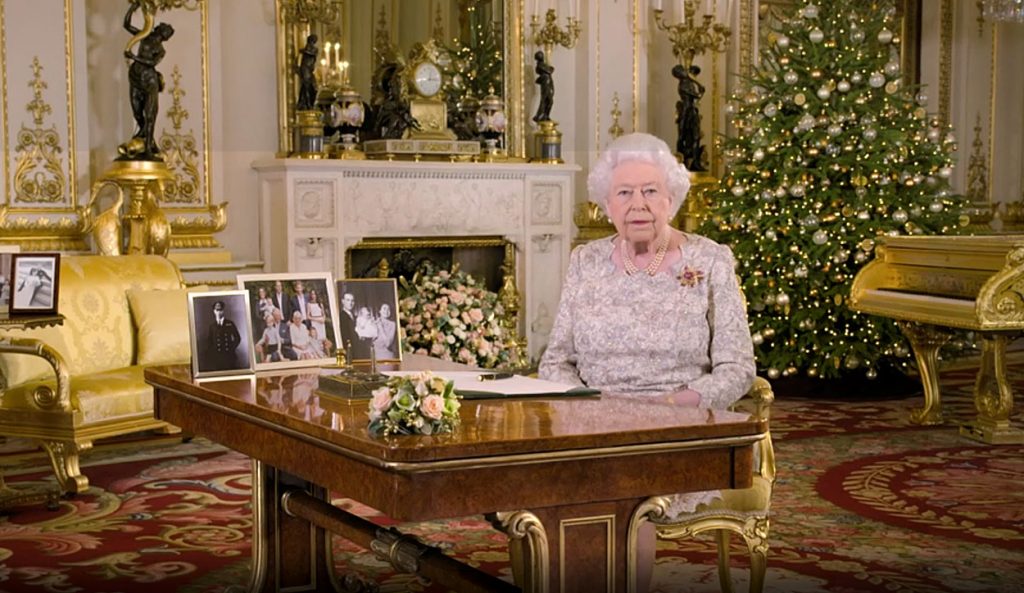 Some of the media were, however, outraged that she chose to speak so in an opulent setting with a lavish gold piano in the background, highlighting the differences between the “haves” and “have-nots”.

This isn’t the place to discuss the rights and wrongs of this matter, but the piano in question did look pretty stunning in this palatial setting. So maybe it is worth taking a closer look at the “offending” instrument that “stole the show”.

The piano was built in London by the leading French piano-makers S&P Erard. Sébastien Erard (1752-1831) was a remarkable craftsman and technician. He built his first piano in 1777. He subsequently produced instruments for Louis XVI and Marie Antoinette, and for many of the great composers including Chopin and Liszt. Erard was also responsible for a host of important innovations in piano design—many of which are still utilised today.

In 1791 Erard had to move from Paris to London to escape the French Revolution. On this death, his nephew, Pierre, continued his pioneering work, and the company renamed S&P Erard, produced many of the finest pianos of the 19th century.

The 1856 gold piano was ordered by Queen Victoria to be placed in the State Rooms of Buckingham Palace. Both Queen Victoria and Prince Albert played the piano and they had instruments installed in all their private residences. (Details of another piano owned by Victoria can be found here). This, however, was the grandest and most elaborate piano in the collection.

The instrument is decorated in an early eighteenth-century French style. It features comical depictions of monkeys and cherubs playing musical instruments. These paintings are by François Rochard a French miniature painter. He used polychrome colours to provide a visually powerful impression. Parts of the case are taken from an earlier instrument owned by Queen Victoria. She so liked the imagery that she wanted it transferred to her new piano.

The piano was restored in 2009 prior to a major exhibition held in The Queen’s Gallery celebrating the lives of Victoria and Albert.

The piano now forms part of The Royal Collection, one of the largest and most important art collections in the world. It includes nearly a million objects some of which are owned by the Crown (in effect the State) and others by the Queen as an individual.

The fuss about its appearance in the background of The Queen’s Speech begs the question, “How much is it worth?” Similar Erard instruments from that period have sold for around USD 150,000 (GBP 120,000), but with this instrument’s decorations and its provenance, the figure would undoubtedly be many times that sum.