At the end of last year (2017) pianist Carla Ruaro, along with a small support team, embarked on a 40 day project which involved transporting a piano deep into the Amazon. The aim of the group, which consisted of both film makers and composers, was to take contemporary Amazonian music to remote riverside communities. 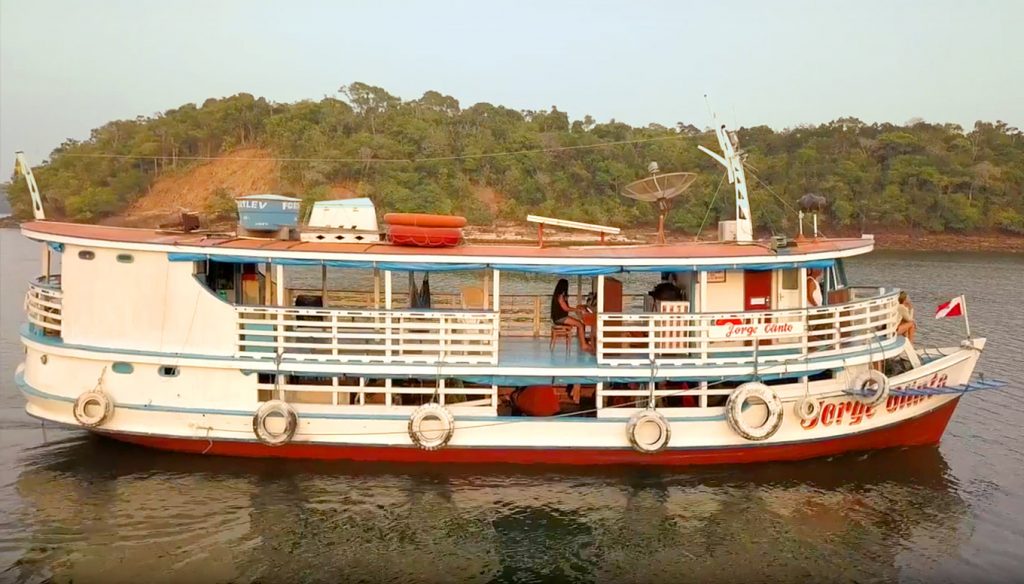 The Jorge Olinto — home to the project team

Ruaro and her team purchased a piano in the city of Belém do Pará, and the expedition started in Santarém on the banks of the Tapajós river. The only way to travel around this area is on the river, so a small boat, the Jorge Olinto, was hired. This became the team’s transport and accommodation (in hammocks), and served as both, school room and concert platform.

The group traveled the length of the Arapiuns river reaching 33 riverside communities. The Arapiuns is a blackwater river stained by tannins from decaying vegetation. It is a tributary of the Tapajós, which in turn merges into the Amazon river. The team held between two and four piano workshops every day. This gave over 1000 children access to an instrument they had never seen before. Each evening a concert was held on the boat with audiences lining the riverbank. 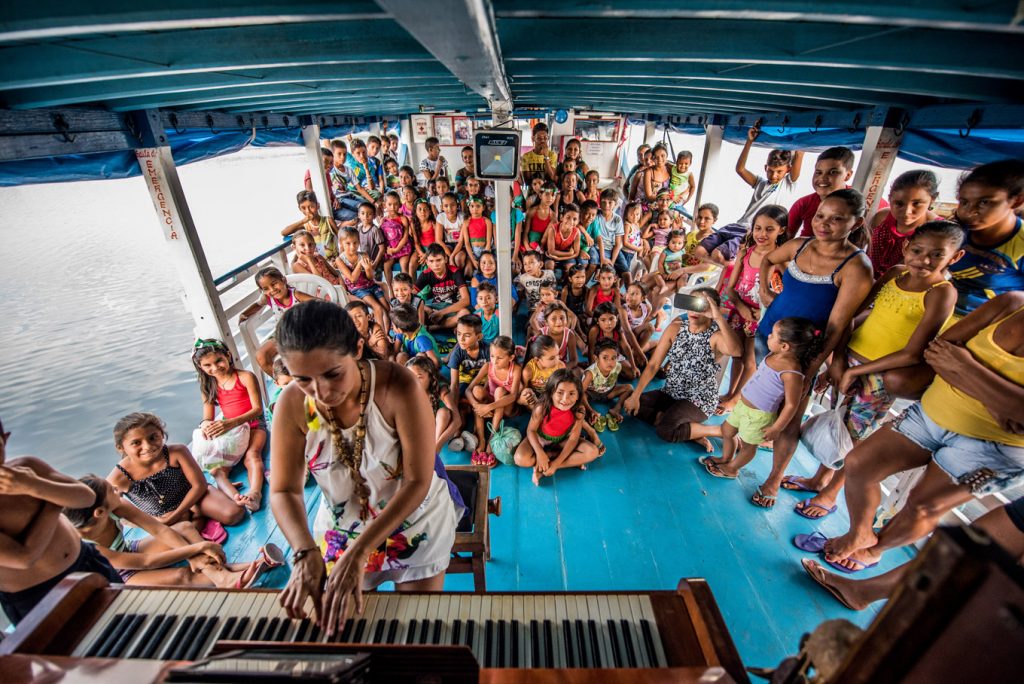 A typically well-attended children’s’ workshop aboard the Jorge Olinto

A few of the communities were aware the boat was coming, but usually prior communication was not possible and the group turned up unannounced. In these instances negotiations had to be conducted to enable the boat access. Generally, however, the arrival of the team was greeted with great enthusiasm.

The piano itself was an average quality mass-produced Brasil (the brandname) upright. Brasil pianos were made in São Paulo — other than that, I know nothing more! The instrument proved, however, resilient to the extremes of temperature and humidity. And it survived the constant stress from being man-handled on and off boats, and the attentions of countless young enthusiasts. 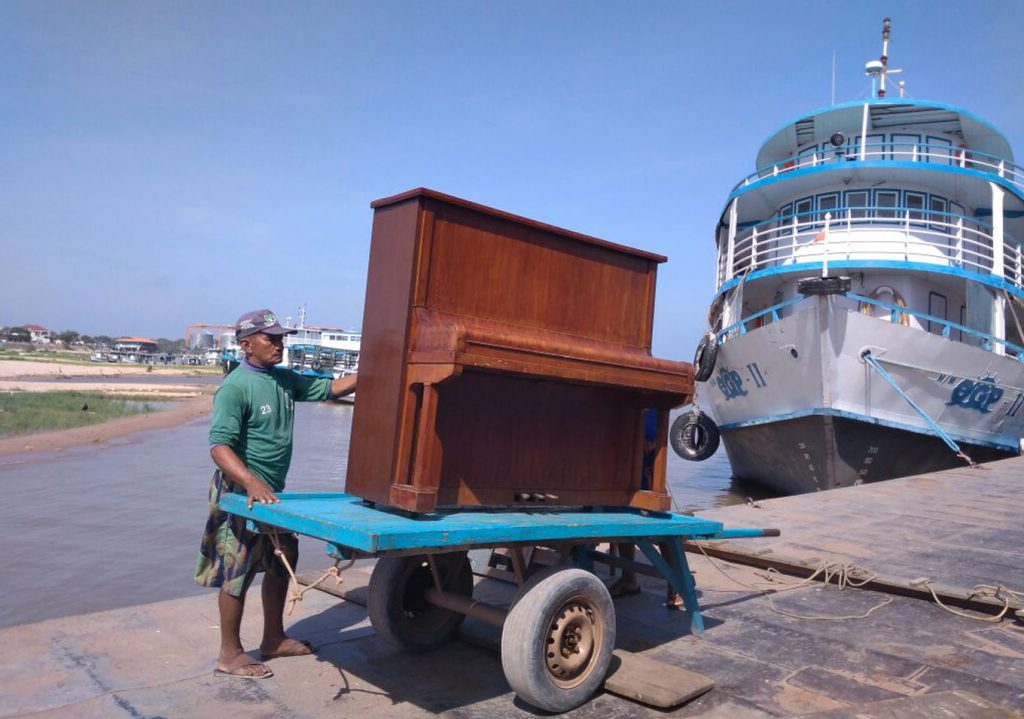 At the end of the project the team donated the piano to Santarém Philharmonic. This is a non-profit music educational venture run by the city of Santarém.

The whole project was filmed and recorded, however funds are required to complete the editing of a DVD documentary and accompanying CD.

An Indiegogo campaign is in place to help finance this project. All help would, I’m sure, be most welcome. So do take a look at the above short video and check out the Raízes – A Piano on the Amazon  Indiegogo campaign. It is only running for another month.

One thought on “A Piano in the Amazon”