Disney’s new film “Christopher Robin” has just been released in cinemas worldwide. It’s a fantasy comedy-drama tracing the story of the grown-up Christopher Robin reconnecting with his childhood animal friends. 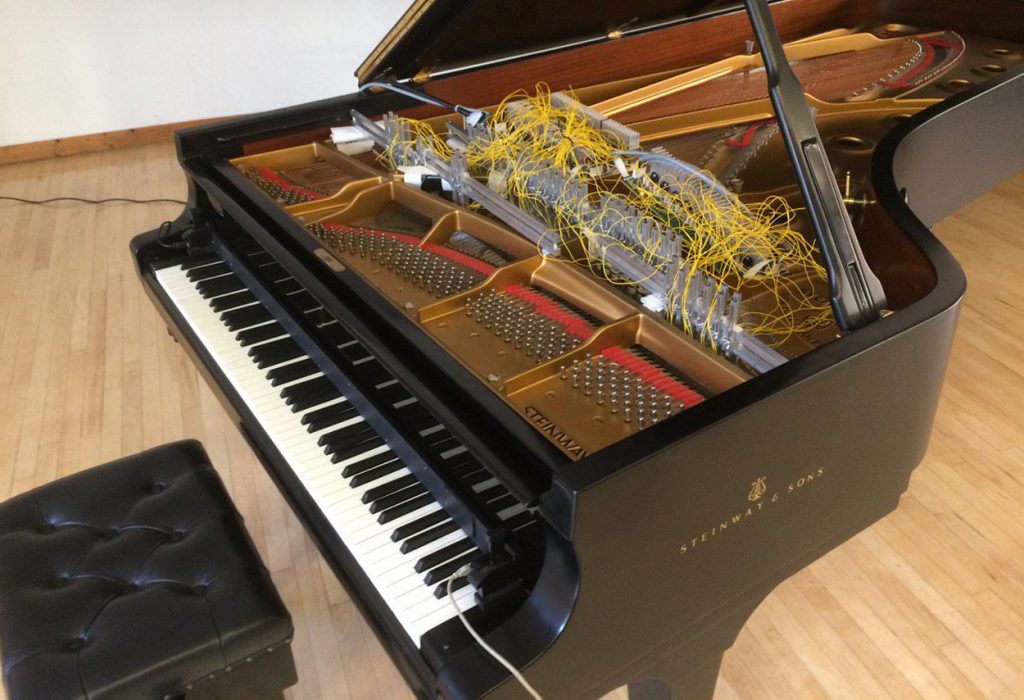 An early version of the Magnetic Resonator Piano

But it also marks the big screen debut of the Magnetic Resonator Piano (MRP), a modified grand piano that uses electromagnets to control the strings’ vibrations. The instrument is brilliantly used on the soundtrack to create an ongoing ethereal atmosphere. The score is composed by Jon Brion and Geoff Zanelli.

The Magnetic Resonator Piano was invented back in 2010 by Andrew McPherson, whilst a post-doctoral researcher at Drexel University’s College of Engineering. The project was developed under the auspices of Professor Youngmoo Kim, head of Drexel’s renowned Music and Entertainment Technologies (MET) Lab.

McPherson subsequently moved to Queen Mary University, London, where he continues to develop the concept, and has now produced a portable version that can be fitted to most grand pianos.


How the Magnetic Resonator Piano Works

Most pianists will opt for an acoustic instrument over a digital one any day. But wouldn’t it be great to be able to get more out of an acoustic piano? Prepared pianos are interesting, but do you really want to go sticking nails and tacks into the hammers of your Steinway Model D. 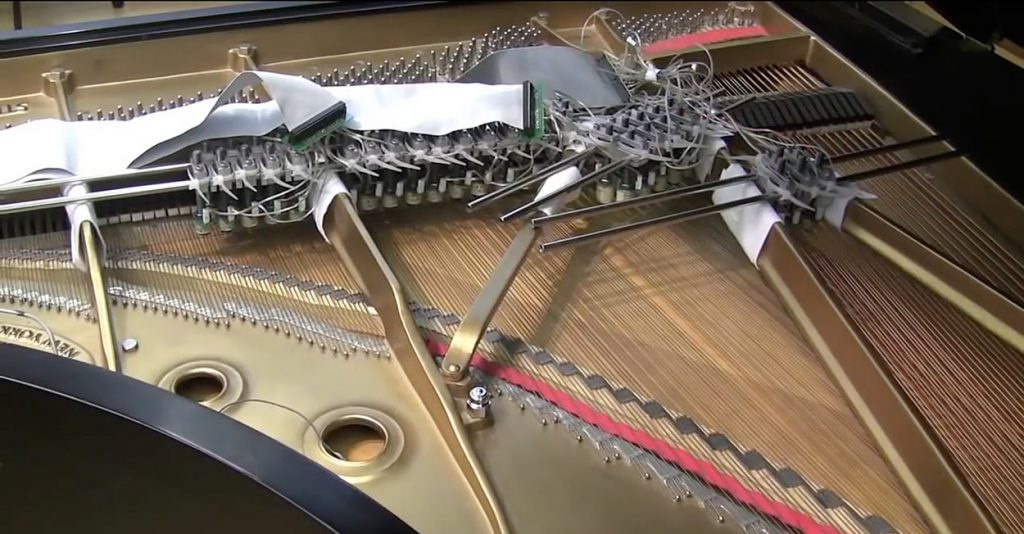 The MRP uses electromagnetic actuators, one for each note, to vibrate the strings. These are housed in a rack that sits just above the strings, so it isn’t necessary to make any physical modifications to the piano. All the characteristics of the acoustic instrument are preserved.

A scanner, using optical reflectance sensing, analyses the exact position of each of the piano’s keys, and responds to the pianist’s extended techniques such as partial key presses, light taps, aftertouch, sweeps and vibrato gestures. This continuous key data is fed to a computer which processes the information and generates appropriate electrical signals which are fed to the actuators. The respective strings are thus set into vibration.

The electrical signal applied to the actuators is an alternating current, of variable strength, and oscillating at the frequency of the adjacent string, or a multiple (harmonic) thereof.

The hammer of an acoustic piano hits the string at a precise position (the strike point) in order to generate the desired harmonics. This gives the instrument its unique rich timbre. The Magnetic Resonator Piano’s actuators inherently produce a purer, fundamental tone, with fewer harmonics. Additional harmonics can be introduced by modulating the signal fed to the actuators.

The MRP adds the following to the piano’s musical vocabulary:

Various composers and performers have seen and used the MRP. Its ability to add a rich new gamut of sounds to an acoustic piano is a very attractive proposition. The sound, emanating from the piano’s strings and soundboard, remains organic and doesn’t rely on digital audio processing. The MRP has featured in performances by the London Chamber Orchestra and the Opera Theatre of Rome. Over 25 pieces have been written specifically for the instrument.

But it is probably the Magnetic Resonator Piano’s use in the new Disney film that really marks its breakthrough towards a more mainstream acceptance. Apparently, composer Jon Brion first came across the MRP online, by chance, some years back. He has been following the instrument’s progress ever since, waiting for a suitable project to employ its unique characteristics. Its time has now come!

Thanks must go to Dr. Ian McPherson at Queen Mary University and Britt Faulstick at Drexel University for photographs and help in preparing this article.