Last week a rare 1916 baseball card found inside an old piano, and featuring Babe Ruth, sold at auction for USD 130,000.

So, could there be a small fortune secreted away somewhere in your treasured instrument? 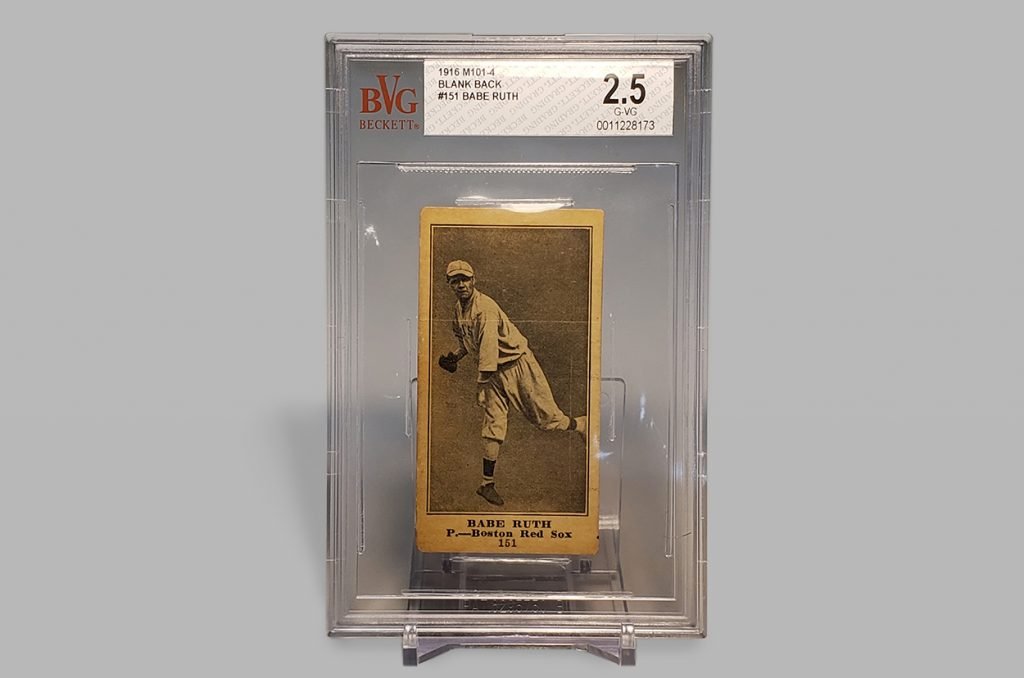 In 1992, Ellen Kelly of Maryland purchased the piano she played as a child from the estate of her late aunt. She paid just 25 dollars. The piano was somewhat neglected and she decided to have it checked over. And it was then the card, one of around 100, was found stuffed behind the pedals.

Ms Kelly kept all the cards in a safe deposit box for many years before being convinced, a few months ago, that she should have them valued with a view to selling them.

The cards were examined by Beckett Vintage Grading, and eventually sold at the recent Goodwin & Co.’s Masterpieces and Uncommons auction.

Collecting baseball cards is big business in the USA. And amongst the collection, one card stood out as being special. This card is known as the 1916 Babe Ruth M101-4 Rookie Card. It shows Ruth as a pitcher for the Boston Red Sox. This was his first professional season, hence “rookie”.

M101-4 (and M101-5) sets are referred to as The Sporting News cards, and are amongst the first to actually feature photographs of the players rather than lithographs.

Incidentally, once when drunk, Babe Ruth is said to have thrown a piano into a lake (in Sudbury, Mass.) to demonstrate his strength. 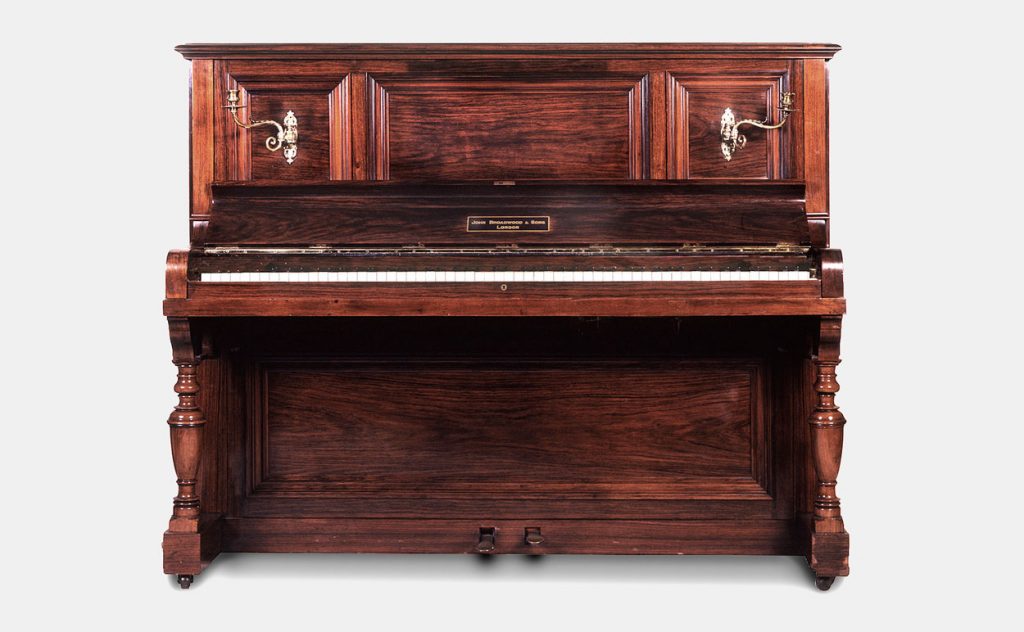 For 33 years the piano was owned by a local family. But, in 2016 they decided to donate it to a nearby college, who subsequently had the instrument tuned. And during the process, the gold coins were discovered under the keyboard.

They were packed in seven cloth purses, but in one, remnants of a Shredded Wheat cereal box was found. And this helped date when the coins were hidden.

Despite over 40 people coming forward, no-one could convince the coroner’s court that their claim to the horde was genuine. Therefore, under UK law, the coins became the property of the state. The finder (the tuner) and the owner (the college) of this treasure were entitled to, and received, a share of its value. But unfortunately, the long-term owners who had generously donated the instrument received nothing.

Get looking, but be careful…

The moral here is to take a very close look inside your piano, you may be sitting on a literal goldmine. But be careful…  two pipe bombs were once found hidden in a piano! And various guns, including a pistol belonging to one of Stalin’s generals, have been discovered over the years. And of course, there have been drugs!

But if you do find a stash-of-cash tucked away at the back of your old Mason & Hamlin, do remember who tipped you off — producing this website doesn’t come cheap!

Please let us know (using the comments section below) if you have ever found anything interesting in your piano.