Yamaha has launched a whole host of digital pianos at NAMM 2019. These include the AvantGrand N1X hybrid; the CP73 and CP78 stage pianos; and three additions to the Arius line of digitals—the YDP-144, YDP-164 and YDP-S54. 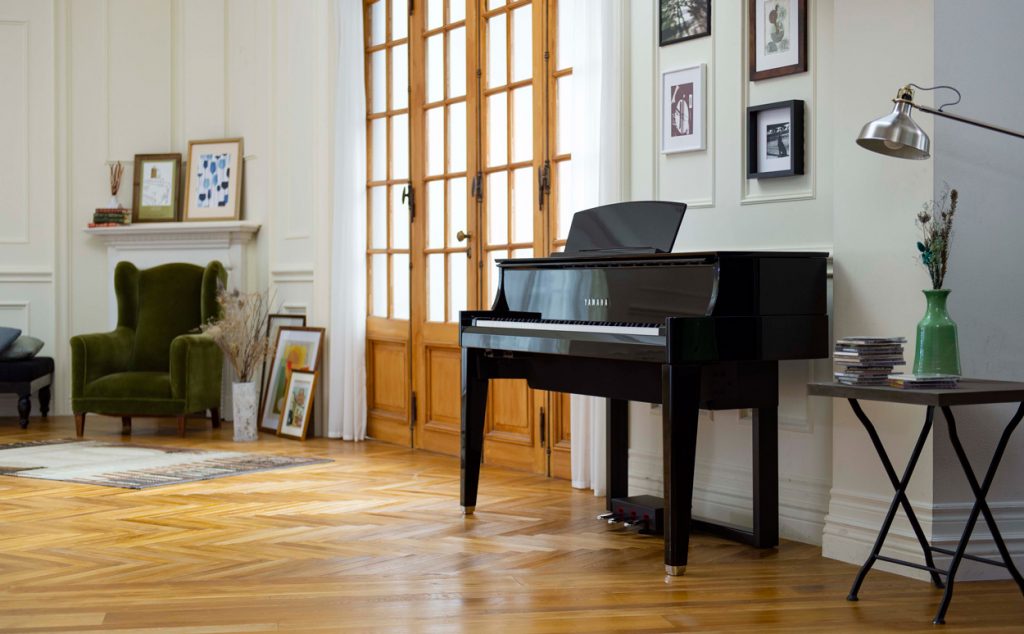 The AvantGrand instruments are hybrids. Yamaha released the first of these back in 2009. And over the years there have been seven models: the N1, the N2 vertical grand; the flagship N3 baby grand (upgraded to the N3X in 2016); the NU1 upright, and from 2017 the NU1X.

Now the AvantGrand N1X follows the N1. This second generation instrument features many enhancements all in a modern space-saving vertical-style cabinet.

Hybrids, such as the AvantGrands, use digital technology to generate their sound, but have a keyboard/action more akin to an acoustic instrument. The N1X takes meticulously recorded samples from the Yamaha CFX and the Bösendorfer Imperial concert grands as the main reference source for its sound engine.

Virtual Resonance Modelling takes this raw information and constructs a sound that responds to all the nuances of an acoustic instrument including, sympathetic string resonance, damper pedal resonance, natural resonance of the soundboard, and more.

A four-channel “spatial” speaker system is used to amplify the sound. This is optimised to ensure that the sound emanates from the instrument in a manner similar to an acoustic piano.

However it is the keyboard and action of the AvantGrand instruments that set them apart. The N1X uses real wooden keys and hammers to give a feel just like that of a grand piano, but the hammers never strike a string. Sensors capture every element of the player’s performance, and the electronics do the rest.

Keyboard magazine nicely described one of the AvantGrand instruments as “a virtual piano for people for whom nothing but a real piano will do”. 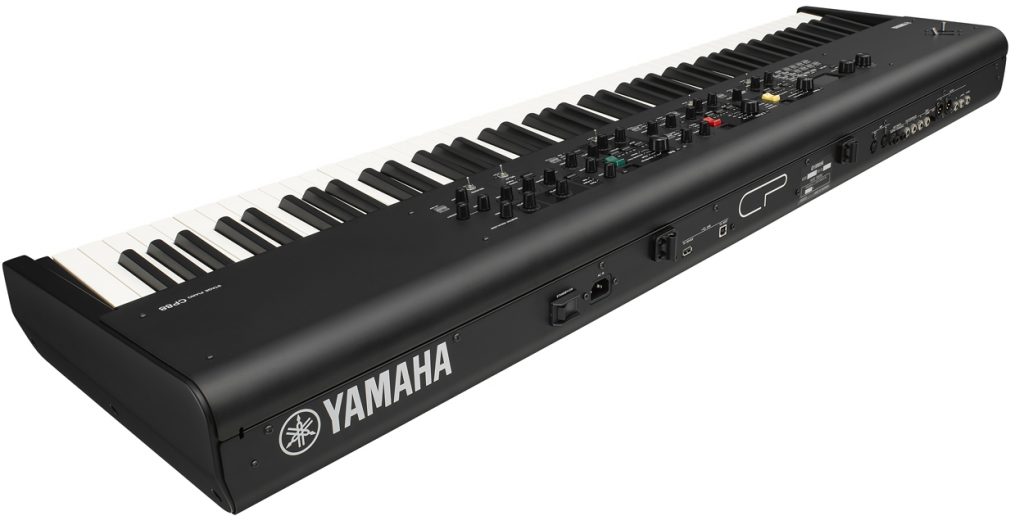 These two new stage pianos are designed for the gigging musician not wanting to completely “blow-the-budget”. Yamaha first introduced the CP range in 1976 with the CP30. This was a very heavy electronic piano with a two-part lid that became the “legs” (support frame). Yamaha also released the CP70 and 80 electric grands in the mid-70s. These had strings and a modified acoustic action, but to used electrostatic pick-ups rather than a soundboard to make them smaller and lighter.

The CP73 and CP88 are fully digital, again using samples from the CFX and  Bösendorfer Imperial. In addition, Yamaha’s S700 grand, U1 upright, SU7 upright acoustic pianos, and the aforementioned CP-80 electric grand are all employed as sample sources.

The Electric Piano voices feature all the vintage tine, reed and clav regulars, coupled with a range of “stompbox-style” effects.

The control panel for the Yamaha CP88 stage piano

These pianos include internal flash memory – they are therefore upgradeable. Yamaha will release additional acoustic and electric piano voices (as well as other sounds) in planned future OS updates.

There are three new digital pianos in the Arius range: the YDP-144, YDP-164 and YDP-S54. These are designed primarily for home use—primarily as an alternative to an acoustic instrument which may be impractical for reasons of cost, size and maintenance. They are also aimed at those learning to play the piano. 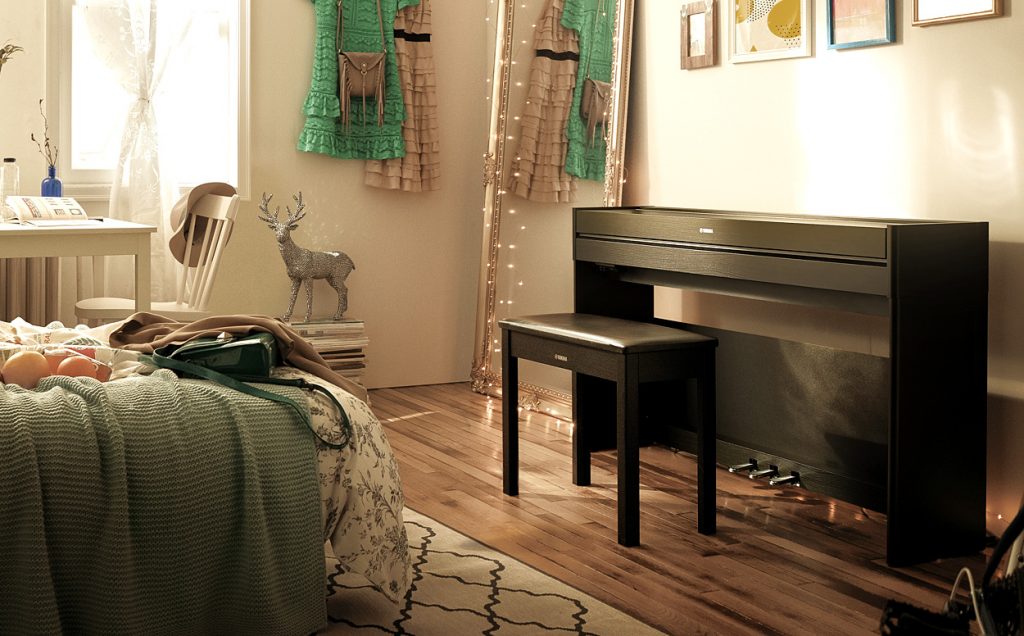 Again samples of the CFX concert grand are at the heart of the sound engine. The YDP-144 employs Yamaha’s GHS (Graded Hammer Standard) key action. This progressively weights the keys toward the bass end. By contrast, the YDP-164 and YDP-S54 use the GH3 (Graded Hammer 3) action with textured, synthetic ivory and ebony key surfaces.

The YDP-S54 features a sleek slimline case. With the lid closed the unit becomes a console-style table, taking up little space.

Find out more about the National Association of Music Merchants (NAMM).