After 3 years of meticulous construction David Klavins will unveil to the world the Klavins M450 Vertical Concert Grand, a 4.5 metre tall vertical piano. This will be the largest upright piano every built. 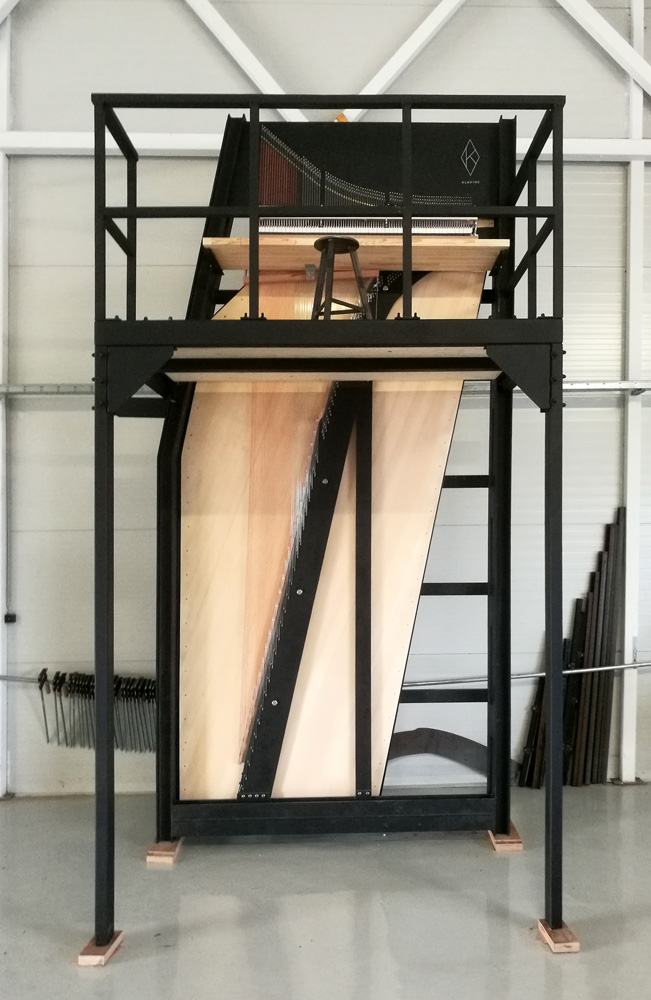 The massive Klavins Model 450 at the company’s Vác facility

David Klavins is a Hungarian piano maker who has spent his life producing pianos that break all the traditional conventions of piano construction. For example, his acclaimed Una Corda piano uses just one string per note instead of the usual three. This gives the instrument the more subtle, delicate tone desired by some composers/performers. The M450VCG, by contrast, has been built to produce the richest, most powerful sound possible.

The design of a piano is a compromise. To produce a lower pitched (bass) note, a string needs to be either: (i) thicker; (ii) longer; or (iii) under less tension. But options (i) and (iii) degrade the quality of the sound. Nevertheless, manufactures, at the risk of introducing harmonic distortion, do use thicker, stiffer strings for the lower notes to make the piano a reasonable size. Klavins has strived to make his pianos as large as possible to accommodate thinner, more flexible, bass strings. 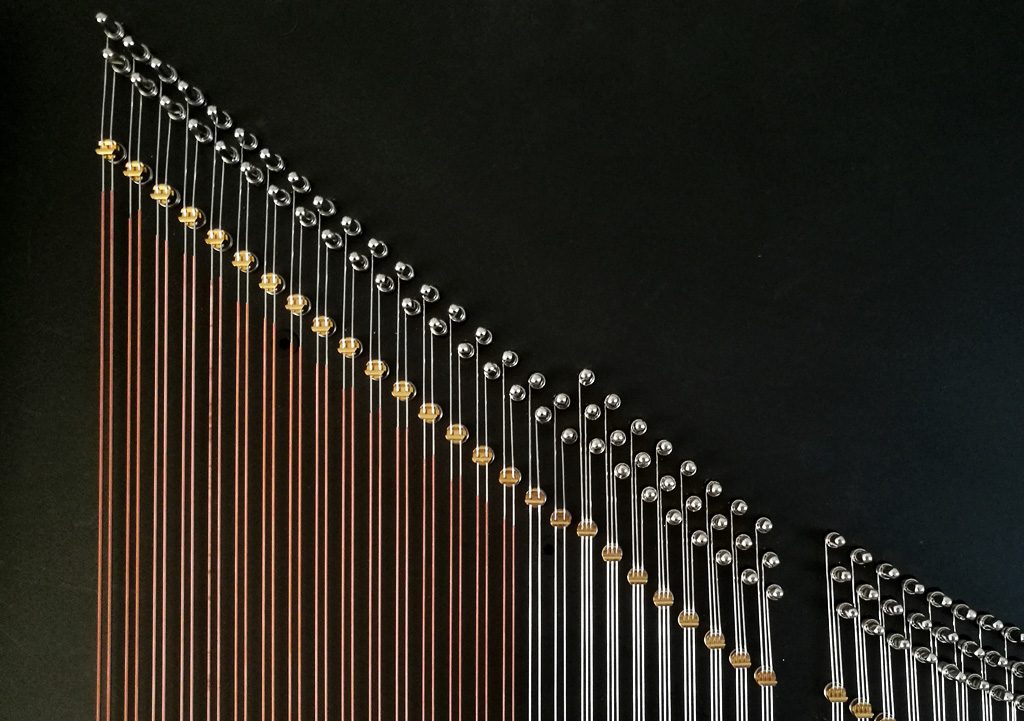 The solid spruce soundboard is 2.5 times that of a typical concert grand piano, giving the piano both a wider dynamic range and an enhanced sustain.

The Klavins M450 will be officially premiered on March 25th, 2018. The afternoon launch will be held at the Boganyi Production facility, Tolmács (nr. Rétság, Hungary) and will include a Q&A with David Klavins, followed by performances by Amanda Bloom and Bruno Sanfilippo.

Later that day, an evening concert, part of Piano Day 2018 celebrations, will be held at the Klavins facility approximately 20 miles away in Vác with Mssrs. Bloom and Sanfilippo playing the Klavins Una Corda piano and some of Klavins’ other instruments.

Tickets (approx. €15-€20) for both events, including refreshments, are available from the Klavins website.

This M450 will then be moved to its final destination— composer/performer Nils Frahm’s new studio at Funkhaus Berlin.

Klavins Piano Manufaktúra Kft. offer a choice of two models; the M450 and also a M450i variant. The latter is designed to be attached directly to the wall of its host building, and has a different platform, stairs and rear leg assembly.