If you are exclusively an acoustic pianist, do read this. It may just whet your appetite…

Modartt is a French technology company specialising in products with artistic applications. Their best-known product is the Pianoteq modelling software which the company developed at the Toulouse Institute of Mathematics. This software facilitates highly accurate emulations of acoustic and electric pianos, and also tuned percussion. 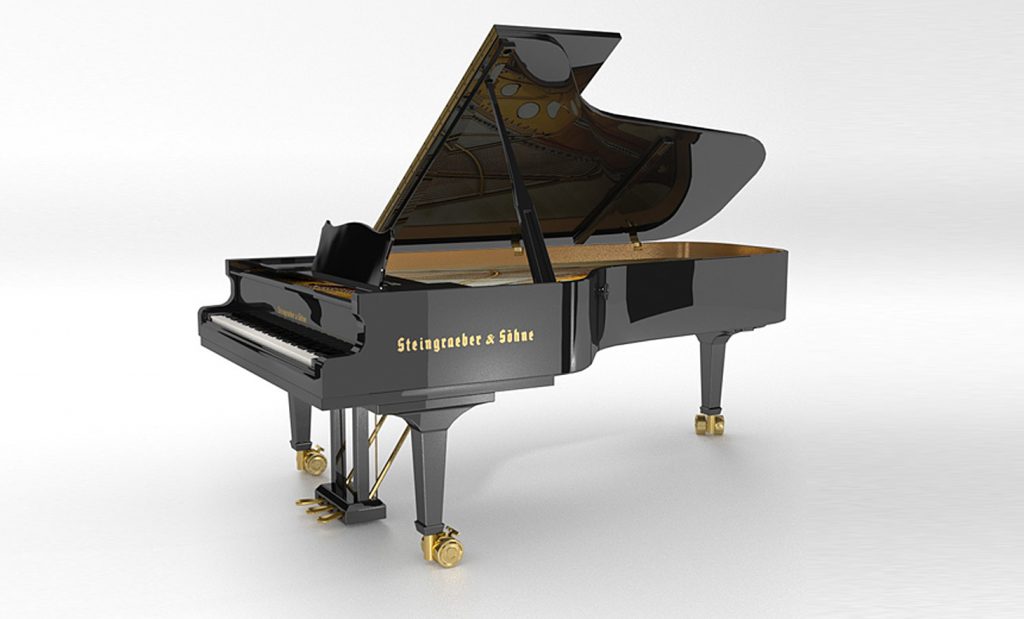 Over the years, the company, which was formed in 2006, has modelled many important keyboard instruments, both current and historic. The latest piano to receive the Pianoteq treatment is the celebrated Steingraeber & Söhne E-272 Concert Grand Piano.

The sound of a piano can be generated digitally either by using samples of existing instruments, or by employing complex mathematical formulae to generate the sound from scratch. In some instances a combination of the two technologies is used.

The former is the easier route, but having many samples for each note (all corresponding to different key velocity levels) is very hungry on memory, and can compromise the dynamic response. There can also be a lack of continuity across the compass of the keyboard.

Physical modelling uses far less memory, and is more precise. However, it does require more computer processing power, and it is unbelievably difficult to get right.

Pianoteq is an advanced modelling engine, which is now in its 6th iteration, and is the market leader. Modartt has modelled a wide range of acoustic pianos including the Steinway Models B and D. Steinway, themselves, have formally recognised the sound quality and playability of these virtual instruments.

The newly announced E-272 Concert Grand Piano instrument pack is also authorised by the original manufacturers, Steingraeber & Söhne. This piano is one of the great European instruments. It is the company’s flagship piano, and has a unique sound particularly suited to the compositions of the great composers.

Its main features include: uniquely shaped sound-reflecting rims; star-shaped/half-timbered braces; and a soundboard that enhances the treble octaves, generating a distinctive singing quality unlike that of other grand pianos. It is this timbral presence that so lends itself to 18th and 19th-century music. In addition, the E-272 has a responsive touch much acclaimed by today’s top professional pianists.

Although physical modelling can’t (obviously) recreate the actual feel of the piano, here it emulates the acoustic instrument’s Mozart Rail and Sordino pedal. Steingraeber lists these as optional extras but are considered by many to be important elements in this piano’s design.

A Mozart Rail is a mechanism reducing the key depth and the distance between hammer and string. It is designed for softer playing. The Sordino pedal slides a very thin strip of felt between the hammers and the strings for a more ethereal sound.

Two instrument packs come with each version. More information can be found on the Pianoteq website.

The virtual pianos are supplied as VST, AU, and AAX plug-ins for use with digital audio workstations, such as Logic Pro X and GarageBand. But they can also be used as “standalone” instruments using the Pianoteq host software.

The new Steingraeber & Söhne E-272 Concert Grand Piano is available as an instrument pack (€49/$59) for existing Pianoteq users. It is included, for evaluation purposes, in the latest Pianoteq 6.2 update. And you can listen to the software here, and try it for free with the trial version of Pianoteq (which has some performance limitations).

Steingraeber themselves utilise the Pianoteq modelling software for their D-232 Transducer Grand Piano. Here we have an acoustic grand piano controlling and amplifying the virtual instrument. The following video provides more information.