Several new virtual piano instrument packs have been released in the past few weeks. These include NOIRE from Native Instruments, and Sampleson’s Model T. 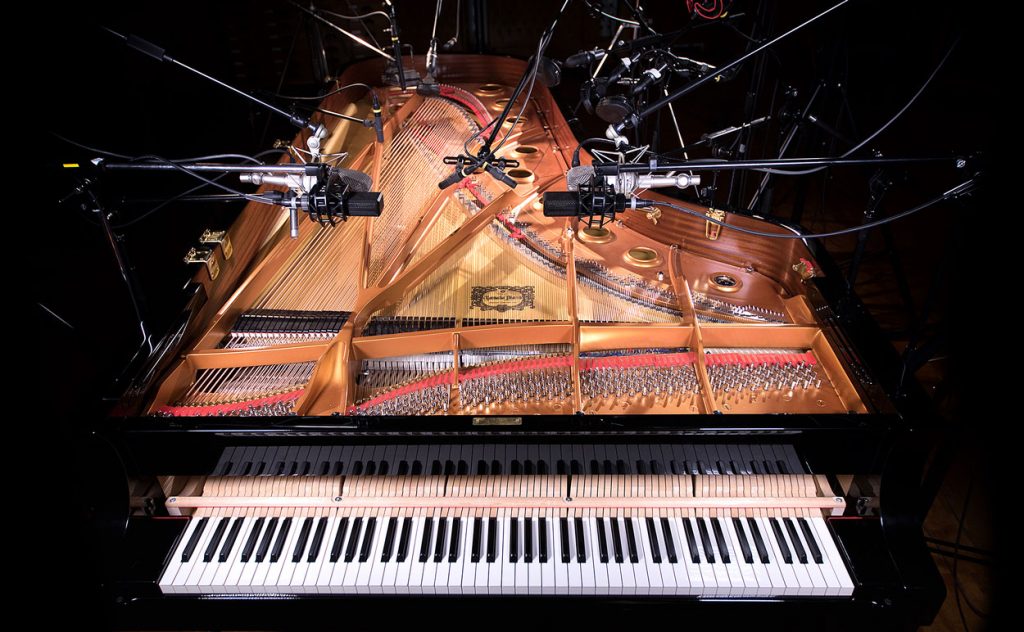 NOIRE takes the 9 ft (275 cm) Yamaha CFX as its sound source. But not just any CFX. The piano chosen is Nils Frahm’s handpicked and specially intonated concert grand. The piano was sampled by Uli Baranowsky and Galaxy Instruments at Saal 3 of Berlin’s Funkaus Nalepastrasse recording studios.

NOIRE offers two distinct sample sets. One is pure piano – the piano “as is”, i.e. a clear unadulterated grand piano tone. A second set of samples was taken with a felt moderator positioned between the hammers and the strings. This provides a gentler warmer tone with a softer attack.

Various characteristics of the sound can be modified including; attack, release, resonance, overtones, velocity curve, and temperament to name but a few. Additional elements can also be applied to the sound such as mechanical noises, sub bass, and eq, compression, reverb, and delay.

One of NOIRE’s most intriguing features is its unique Particles Engine. This is a bit like an arpeggiator but more “musical”, and way more sophisticated.

The software generates clouds of pulsating, swirling harmonic elements based on what is being played. The notes can be programmed to have a constantly changing timbre and stereo position. And the process is displayed in real time by a sort of bubble map. The above video walkthrough explains this more fully. Do check this out. 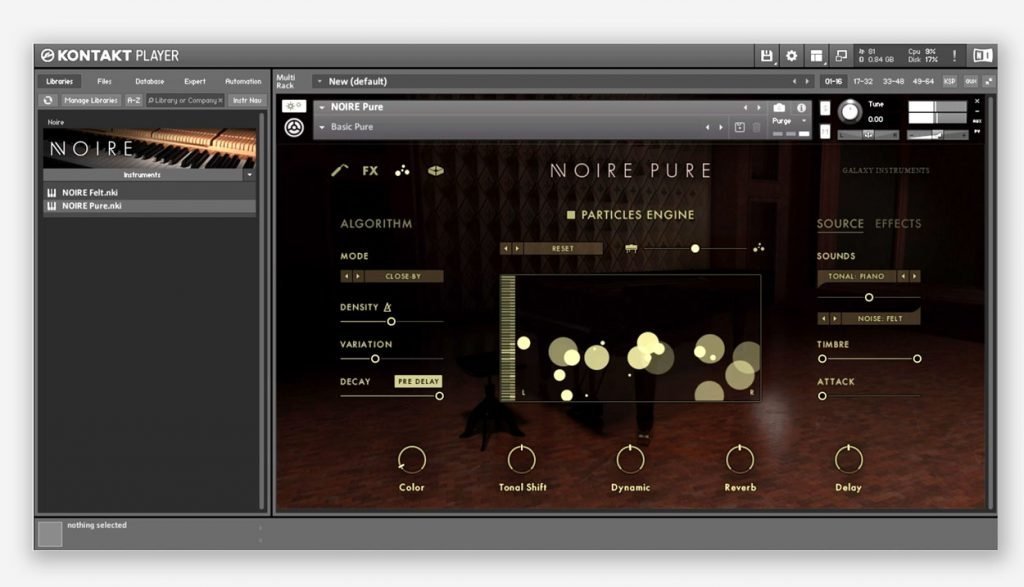 The Particles Engine is a really great tool for generating new ideas.

NOIRE is a KONTAKT instrument. That is to say, it runs within the KONTACT 6 shell, or the free KONTAKT 6 PLAYER, which is compatible with most DAWs. It is available now from the Native Instruments Online shop for USD 149.00 (UKP 129.00, EUR 149.00). 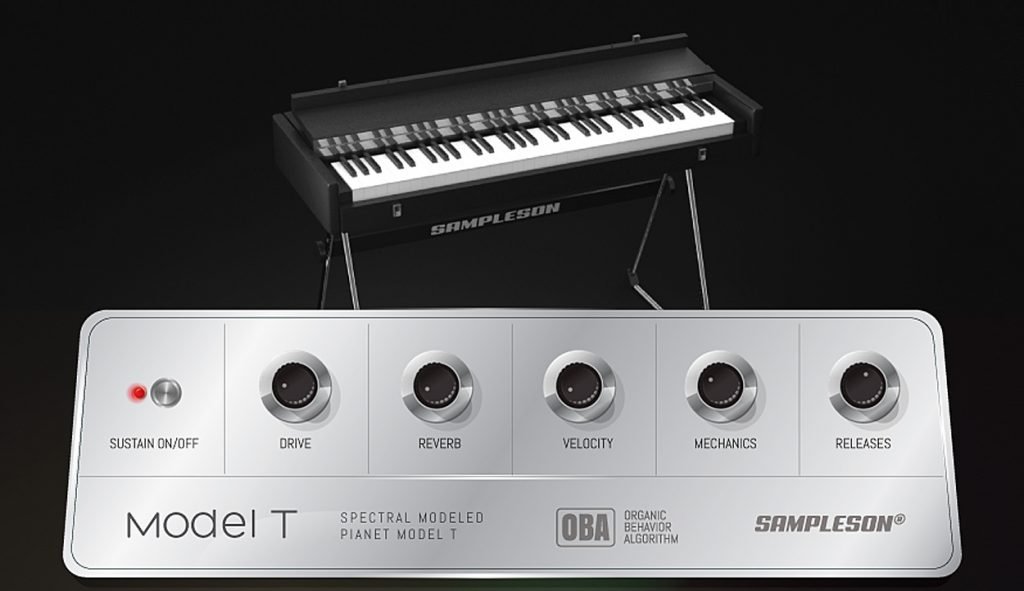 The Hohner Pianet T, with the Model T’s control window in the foreground

These classic 60s-80s electric pianos are emulated using what Sampleson call spectral modeling. This is a form of mathematical modelling* that recreates a given sound by combining a constantly evolving set of harmonics with a noise source.

Sampleson’s Model T virtual piano is, of course, a software model of the legendary Hohner Pianet T (1977-1982). This is one of the simplest electronic pianos ever made, and, by virtue of its affordable price, was many pianists’ first foray into the world of amplified instrumentation.

Vibrating reeds are the Pianet T’s sound source, but unlike the Wurlitzer, which uses a hammer action to vibrate the reeds, the Pianet employs sticky pads. These rest on the reeds, and when a key is pressed the pad pulls on the reed until the stickiness gives way, and the reed starts to vibrate. The concept seems very unlikely, but it works surprisingly well.

Sampleson has faithfully recreated this classic instrument in virtual piano form with one addition. The original, by virtue of its design, sadly didn’t have a sustain pedal. The Model T does.

The Model T is available for Mac and Windows (VST, AU and Standalone,  32 & 64bit) and takes up a mere 30MB of memory. It sells for USD 49.00, but currently is on introductory offer at just USD 19.95. More information and demos can be found on the Sampleson website.

*Note. “modelling” is spelt here with two “l’s“, unless it is referred to by a manufacturer with one.