The ANT. PETROF 275 is one of just a handful of great concert grands. It is also the latest piano physically modelled by French software house Modartt. Their efforts are available as a new instrument pack for the Pianoteq host software.

The news of this software emulation, the first of any Petrof piano, provides an opportunity to take a closer look at this world-class instrument.

The Czech piano manufacturer Petrof was established in 1864, and since then they have produced over 625,000 uprights and grands — more than any other manufacturer in Europe. 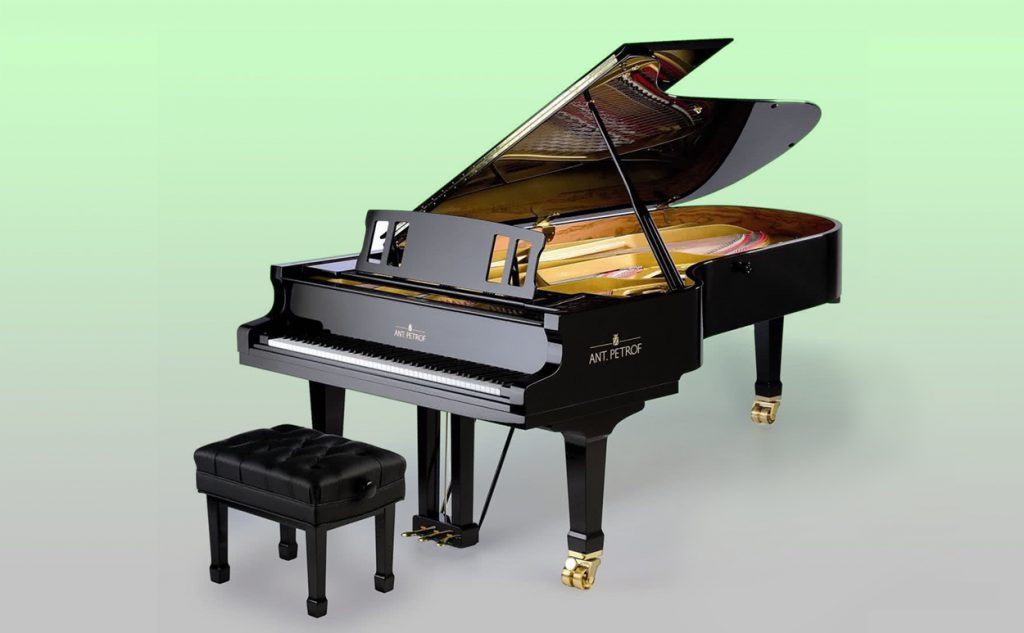 In 2007 the company decided to introduce a new premium brand, ANT. PETROF, in honour of their founder Antonín Petrof. Instruments bearing the new name were to be of the finest quality, utilising the latest technological advances whilst retaining the unique qualities of the Petrof instruments.

The original 19th century Petrof pianos were branded “ANT. PETROF”, and it was for that reason that this abbreviation was chosen.

Forward to 2014, and after 5 years of development and 2 years of testing, the ANT. PETROF 275 appears to much acclaim – celebrating the company’s 150th anniversary. The piano itself, still 75% hand-built, utilises over 50 new design and production techniques.

Only materials originating in Europe are used, and all production takes place at the Petrof factory in the historic town of Hradec Králové, Czech Republic – 100km east of Prague. This is also the hometown of C. Bechstein Europe.

The ANT. PETROF 275 is the brand’s flagship instrument. It is designed for the big stage and has that rich, romantic, “European” sound, full of character.

Deep in Petrof’s premises, there is an anechoic chamber (an intensely quiet, sound-proofed room), and the French software house Modartt used this facility to analyse, in microscopic detail, every characteristic of the ANT. PETROF 275. The company then created their “digital model” of the piano, which is played using their Pianoteq modelling engine. 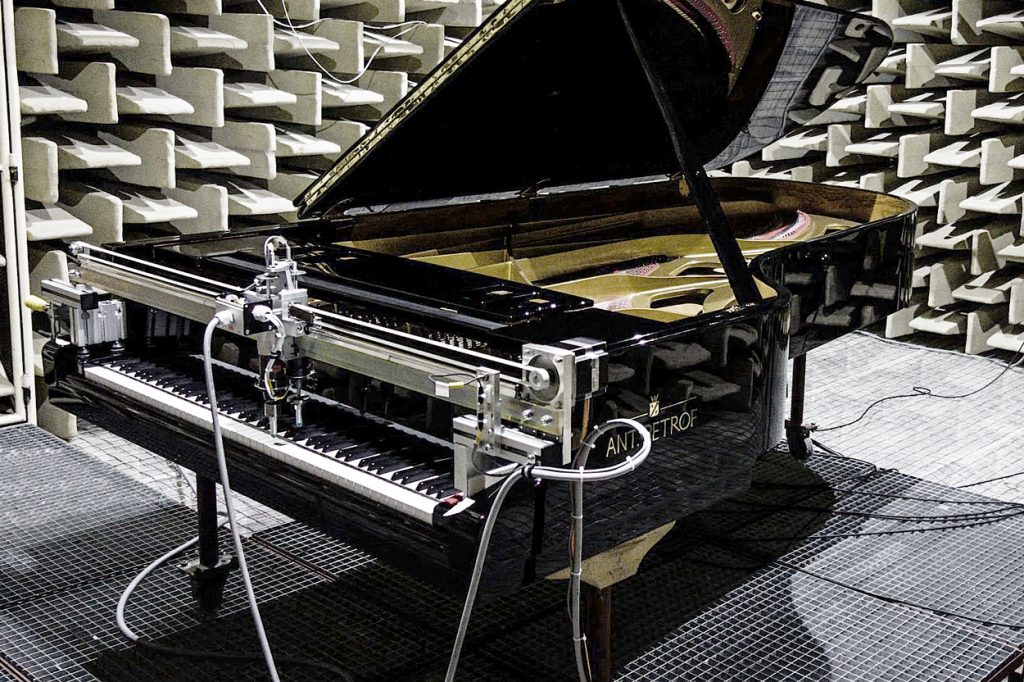 Analysing the ANT. PETROF 275 in the anechoic chamber

A more detailed account of Modartt’s Pianoteq technology, and how it all works, can be found in a previous World Piano News article (here).

To get a really good idea of how this physically modelled instrument performs, check out Phil Best’s video review. You should find it of interest, even if you do consider these computer-driven systems “the devil’s work”!

Screenshots of the virtual ANT. PETROF 275 (hover to zoom)

Promotion. Modartt currently has an introductory offer running until 15 October 2018. Buy the new ANT. PETROF 275 instrument pack and get 50% discount on one additional instrument pack of your choice.