French software house Modartt has added the C. Bechstein D 282 to their impressive range of physically modelled pianos. The release is authorized by Bechstein and is available as an instrument pack for the Pianoteq 6 software. This physical model (with Pianoteq 6) also runs as a digital audio workstations (DAW) plug-in. 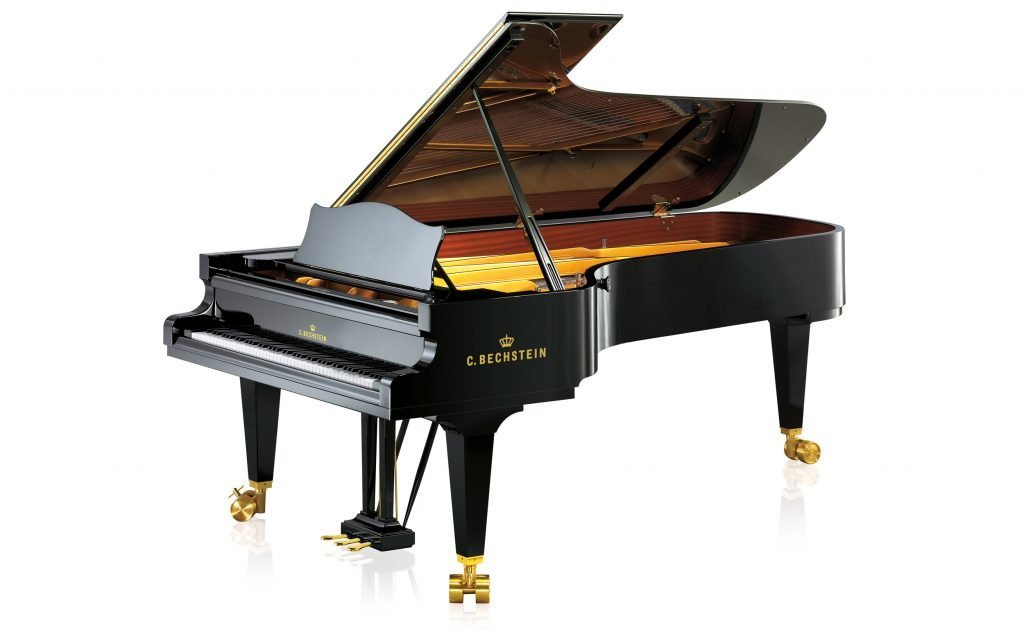 In the digital world (and in simple terms) the sound of a piano can be created in two ways. Either by replaying digitally recorded samples of an existing instrument, or by recreating the sound within a computer using complex mathematical formulae. Modartt’s C. Bechstein Digital Grand falls into the latter camp.

Back in 2016 Bechstein, became increasingly aware that none of the major software houses had released a digital version of their concert grand. They consequently set about producing their own product.

The project took many months to plan. And during this period the company built CARL (Computer-Aided Robotic Lever) to precisely trigger each note.

Bechstein took one of their D 282 concert grand pianos to the famous Teldex Recording studios in Berlin. And over a period of 3 weeks, the instrument was meticulously sampled using just 5 microphones. In the process, the engineers recorded approximately 2 terabytes of raw data.

From these samples, Bechstein’s engineers led by Oliver Hutz, produced the C. Bechstein Digital Grand virtual piano. This works with the Native Instruments KONTACT sampler and with the free KONTACT PLAYER software. It also runs on most DAWs and as a standalone product.

Such was the attention to detail in the recording process that the Teldex samples of the D 282 are considered, by many, to be the best ever derived from an acoustic piano.

More recently Modartt were given access to the raw samples, from which they were able to “construct” its own physical model. And it is interesting to compare Bechstein’s sample-based Digital Grand with Modartt’s mathematically modelled version. 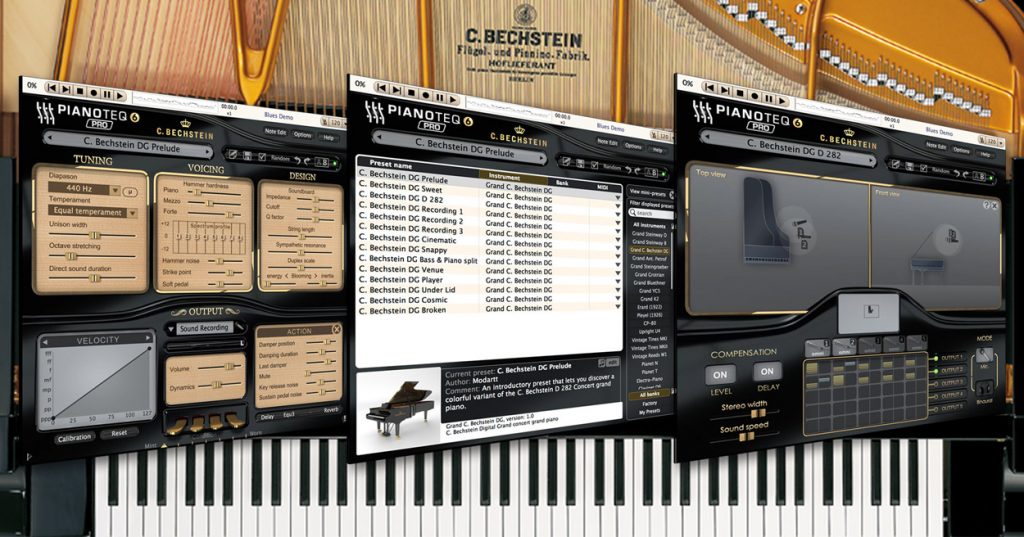 Sample-based software can take up a lot of memory. The Bechstein own Digital Grand utilises 26 GB (compressed losslessly from 80 GB). The Modartt model has a file size of just 2 MB. However, modelling does require more computer processing power.

Physical modelling is discussed more fully in a previous article.

The D 282 was introduced in 1999, and Bechstein is constantly improving and developing the instrument.

It is a powerful instrument — a characteristic derived from the design of its cast iron plate. This power is complemented by a precise action, which gives the pianist a pleasing degree of control, and an enhanced dynamic range. The D 282’s overall tone is fairly bright but also famed for its richness.

The piano is hand-built in Seifhennersdorf, Germany. Each instrument takes around 15 months (420 – 500 hours) to produce. And one would expect to pay in the order of USD 260,000 for a new instrument.

Bechstein’s original Digital Grand has recently been upgraded to version 1.2.0. More information can be found on the Bechstein-Digital website.

Modartt’s C. Bechstein Digital Grand physical model is now available as an instrument pack for existing Pianoteq users. It is also included, for evaluation purposes, in the latest Pianoteq 6.4 update. And it also features in the free trial version of Pianoteq 6 (with some performance limitations).