The NOVUS NV5 is the latest hybrid piano from Kawai Japan. It joins the award-winning NOVUS NV10 in the catalogue. And in simple terms, the NV5 is the “upright”, and the NV10 the “grand”. 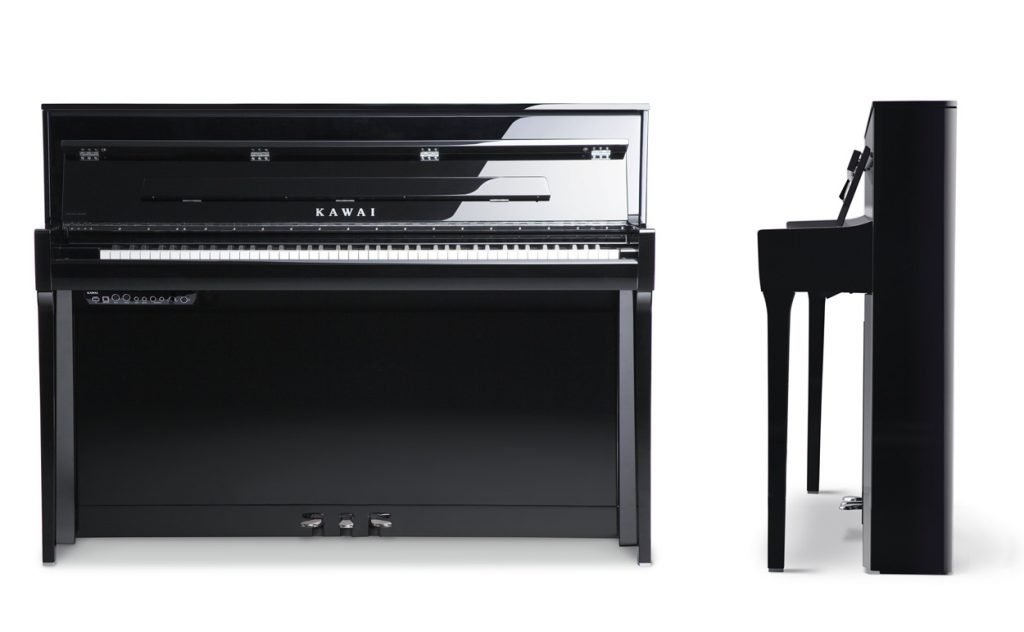 Front and side views of the new Kawai NOVUS NV5

Kawai introduced the NV10 in October 2017. Since then, the instrument has received much critical acclaim. The new NOVUS NV5 will appeal to those who found the NV10 just out of their budget. It is approximately three-quarters the price. But as the comparative spec sheet below shows, the NV5 has virtually all the digital features of its elder brother.

The main difference between the two instruments, however, is the keyboard. The NV5 uses Kawai’s Millennium III upright keyboard action. This is a hybrid of the action from Kawai’s “K” Series of professional upright pianos. High precision optical sensors meticulously capture the exact movements of the and use this information to control the piano’s digital sound engines. 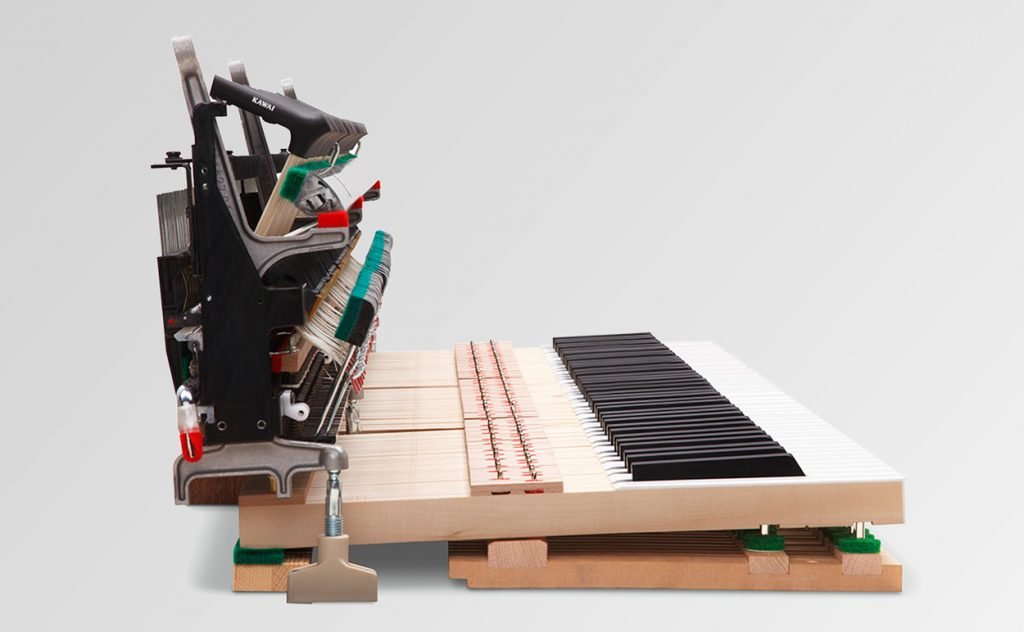 Incidentally, the hammers here are made of ABS rather than felt, as they don’t actually strike any strings. They are also individually graded in weight from bass to treble to ensure a more realistic touch.

A hybrid piano is generally considered to be a digital piano fitted with something akin to a traditional acoustic piano action. There are no strings as the sound is produced electronically. Some hybrids, instead of simple speakers, have a soundboard to which a series of transducers are fitted. These convert the output signal from an instrument’s digital sound engine into physical vibrations of the soundboard. Much like the bridge of an acoustic piano conducting the vibrational energy of the strings to the soundboard.

Kawai regularly collaborates with leading Japanese audio equipment manufacturers Onkyo on the design of the output and the amplification stages of their high-end digital instruments. And the NOVUS NV5 has a powerful Onkyo six-speaker system. This works in conjunction with Kawai’s new TwinDrive soundboard technology. Here the speakers handle the higher frequencies, whilst a real wooden soundboard amplifies the lower bass elements of the sound. 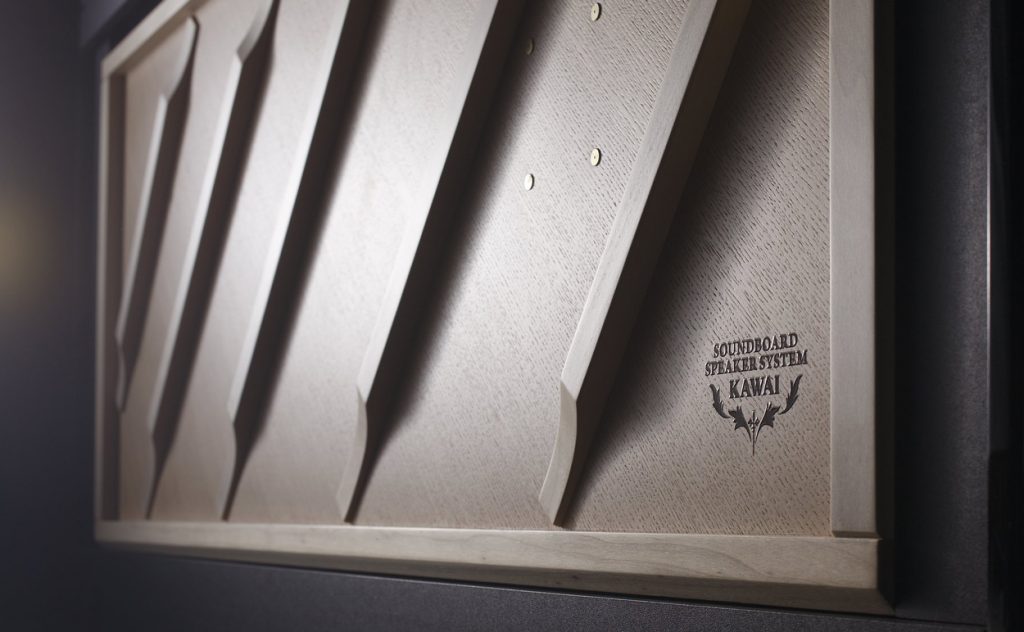 Onkyo also developed a special headphone amplifier for the NV5. This is used in conjunction with Kawai’s Spatial Headphone Sound (SHS) to give the best possible private listening experience.

As a result of using an upright action, the relative dimensions of the NV5 differ from those of the NV10. The width is much the same, but the NV5 is taller and not as deep (which you would expect of an upright). The music rests and soft-closing fallboards also styled as on grand and upright instruments. 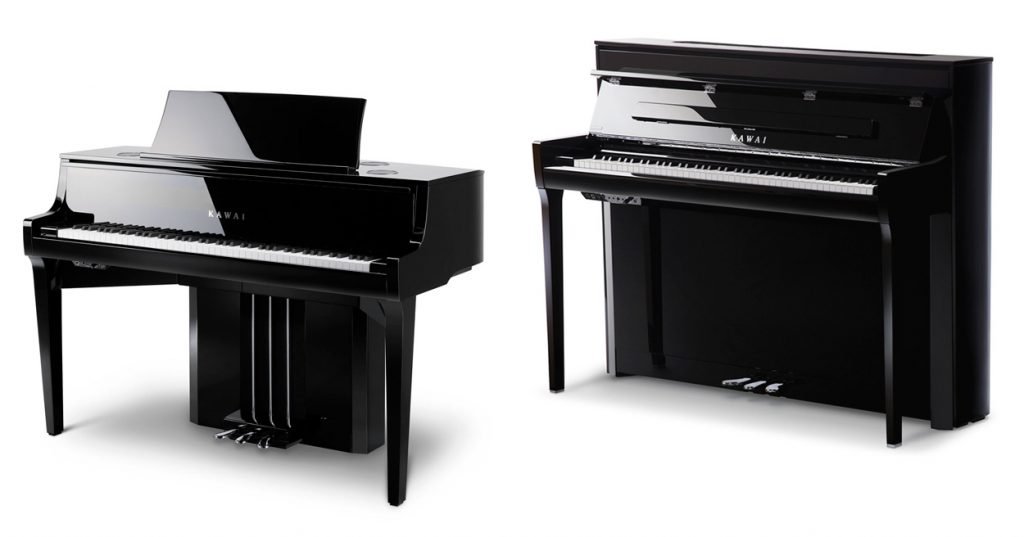 Sound Mode, by contrast, utilises Kawai’s Harmonic Imaging XL Sound Engine. This offers a greater range of tones and more functionality. Here you can layer and split a typical collection of piano and other acoustic voices.

The NOVUS NV5 brings Kawai’s excellent hybrids to a wider customer base. Those familiar with the NV10, or in fact anyone who has used any of Kawai’s other hi-end digital pianos, will instantly feel at home with the NV5. The appearance of the NV5 now raises the question, “What will be the next model to appear in the NOVUS range?” 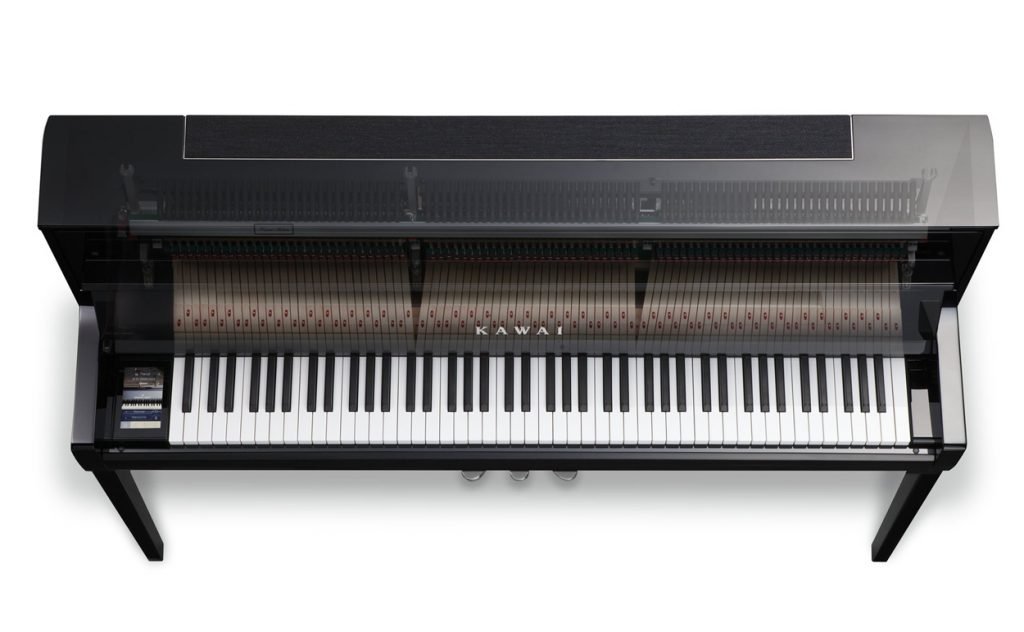 The spec. sheet (below) provides more information, as does the Kawai website.