The German/Austrian piano manufacturer Feurich has just released a special edition of their Model 123 — Vienna Modern upright piano. And it’s all about copper. 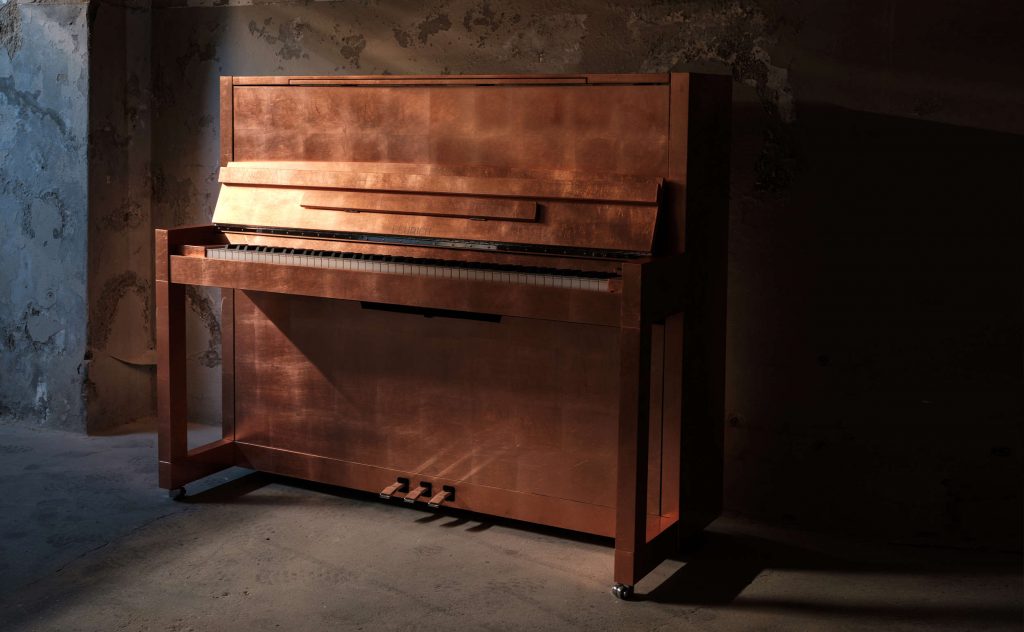 The original Model 123 — Vienna, when introduced in 2016, was somewhat groundbreaking. The action (Feurich’s KAMM Action) is very light and very fast, akin to that of a concert grand. And the keyboard itself is totally lead-free.

An interesting feature of the “Vienna” is the rectangular drop-down “window” set in the front panel. When open this allows for sound to emanate directly from the soundboard towards the player providing a brighter, fuller sound. 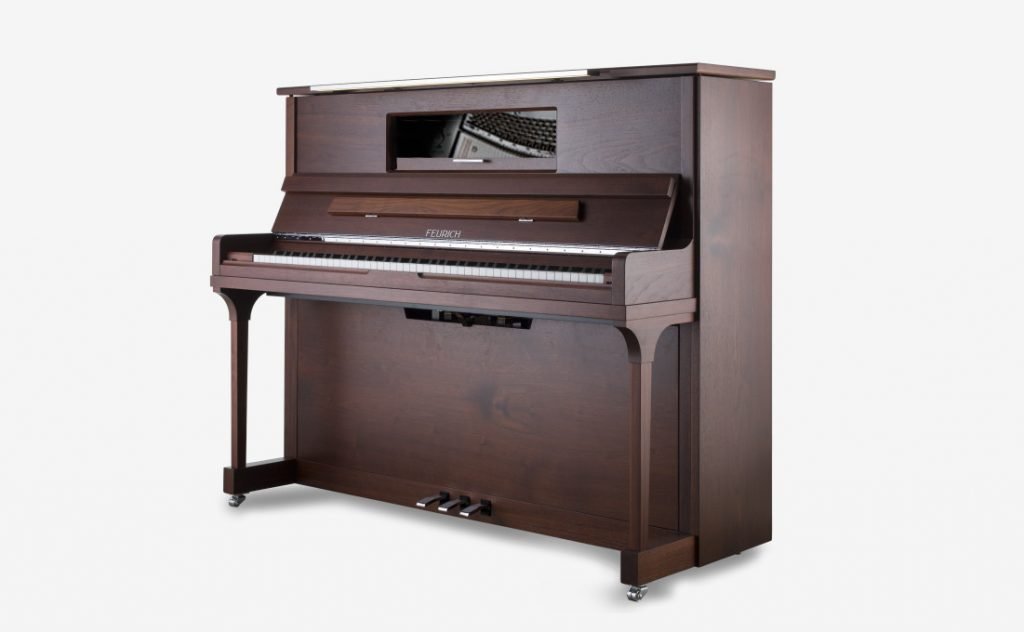 The entire casework is removable, which allows the piano to be played “au naturel” (if so desired). And this feature makes it easy for Feurich to customise the casing on request.

This led to the introduction of the Model 123 — Vienna Modern in 2018. Essentially this takes the standard “Vienna” version and gives it a more angular styling. The opening panel has gone, and the overall design has a Bauhaus-like feel.

Now Feurich has gone one stage further and introduced the stunning, special edition, Model 123 — Vienna Modern Copper. “The Copper” (as it is apparently known), is a further modification of the Vienna Modern casing. Gone is the walnut veneer. The wooden casework (real, not MDF) is now entirely covered in copper foil. A subsequent lacquer coating contributes to the beautiful and stable finish. 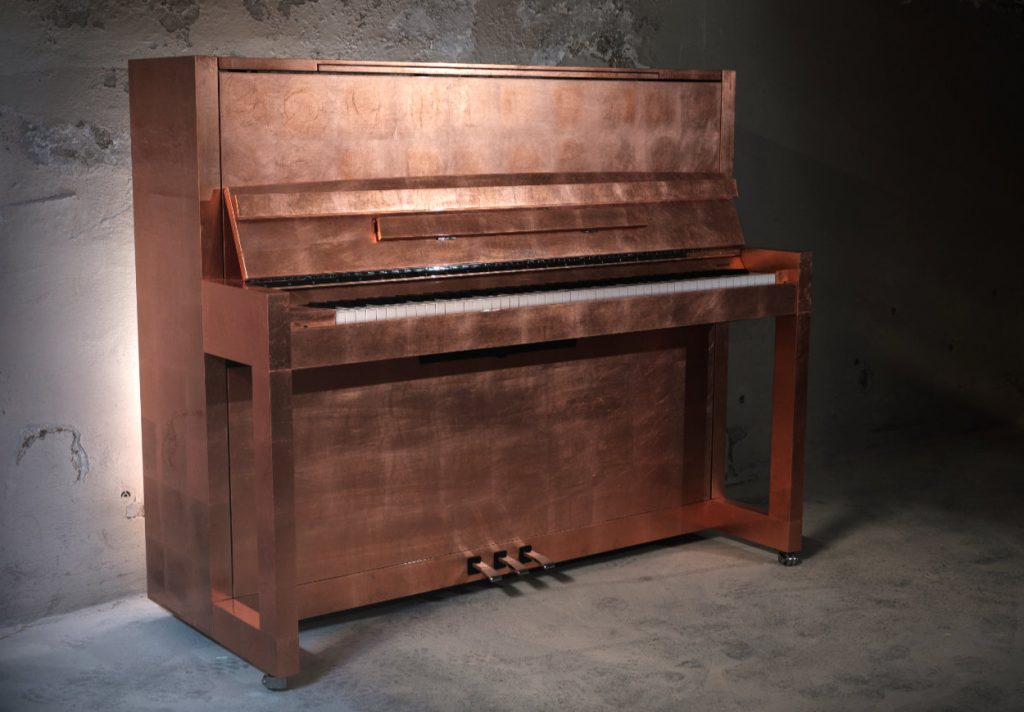 The copper foil has no effect on the sound or performance of the piano, but it does give the instrument a stunning, unique look — especially under stage lighting.

A Brief History of Feurich

Feurich was founded in Leipzig, Germany back in 1851 by Julius Gustav Feurich. It became an important manufacturer in the early 20th century and a member of the renown German “Group of Five” piano makers. However, the Second World War caused considerable hardship for the German piano industry, and survival was the prime focus.

At the end of the 1950s, to avoid nationalisation, Feurich moved from East to West [Germany] and by 1980 was fully re-established producing 2000 uprights and 300 a year.

The ownership of the company has changed over the years. Bechstein purchased it in 1991 but sold the name back to the family in 1993. In 2003 Feurich, now based in Vienna, in partnership with the Hailun Piano Co. Ltd. moved production to Ningbo, China.

But in 2016 the company established the Vienna Production Centre in the heart of the and set about producing “Made in Austria” branded pianos. The first being the Feurich Model 123 — Vienna. The company continues to have production lines in both Austria and China.

Price: €16,900 (may vary depending on territory)
Availability / Delivery to be confirmed at time of ordering.

Feurich have hinted that further special edition Model-123s may appear in the future.

More information on both the company and it’s pianos is available on the Feurich website.

One thought on “The Feurich Model 123 – Vienna Modern Copper”

• What is a Piano Baby?
• The Best TV Ad Featuring a Piano?
• The Rhodes Piano is Back
• Small Sized Keyboards


• The White House Pianos
• Piano Sanctuaries: Good or Bad?
• The Grandest of Grands
• The Hidenburg’s Blüthner Piano
• The World’s First 9-Octave Piano
• The First Ever Recording of a Piano