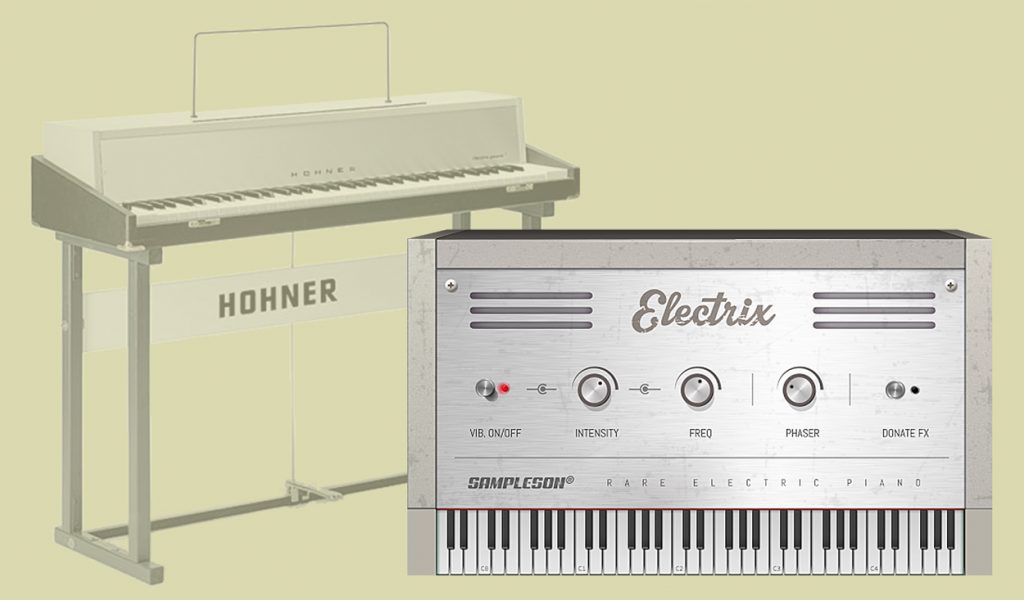 This has prompted a closer look at the famed, almost legendary, Hohner instrument. This is a much acclaimed electric piano but is something of a rare beast.

Hohner, a German company, was established in 1857 by clockmaker Matthias Hohner. Their first product was a harmonica – the instrument for which the company became famous. They subsequently produced a whole host of different instruments including kazoos, recorders, melodicas, banjos, guitars, accordions, and ukuleles.

In the 1950s they started making electromechanical (known more commonly as electric) pianos. This type of instrument uses a keyboard action to make a string or a reed vibrate, and the resulting oscillations are amplified and processed to produce a piano-like sound.

The first of Hohner’s electric keyboards was the Cembalet (1958 to 1971)—a plucked-reed based electric piano. The Pianet (c1962 to c1982) followed—similar to its predecessor but using a sticky pad to “activate the reed”. Hohner’s most famous keyboard was the Clavinet (c.1964 to c1985)—an electric clavichord, popular for its funky, percussive sound.

And then there was the Hohner Electra Piano. This can be considered as the missing link between the Fender Rhodes and the Wurlitzer electric piano. Initially, this was designed as a home piano. It featured a 72 note keyboard housed in a wooden upright styled case. This incorporated 4 speakers and sustain (damper lifting) and soft (a graded volume control) pedals. 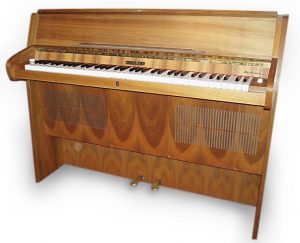 The Electra Piano has a simple piano action, for which Hohner inventor Ernst Zacharias, received a patent in 1969. An asymmetric tuning-fork, with a reed rather than a tine, is the vibrating medium. This is struck by the action’s hammer and a series of pickups feed the induced electrical current to the instrument’s amplifier. It is the tuning-fork / pickup combination that gives the Electra Piano its unique “dirty-harp” like sound quality.

The most famous recording to feature the Hohner Electra Piano is Led Zeppelin’s “Stairway to Heaven” (1971). It was regularly used by their keyboard player John Paul Jones on most of their studio albums. The band didn’t, however, use the instrument live as they found it’s timbral subtleties got lost on stage. It also appeared very briefly on the Beatles track “Come Together“.

But probably the recording that best demonstrates the timbral quality of the Electra Piano can be heard on the 1973 Nucleus album “Labyrinth“. Here jazz pianist Gordon Beck plays an extended solo on the track “Ariadne“. Well worth a listen!

However, a few years later, Hohner did develop a stage version of the instrument – The Electra Piano Model T. 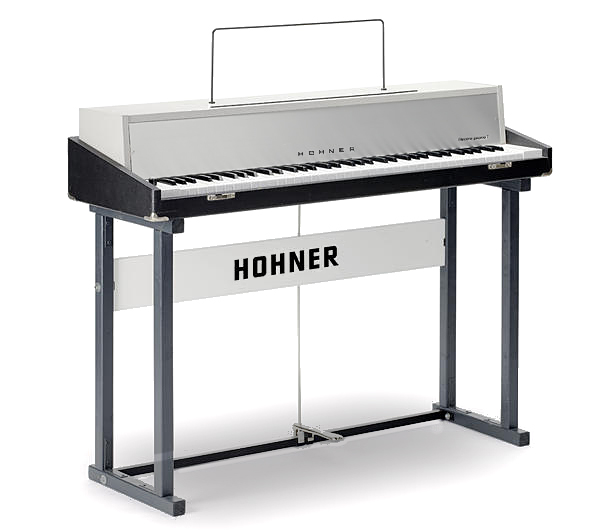 The aforementioned jazz pianist Gordon Beck was actually a Hohner endorsee. And to make his Electra Piano more portable he had stripped out the amplification and re-housed the instrument in a smaller, more manageable casing. He showed his efforts to Hohner and they picked up on the idea.

In 1974 they released the Electra Piano Model T, which came built into its own road case. Although highly praised, only a few were ever made, and consequently today they are extremely rare. 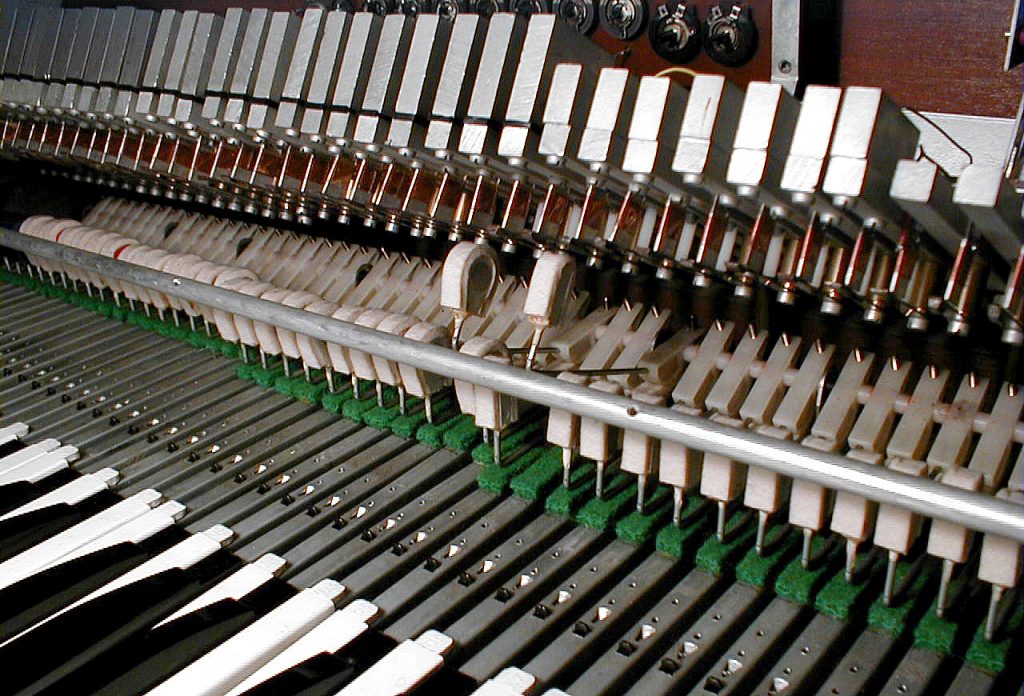 But now you can access, albeit as a software emulation, the sound of the Electra Piano Model T, and for free. SImply go to the Sampleson website and download the Electrix plug-in. You can also download a host program for playing the sound as a standalone sound source. The plugin has no real editing facilities but does allow the user to add vibrato and to apply phasing.

If you decide to keep the plugin, you can (and should) donate whatever sum you like to the company.

Users of the excellent Pianoteq software can also access the Electra Piano. The EUR49.00 Hohner Collection instrument pack features four keyboards – the Electra Piano, the Clavinet D6, the Pianet N and Pianet T. Here you have much greater control over the sound’s tonal and response parameters. More information can be found on the Pianoteq website.

The image of the Electra Piano’s action was kindly supplied by Jens Lüpke at Taste & Technik, Hamburg, Germany.