Bösendorfer have announced a stunning new grand piano – the Dragonfly. This is the fourth in a series of special edition art-case pianos from the Austrian manufacturer. Bösendorfer will produce just 18 Dragonfly pianos, and each one (based on their Model 200 grand) will be supplied with an individually numbered brass plate. 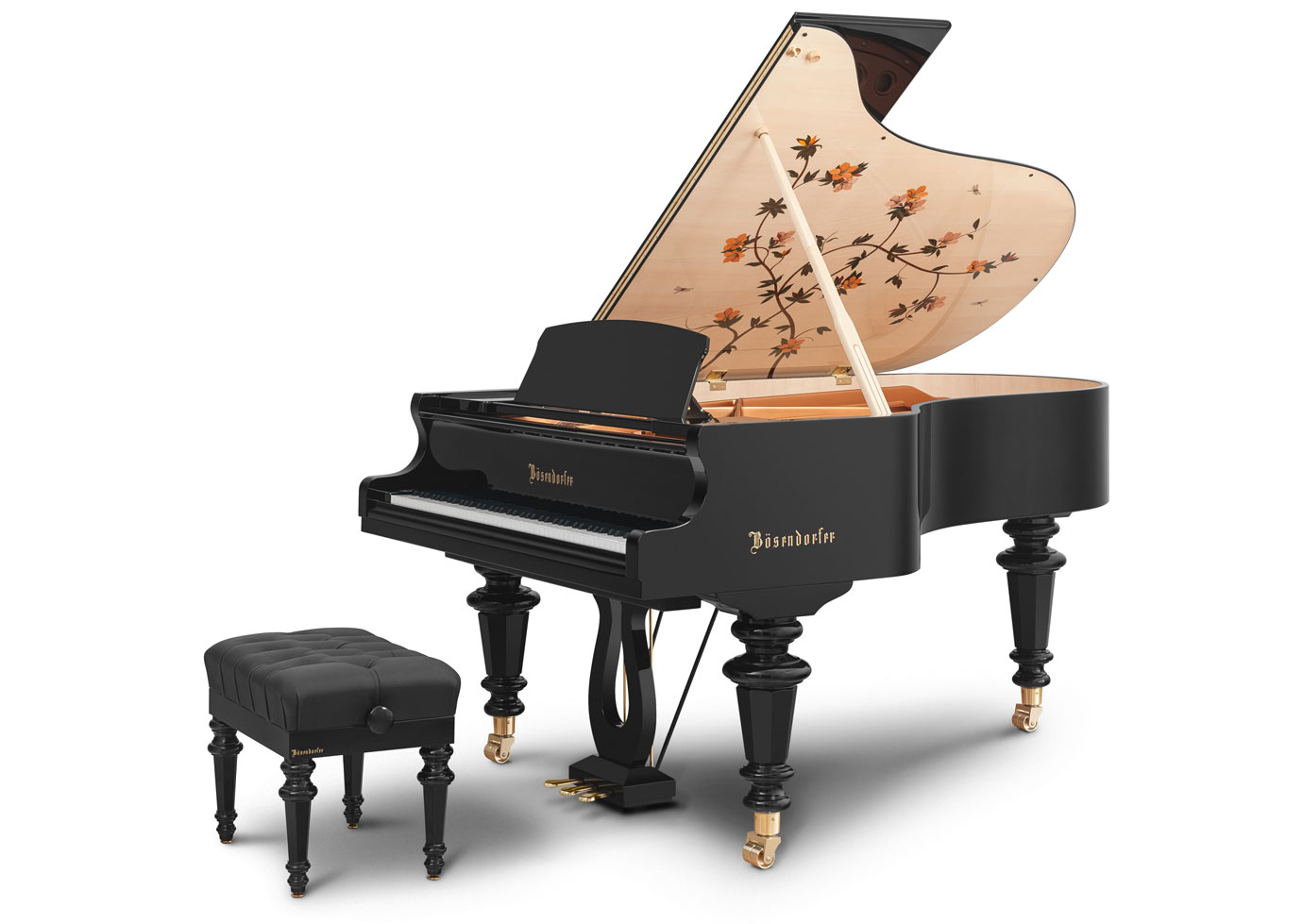 Bösendorfer’s “Dragonfly” grand piano – the latest in the Marquetry Series

The Marquetry Series began in 2013 when the company produced “Hummingbirds”; this was followed in 2015 by the “Schönbrunn”, and in 2016 by the “Butterfly” – all limited editions.

Marquetry is the art of creating a picture or design from many pieces of veneer. The process differs from that of inlaying, which uses a solid sheet from which shapes are cut out and filled with another material. 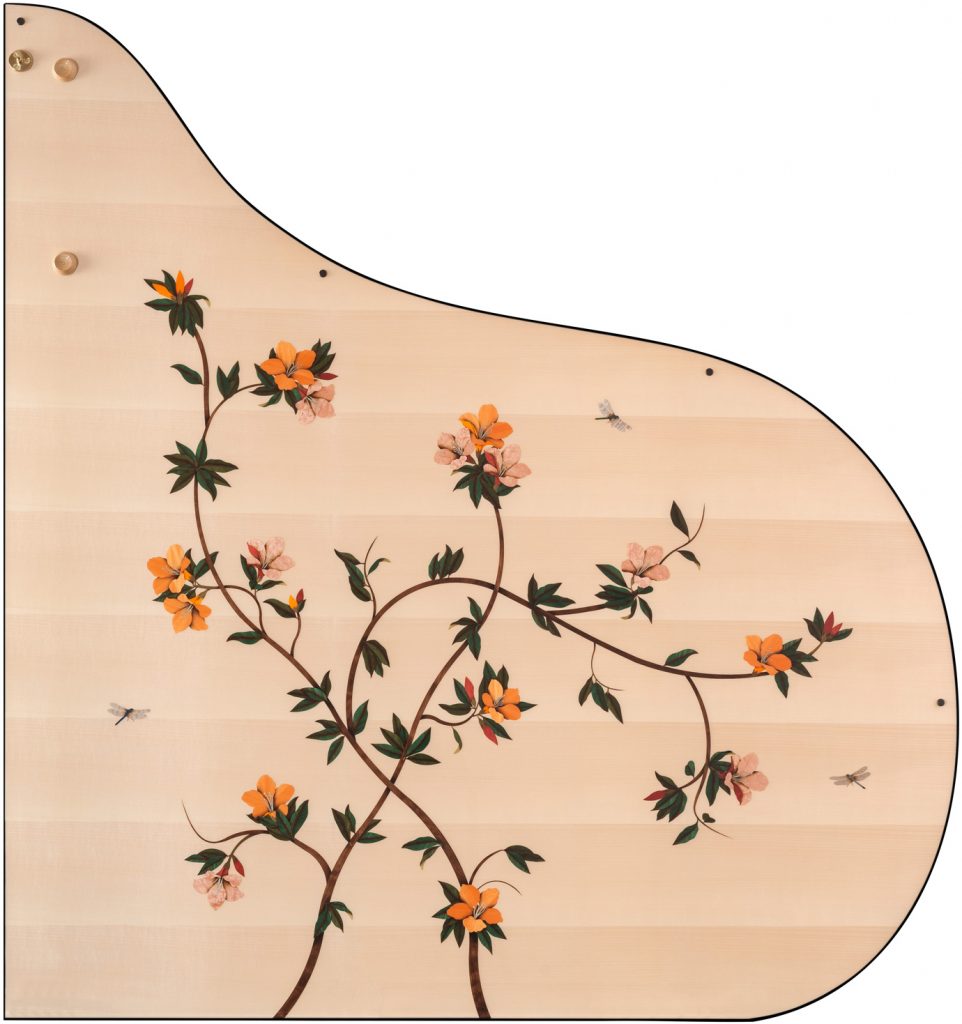 The Dragonfly, like its predecessors, uses a traditional sand shading technique on the coloured wood. Many veneers are then used to create the desired image. These include tulip wood, English and American burr walnut, birds eye maple, ripple sycamore. myrtle burr, silky oak, and eucalyptus. 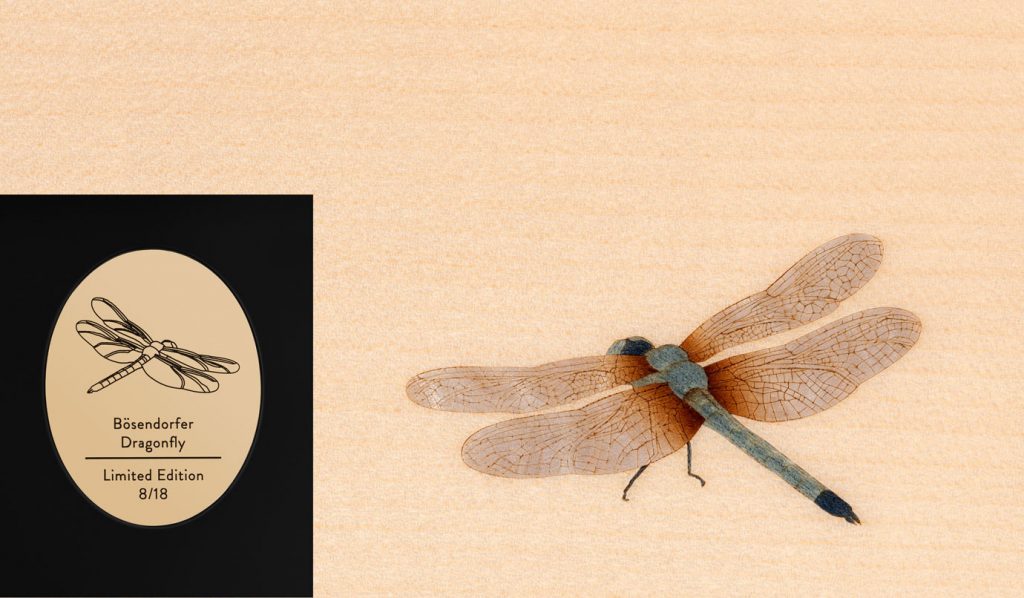 Pianos from the Marquetry Series feature beautiful patterns inside the lid. The designs are natural images inspired by the Viennese Schönbrunn Palace and gardens. This was the summer residence of Empress Maria Theresa and her husband, Francis I, Holy Roman Emperor, members of the Austrian Habsburg (Hapsburg) Imperial Family.

Countless fine examples of marquetry can be found within the Imperial Palace, and whilst many historic pianos included marquetry designs, very few have been re-envisioned for the 21st century. This gives these new pianos an additional air of opulence and quality, and Bösendorfer feel that the Dragonfly will make a real design statement in the home of any would-be owner.

Pianos from the Bösendorfer Marquetry Series include the following features:

The Bösendorfer Dragonfly Limited Edition Model 200 Grand Piano (MSRP: $199,999), will ship in January 2018. More information can be found on the Bösendorfer website.

L. Bösendorfer Klavierfabrik GmbH is a wholly owned subsidiary of Yamaha (since 2008).