A broken old straight-strung (and that’s relevant!) piano has been transformed into a unique hybrid that now incorporates 20 other instruments. And it is turning heads. 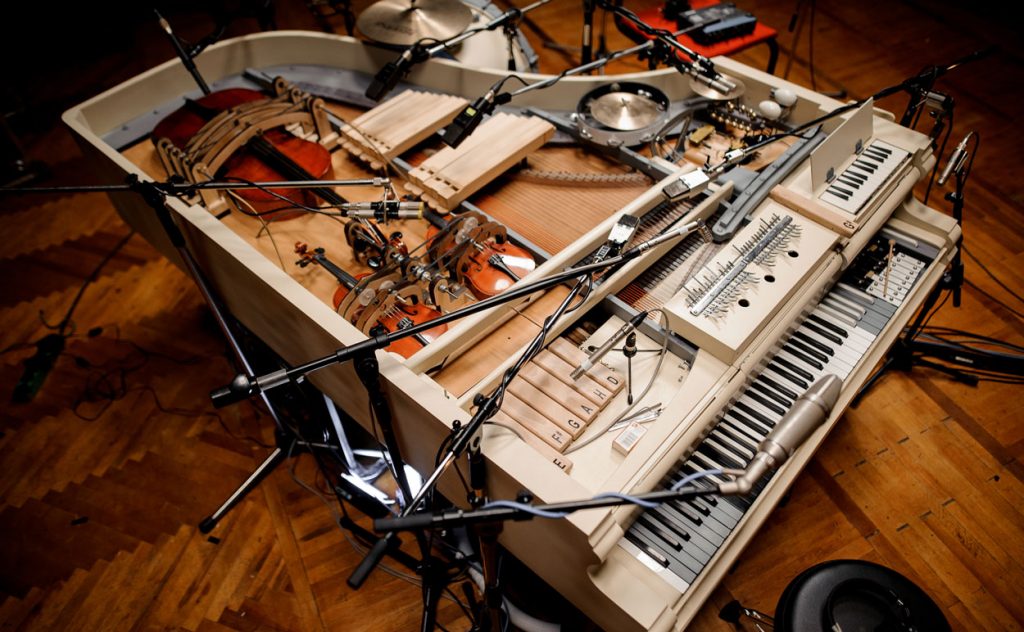 We often think of a hybrid as an amalgam of an acoustic and a digital piano – typically using an acoustic action to trigger digitally-generated sounds. But here we have a different kind of hybrid, and it is all acoustic, no electricity is used anywhere.

This “multi-instrument” was designed by members of the acclaimed Ukrainian band Brunettes Shoot Blondes.

The band happened upon a neglected grand piano from the late 1800s in a small western Ukrainian town, and the idea of a super-instrument materialised. They took the dilapidated piano back to the capital of Ukraine — Kiev, and the transformation process began.

As it happened, the piano Brunettes Shoot Blondes rescued was straight-strung, i.e. the strings run perpendicular to the keyboard. Modern pianos are cross-strung (overstrung), with the strings set at an angle to the keys to save space.

This allowed the band to retain the piano’s middle octaves. The upper octaves were removed and replaced with percussion instruments. And the vacated lower octaves fitted with a small organ, strings, and tuned percussion, etc. 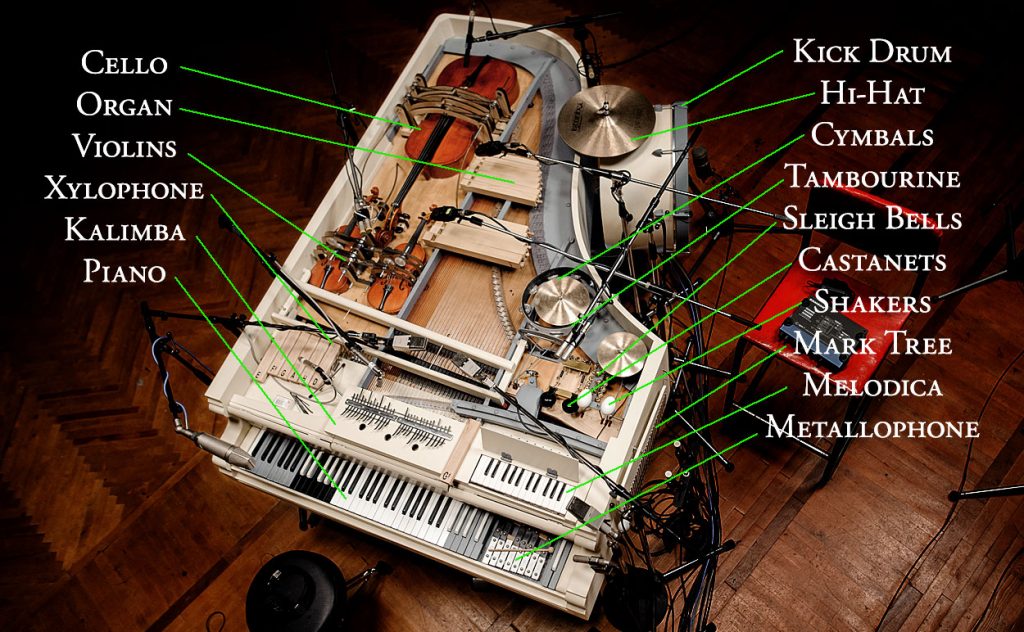 The piano’s main keyboard “plays” most of the new additions. Some of the keys activate hammers to strike the various percussion instruments. Whilst in the lower octaves, certain keys cause a rotating wheel to rub against the strings of the violins and cello — rather like a hurdy-gurdy, or even a geigenwerk (look that one up!).

Air for the organ and melodica is generated from a pump and bellows mechanism. This requires priming for a few seconds before playing.

But at the end of the day, it should be emphasised that this instrument is totally acoustic and 100% mechanical.

“We were obsessed with an idea to make all the mechanics between the instruments work with no electricity. One of the most difficult tasks was incorporating a small organ.” – Andrew Kovalov, BSB’s musician/songwriter and concept creator.

As the above video illustrates this remarkable instrument represents more than just a visual exercise. This piano has been “repurposed” to great effect. And the end result makes imaginative and constructive use of a once-abandoned instrument.

2 thoughts on “One Becomes Twenty — A Unique Hybrid Piano”