Sunburst is a legendary colour finish used primarily for electric and semi-acoustic guitars. The best known examples are found on the Fender Stratocaster and Gibson Les Paul. Many of rock’s greatest names (Dylan, Clapton, Hendrix, etc.) have chosen to play sunburst guitars. There are several types of this finish. Here the classic “three-colour sunburst” version features a golden-yellow centre, cross-fading through a band of red, before becoming black at the edge. 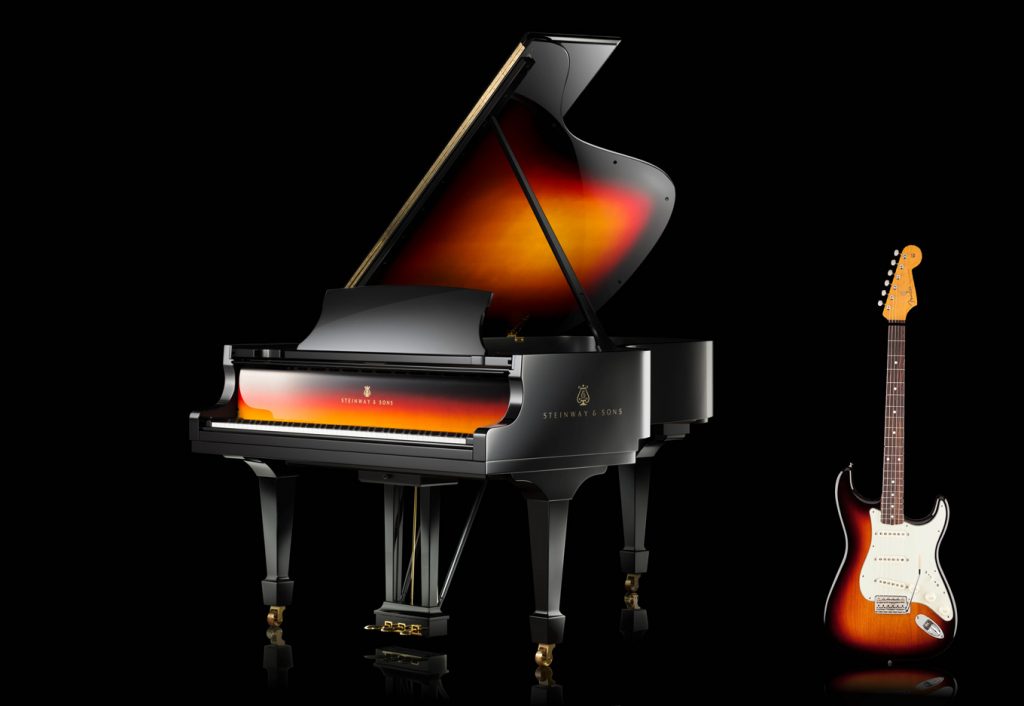 Steinway Model B and Fender Stratocaster both with a sunburst finish

On February 7th, at a celebrity event at London’s Abbey Road Studio 2, Steinway & Sons unveiled a striking new instrument — the Steinway Sunburst. This is a Model B piano featuring an intense explosive sunburst design inside the lid and on the nameboard, honouring the rock heritage of the finish.

The Steinway Sunburst was developed at the company’s Hamburg factory, in collaboration with Wolfgang Niedecken and Michael Nass from the German rock group BAP. 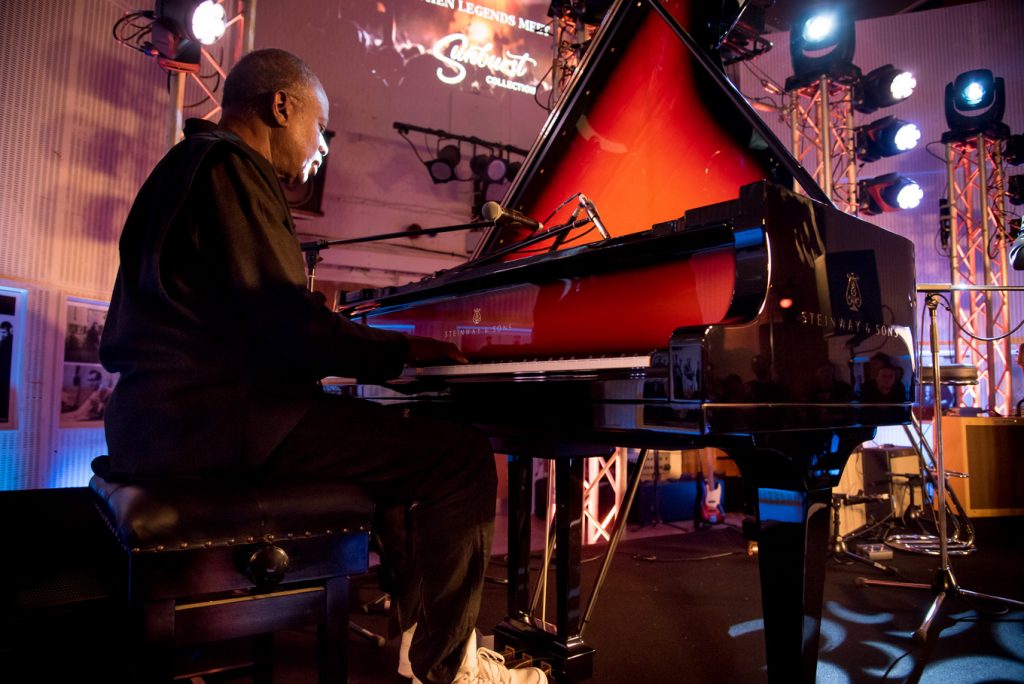 David Sancious at the Steinway Sunburst

The Model B is a 6ft 11in (classic) grand piano. It weighs 345kg. It suits a wide range of applications, including larger homes, teaching studios and mid-sized venues. Steinway first made this model in 1878. It is their best selling piano.

Guido Zimmerman, VP and MD of Steinway & Sons Europe explained the reasoning behind the instrument, “Steinway Sunburst pays tribute to the many rock legends who have inspired generations from past to present, to the future – just like our Steinway & Sons pianos. With Sunburst, we’re reaching out to music enthusiasts who enjoy both the perfect sound of a Steinway & Sons grand piano as well as a quirky and legendary design.” 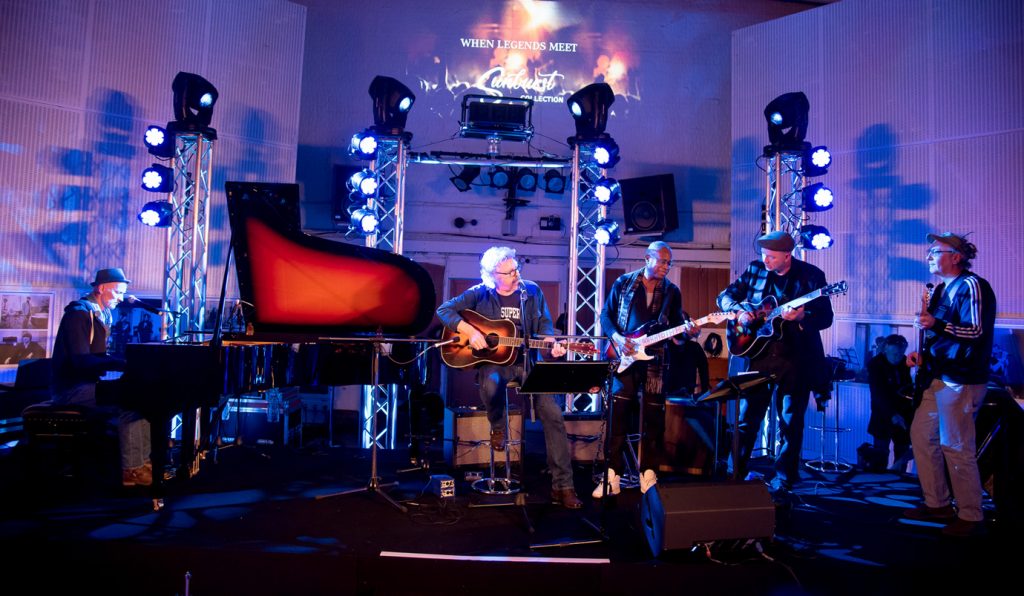 The Sunburst Steinway really does look good in a live group setting. It seems to generate a warm feeling that perhaps an all-black instrument fails to deliver.

Unfortunately, this is a limited edition instrument. Just 69 pianos are available for worldwide distribution. Steinway chose this number as it, “celebrates the year 1969: the year in which Woodstock took place, when the Beatles released their legendary album Abbey Road, and when Led Zeppelin debuted, just to name a few.”