Mid-August (2019): Sarah Nicolls launches a Kickstarter campaign to fund the Standing Grand Project. The aim is to develop an upright piano that has a grand’s fullness of sound, but which is also compact, lightweight and portable. 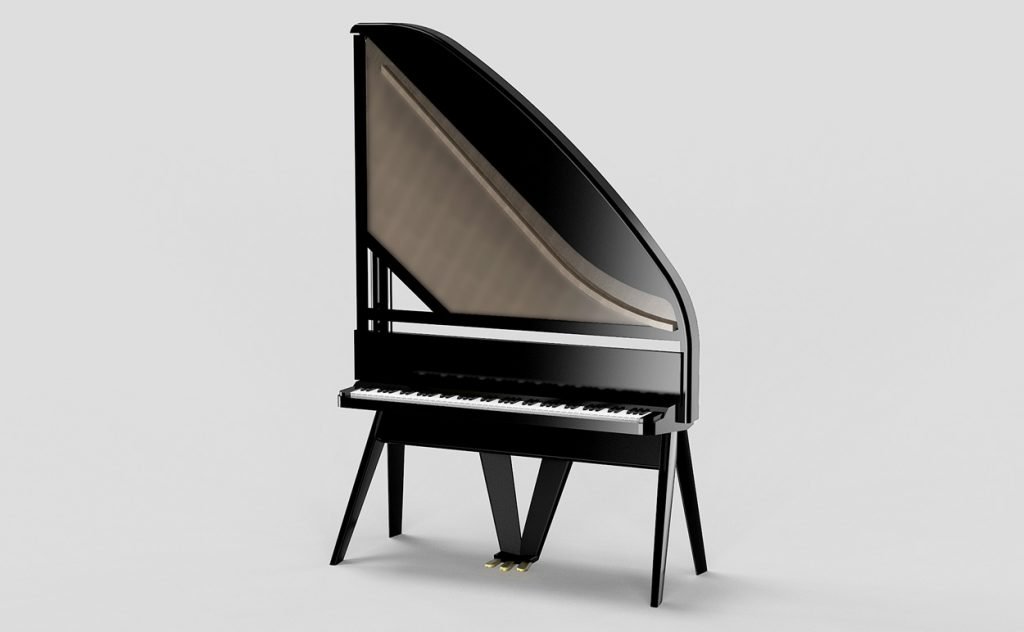 A visualisation of the Standing Grand Piano, produced by Keechdesign UK

Nicolls, a pioneering experimental pianist and composer, has considerable experience in this area. She has already developed the Inside-Out Piano (with the help of Pierre Malbos). This is a vertical grand (acoustic) with a specially constructed back-striking action. The format allows easy access to the strings, which Nicolls plays/activates directly. This vastly extends the range of sounds produced by the instrument. Nicolls regularly performs with the Inside-Out Piano at music festivals around the UK.

A grand piano has longer strings than an upright, and this generates a much better sound. But with greater length comes greater size and weight. And taking a grand piano on tour is not for the faint hearted. 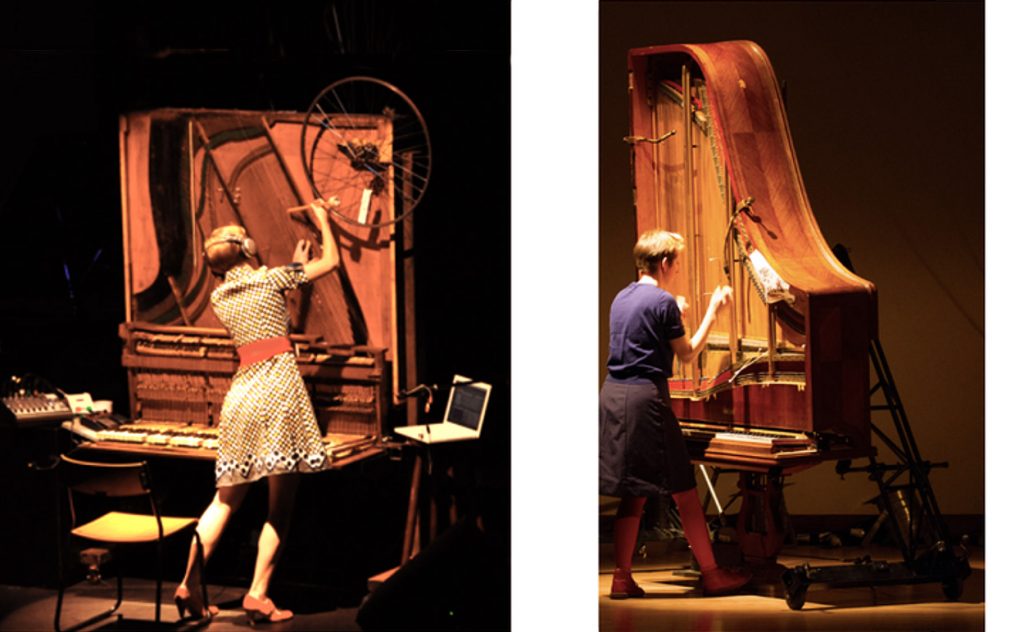 The team plan to produce an acoustic grand piano that weighs just 82kg and has the same footprint as an upright. A typical grand weighs over 400kg.

To realise the project they will use a combination of traditional materials (wood and metal) and advanced hi-tech composites. They have already developed a super-strong lightweight strut capable of coping with the 30 tonnes of tension required to keep the strings of a piano taut.

Using composites is an expensive business, and consequently, the team turned to crowdfunding to finance the project.

If you feel you’d like to help do visit the Future Piano teams funding page. Various “Rewards” are available.

Sarah Nicolls is a UK-based experimental pianist and composer. She was previously a Senior Lecturer at Brunel University. Now Artistic Director of BEAM Festival, she also works regularly with the London Sinfonietta and is often heard on BBC Radio 3.

One thought on “The Standing Grand Project”