Phoenix Pianos are an innovative UK piano manufacturer. They are a bit different to other producers in that they tend to break the rules. They bring 21st century technology to an industry that is steeped in 19th century tradition. Their instruments are quietly revolutionary—and arguably the most technically advanced pianos available. 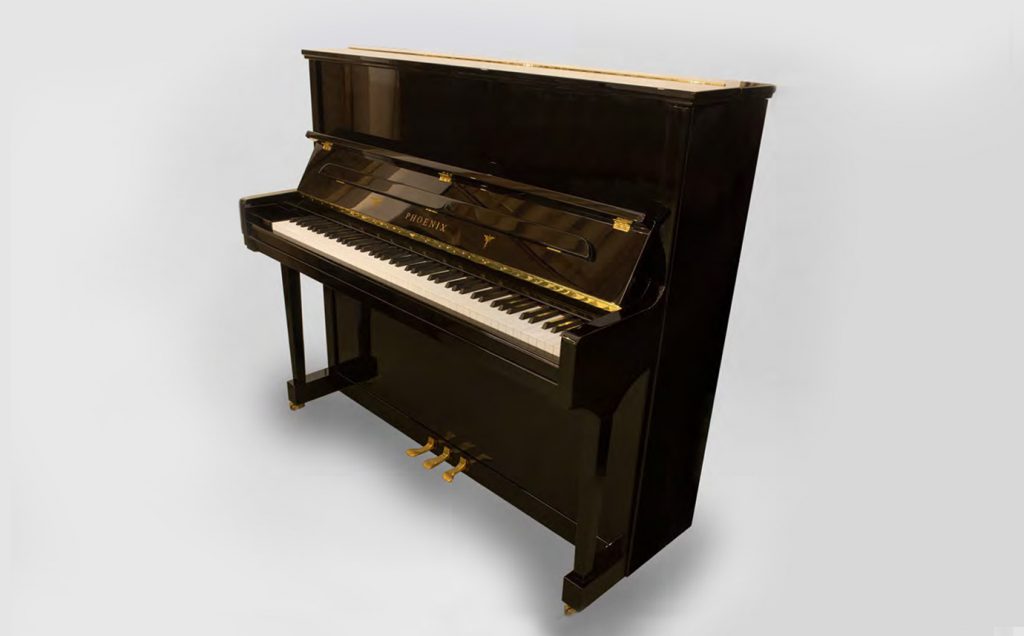 Phoenix’s philosophy, and I quote, is “to use state of the art acoustic and computer science to improve the power, lengthen the sustain of the notes and enhance the artist/instrument interface of modern pianos whilst producing an instrument of longer quality life and one that is significantly more tolerant of adverse climate conditions”. They closely collaborate with German manufacturer Steingraeber and Söhne.

Probably the most significant advance championed by Phoenix is the carbon fibre soundboard. This has five layers, each with directionally controlled fibres. A traditional wooden soundboard uses the grain to direct the sound, but this is emulated by a thin, low mass, “sheet” with a comparatively high elasticity, and uniform thickness. This makes the soundboard highly efficient, with less of the vibrating strings’ energy lost in translation. 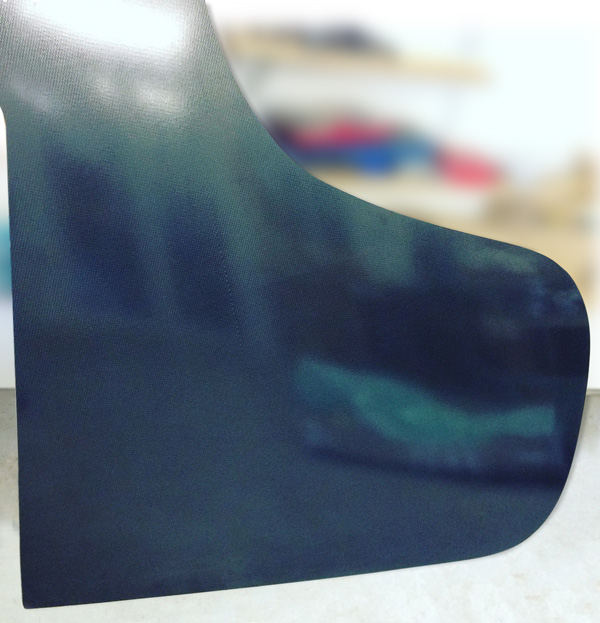 A carbon fibre soundboard (from a grand piano).

Phoenix have also developed a patented bridge technology, which both reduces the load on the soundboard and increases the amount of energy transmitted to the carbon fibres. The reduced strain on the soundboard has the additional benefit of prolonging its life.

But why am I writing about all this today. Well, Phoenix sent me a link to a new video they’ve just released featuring their Model 130 upright piano, and it is impressive.

The recording of Oliver Poole playing the Phoenix 130 was engineered by James Bacon of Piano Recording. A stereo pair of RN-17 condenser microphones placed at head height about 2.5 metres away from the front of the piano captures the natural panorama. An additional Sonotronics “Sigma” ribbon microphone picks-up the sound directly from the soundboard.

Listen to the video and close your eyes. Is that an upright or a grand? Do share your comments below.

2 thoughts on “The Upright that thinks it’s a Grand”