Steinway & Sons have just announced their latest Limited Edition grand piano—the Teague Sketch 1111. 1953 was Steinway’s 100th anniversary, and Walter Dorwin Teague, an American industrial designer and architect, was commissioned by Steinway to create an instrument celebrating the event. Teague came up with a design that epitomised the American mid-century modern style, being both simple and sophisticated in appearance. 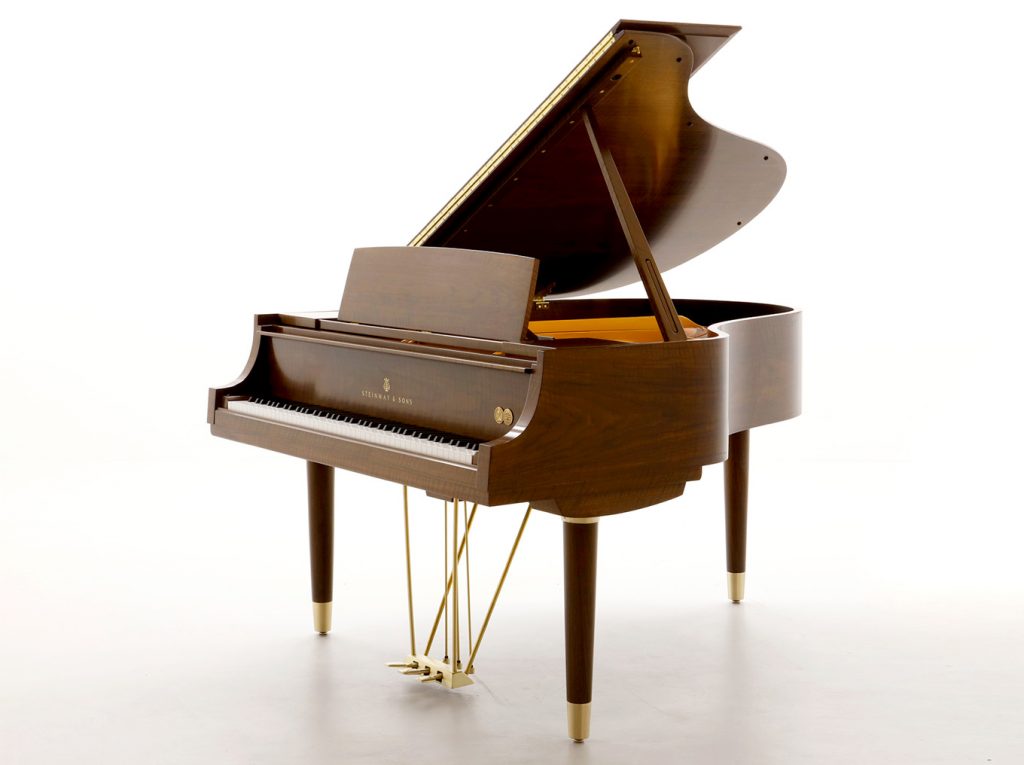 In recent years mid-century modernism has become increasingly popular. Author Cara Greenburg originally coined the term in her acclaimed 1984 book Mid-Century Modern: Furniture of the 1950s. Steinway regularly receive requests from designers and clients for instruments that compliment this style. The company therefore think that a re-release of this design as a Limited Edition, will prove very popular.

The piano itself, based on the Model M grand, has a sleek appearance. The case is simple and streamlined. It features tailored arms and tapered legs with brass ferrule accents (the bits at the bottom of the legs). The nameboard includes two small overlapping medallions celebrating Steinway’s original anniversary “A Century of Service to Music 1853 | 1953 New York”. It is also equipped with Steinway’s high resolution player piano system—Spirio.

The Model M, as discussed in previous posts, is one of Steinway’s best sellers. It was first introduced in 1911 as the company’s smallest grand piano. Henry Ziegler is credited with the scale design, which he based on that of the Model O. Today, at 5’7” (170cm), the piano is fractionally longer than the original model.

Teague (1883-1960) was a pioneer of industrial design. He was an architect, illustrator, typographer, and entrepreneur, and being both a classicist and traditionalist, was a leading figure in the American mid-century modern movement.

His firm, TEAGUE, with over 180 in-house designers developed iconic products for many of the great US companies including Ford, Kodak (Brownie cameras), Polaroid, Boeing (interior of the Stratocruiser), Texaco and of course Steinway. The company continues to this day.

Many of his designs appeared across the 1939 World Fair (New York). One was a stunning Steinway piano with a maple veneer case and gilded ornamentation. This was an art-case Model D concert grand, and shown in the United States Pavilion. The piano is now in the National Museum of American History at the Smithsonian, but is not currently on display. 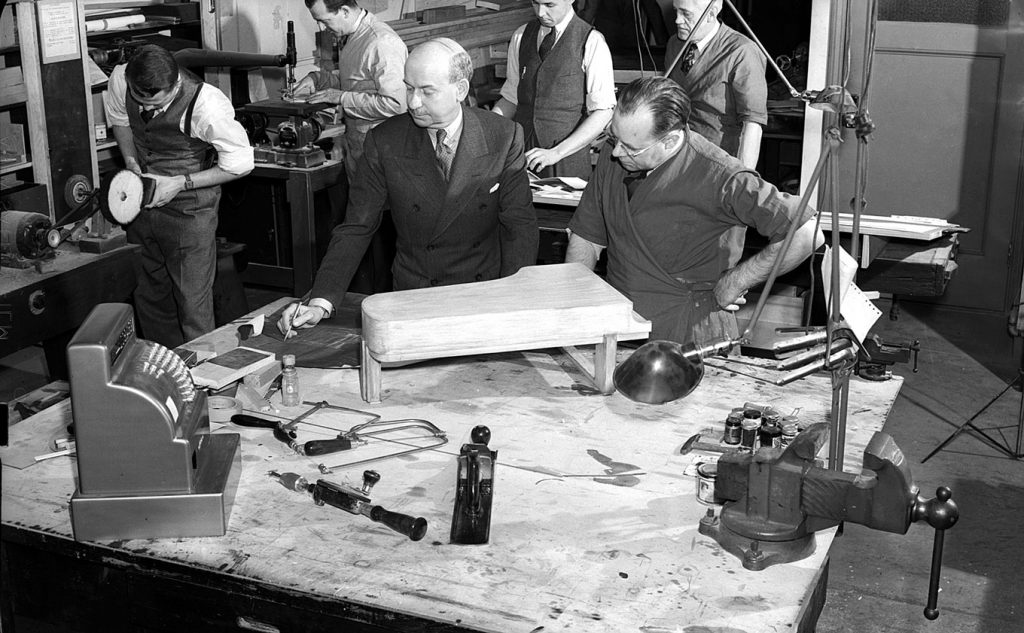 A copy of this instrument was produced for UNICEF in 2004. This became known as the Steinway Peace Piano. It now owned and on show at the Tallahassee Automobile and Collectibles Museum, which has an remarkable collection of art-case Steinway pianos.

In 1953 (or more probably a year or two before), Teague received the brief for a 100th Anniversary piano. Steinway gives a numbers to all their “special” piano concepts, and the Teague design (or “sketch”) was allocated the reference “1111”. The company produced approximately 200 of the original “Sketch 1111”.