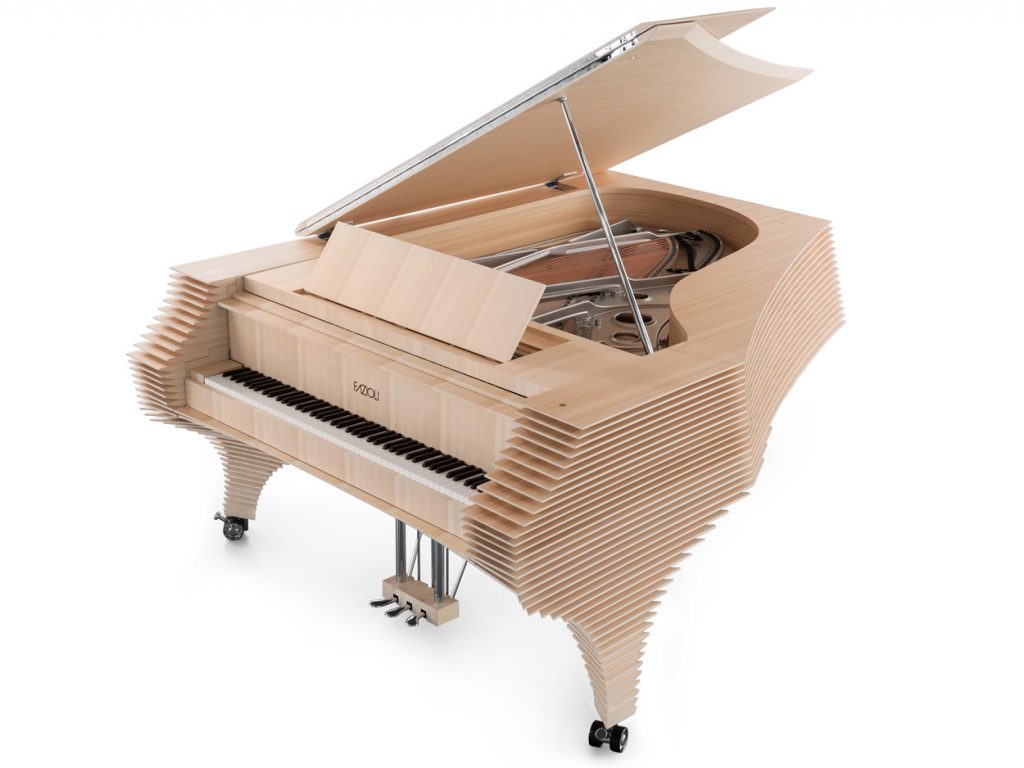 Westbank have a long-existing relationship with Fazioli and Showcase (see earlier article). They have previously commissioned several pianos for their properties.  These include:

Westbank, in partnership with the QuadReal Property Group, is re-developing  Vancouver’s 28 acres Oakridge commercial area into a modern municipal town centre. One of the new buildings is 1550 Alberni Street, a 43-storey tower. 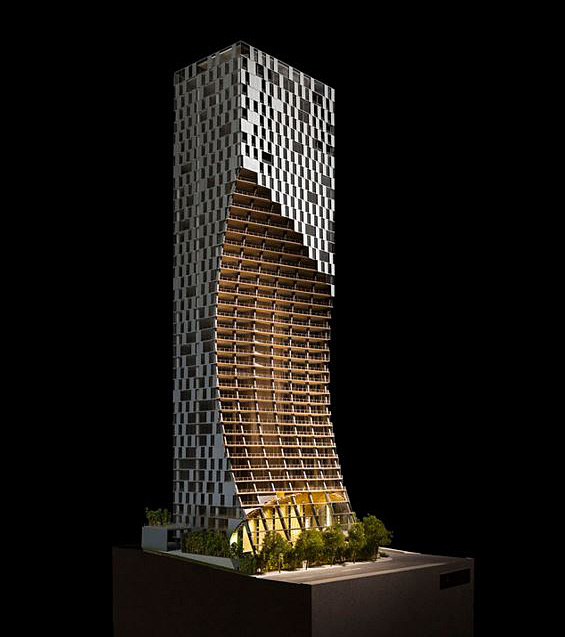 The world-renowned Japanese firm Kengo Kuma Architects and Associates are the tower’s lead designers. This company is famous for its use of wood in its structures. Briefed to design a piano for the building’s lobby, the company sent a team to visit Alec Weil, owner of Fazioli Japan, to assess how such an instrument could be made.

The resulting piano, as with its forerunners, is based on the Fazioli F212. This is a 7ft (212 cm) instrument which is an ideal size for smaller venues such as hotel lobbies, piano bars, music clubs, etc.

The design utilises 40 bevelled wooden planes (not 43?), and these are sculptured to capture the look and feel of the building’s exterior. 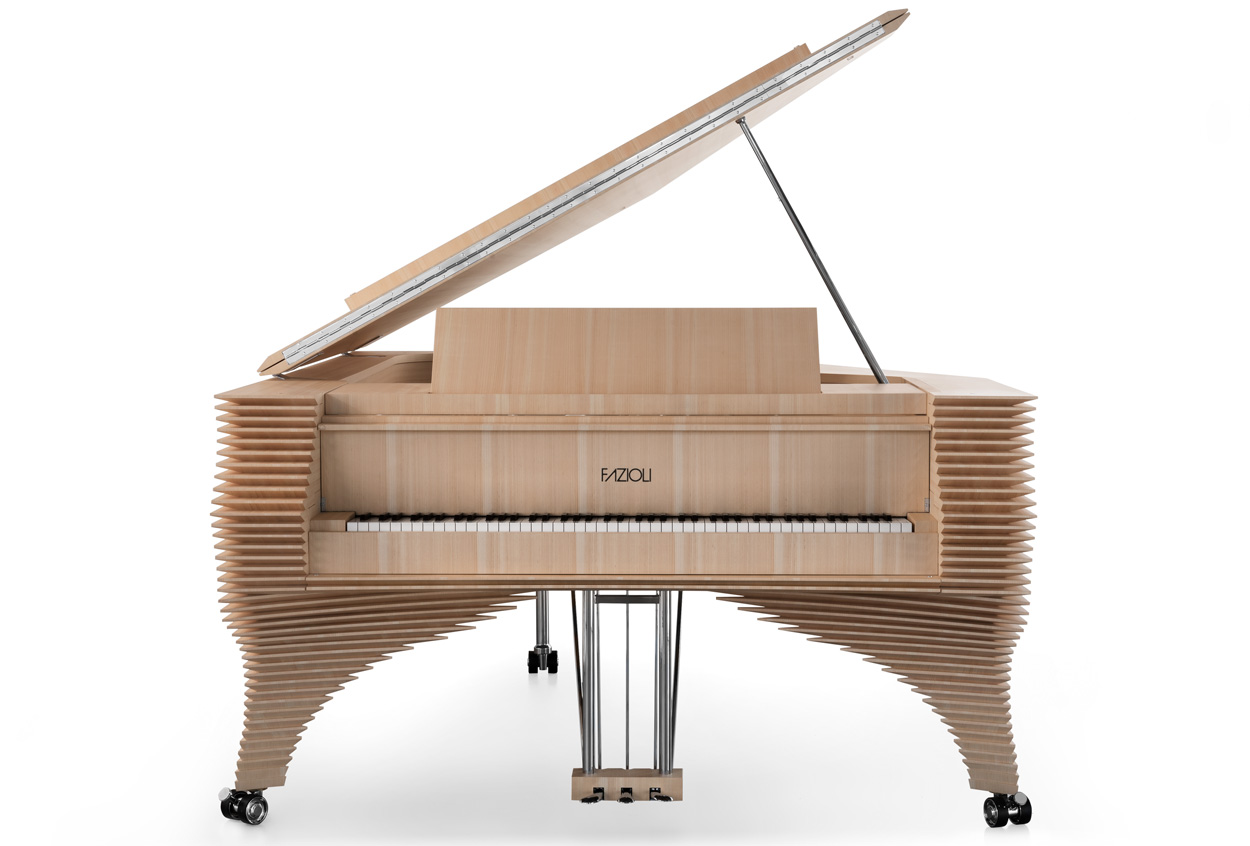 The casework, like much of the building’s wooden elements, is made from Hinoki. In Japan, this wood is widely used and highly revered for its straight grain and fragrant essence. And this uniform grain is also most desirable in the piano manufacturing process –  both aesthetically and acoustically.

The Kengo Kuma Fazioli grand piano took over a year to build and cost USD 890,000.

Westbank unveiled the piano at a public exhibition set up to explain the massive Oakridge development. Entitled “Unwritten”, it opened on November 3rd and can be found at the former Zellers location. After the exhibition, the piano will move to the lobby of the Kengo Kuma Building at 1550 Alberni Street. 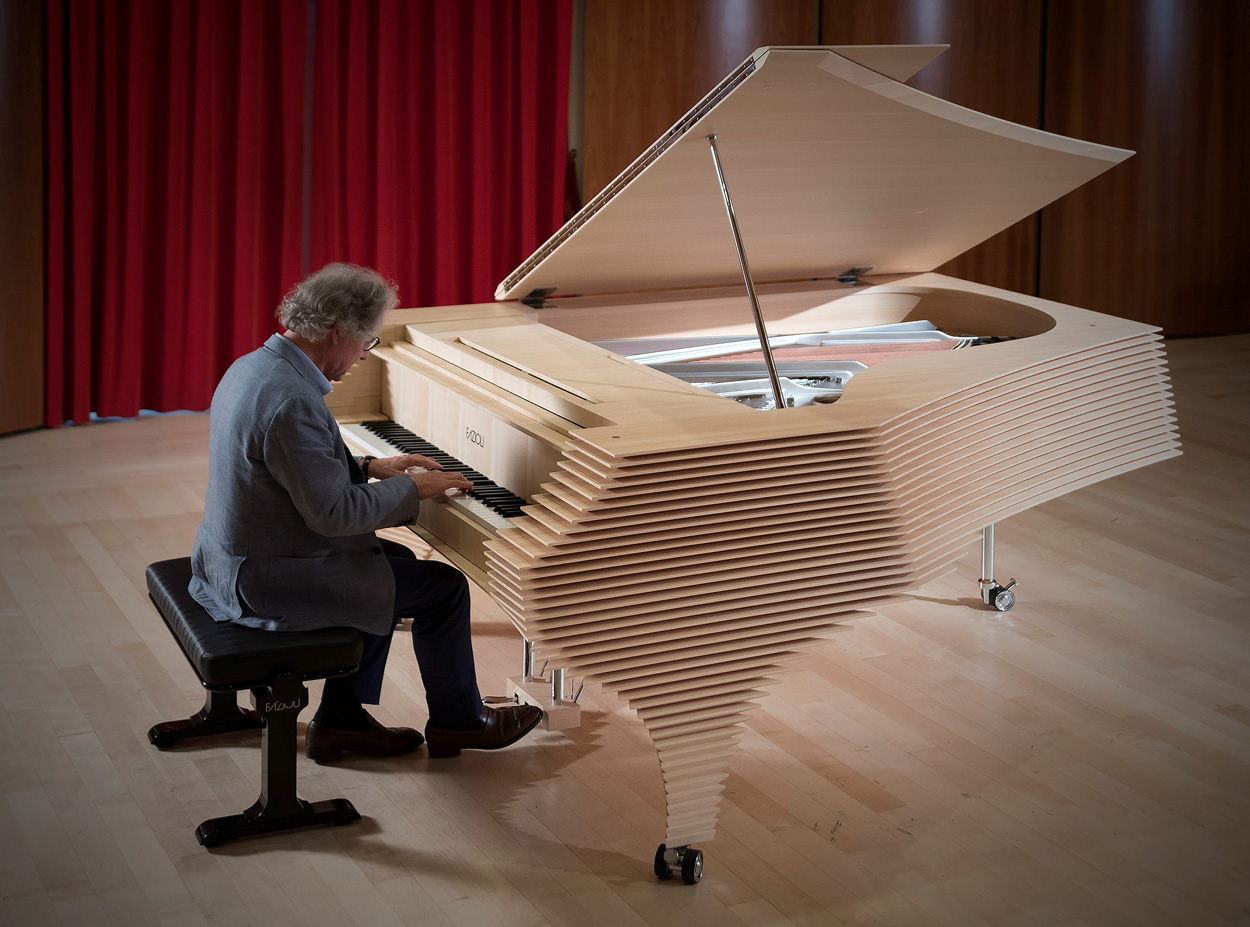 The Fazioli website will shortly have more information and photos of the Kengo Kuma Fazioli grand piano.

Details of the new Kengo Kuma building and designs can be found on the Westbank and Kengo Kuma Architects and Associates websites.