Kawai has launched a special order programme for their hugely impressive CR-1M Crystal Grand Piano. This model is based on the Shigeru Kawai SK-5 chamber grand, widely acclaimed by many top professional pianists. 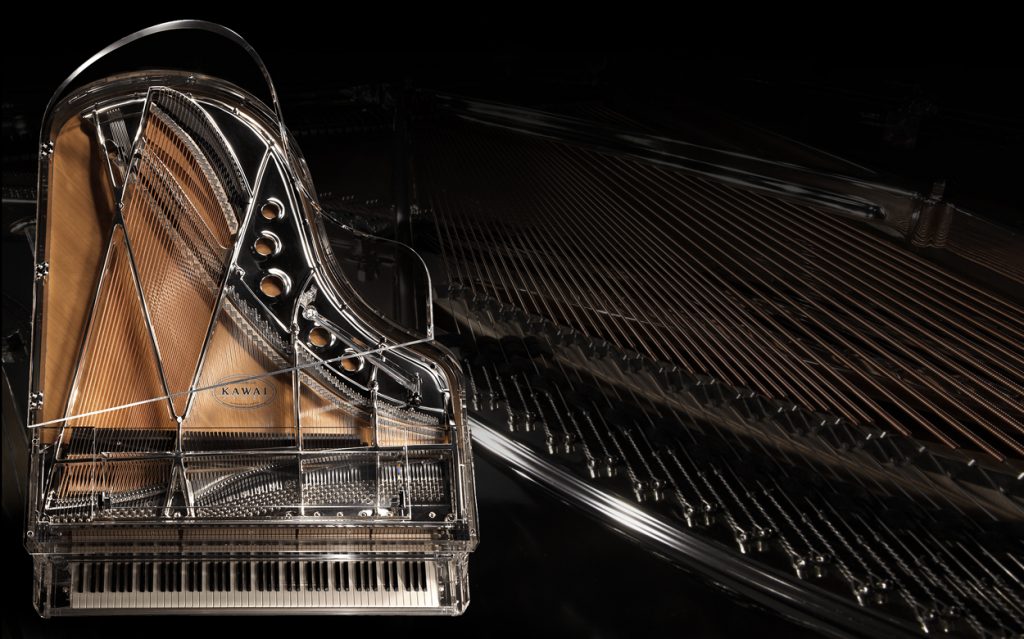 The casework, lid, and legs are all fashioned from industrial grade acrylic, spectacularly revealing the inner workings of the instrument, and giving the piano a unique visual presence.

The company will produce just 5 of these instruments, and the programme allows purchasers to customise their Crystal Grand Piano to their own specifications.

A transparent Schimmel grand piano was ordered for the QE2 liner to form the centrepiece of a matching bar. The fabulously costly (USD 3.2 million) Heintzman Crystal piano was built for the Beijing Olympic Games.

However, Kawai’s Crystal Grands are probably the best-known examples of this genre.

Although these instruments are often called Crystal grands, they are generally made of acrylic. Acrylic is far denser than wood. And the Kawai Crystal Grand is around 30% heavier than a similar sized grand piano. 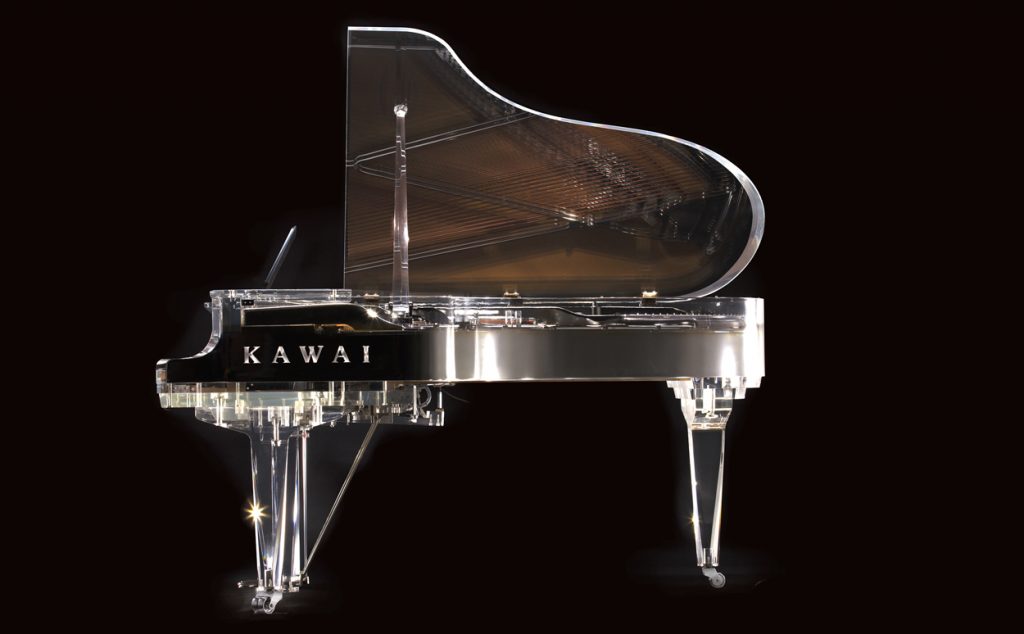 Kawai designed their first “transparent” instrument, based on their KG-3C, in 1973. But this wasn’t originally destined to go on sale. Kawai wanted a piano they could take to trade fairs, which would reveal the detailed internal working of the piano. However such was the response to this instrument that from 1985 Kawai made the piano available by special order.

But “see-through” pianos have been around a lot longer than this first Kawai. In 1929 French modernist designer Pierre Legrain built the “Pleyela”, a remarkable player-piano using copper and large panels of glass for the casework. This too was built to show-off the inner working of the instrument and was exhibited that same year at the Galerie de la Renaissance, Paris.

Schimmel produced a prototype transparent piano in 1951. This was the first grand piano to use acrylic for the casework.

Often instruments feature just a transparent lid. This enables the pianist to be seen from all angles, but it doesn’t reveal the full workings of the instrument, nor does it give the piano that special, almost magical presence.

Some, decry the use of acrylic, stating that it fails to have the same sound transmitting qualities as wood. And this may, in some instances, be the case, but Kawai has gone to exceptional lengths to ensure their Crystal Grands have the finest timbral quality.

Kawai continues to manufacture the CR-40A. 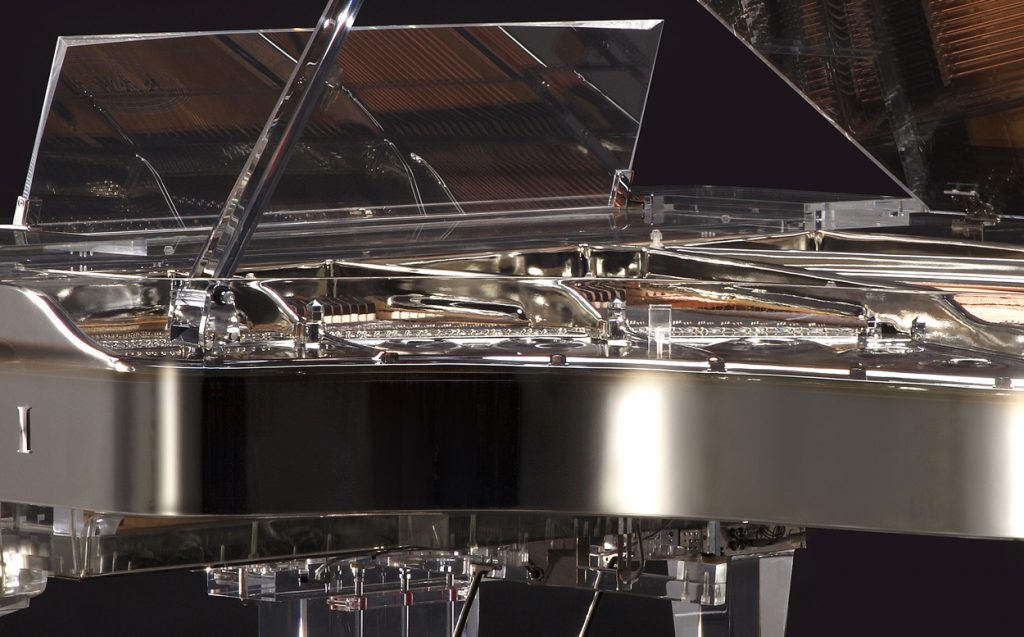 In 2017, to coincide with Kawai’s 90th anniversary Kawai unveiled the hand-crafted CR-1M Crystal Grand. At 200cm, this is a slightly larger instrument than the CR-40A (185cm). The outer rim is some 17% thinner and silver-plated with a gradient to the transparency. The resulting mirror-like finish allows the instrument to both fully reveal its inner workings, and be highly reflective. Refracted light transforms into a spectrum of colour.

The Crystal Grand was showcased in 2018 at various international exhibitions including Milano Salone, the world’s largest furniture design event (see video clip). And the special order programme was launched at the end of 2018 at the Tokyo Design Touch exhibition.

Customers can specify various elements of the instrument to match their requirements. For example, they can have their own logo displayed, or some of the transparent elements can be changed, a player piano unit can be installed. Clients can meet with the designers and discuss all the various options. As a result, each of the five instruments will be unique.