One particular Piano Day 2019 event of special interest is Sarah Nicolls’ performance in Galway, Ireland. For what reason? Well, because it features the Inside-Out Piano, or to be more accurate the Inside-Out Piano II, and this instrument is a truly novel variant on the piano theme. 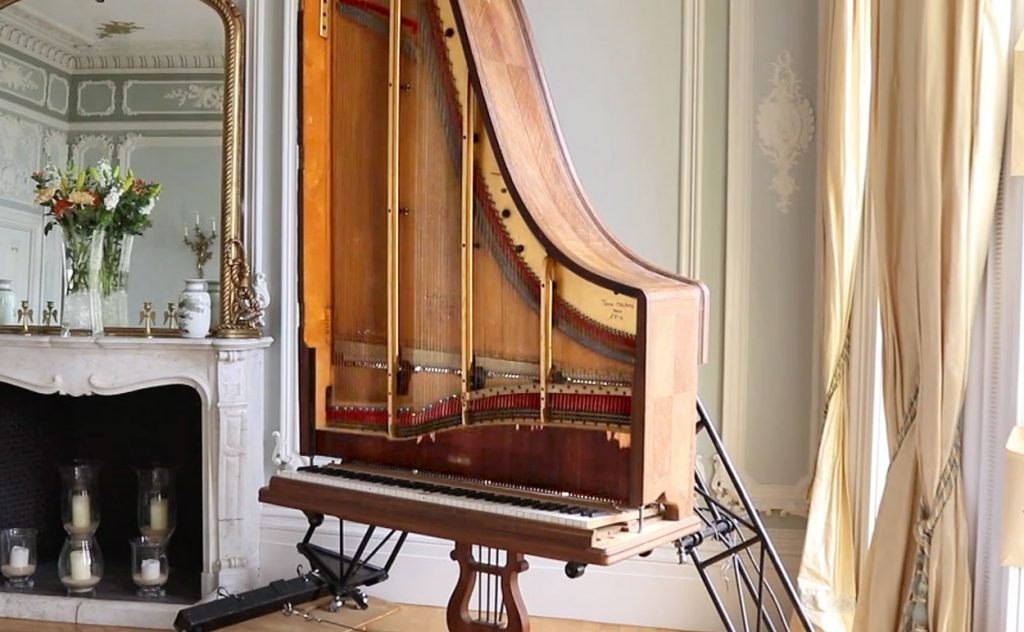 When it comes to a traditional acoustic piano, the keyboard (and pedals) are the “user interface”. But anyone who has tinkered around inside a piano knows that you can produce a myriad of additional, and often beautiful, sounds by directly stroking, hitting, strumming, and plucking the strings. The problem is access. When sat, or stood, at the keyboard, you can’t do much more than just “bang the keys” (so to speak).

Nicolls’ solution was to remodel the piano so the strings are within easy reach. She calls the new instrument the Inside-Out Piano.

The first version of the Inside-Out Piano was constructed from an old upright. The soundboard and strings were re-positioned above the keyboard. This was achieved initially by suspending the assembly from the ceiling. A steel frame was subsequently used as support.

This modified instrument enabled direct access to the strings and gave Nicolls the ability to explore a whole host of new timbres and sounds. She even fitted a range of electro-mechanical devices to the instrument to further enhance it. 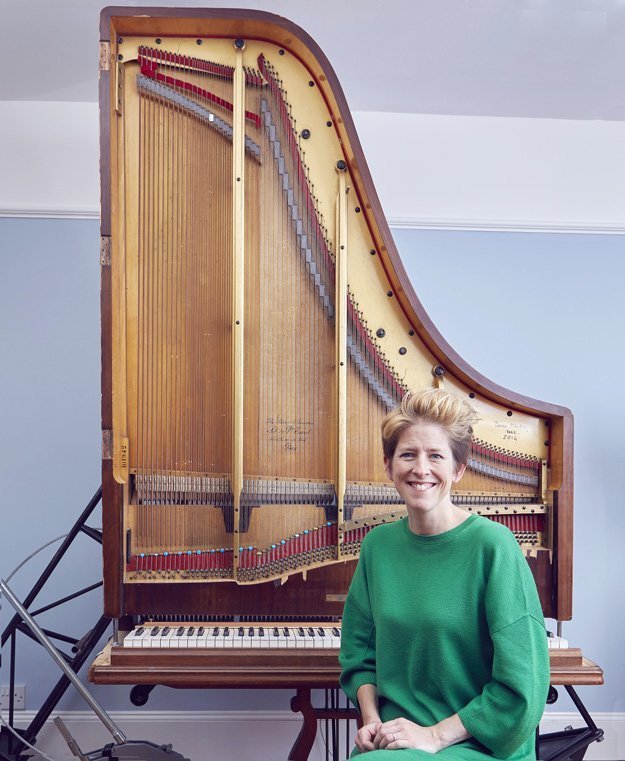 But it was the second version of the piano that really changed things. Nicolls, with Athena SWAN funding, commissioned French specialist piano technician Pierre Malbos to build this new model – the Inside-Out Piano II. Malbos took a 1912 straight-strung Erard grand piano and rotated the soundboard and strings through 90 degrees so they ran vertically behind the keyboard.

He then installed a specially built back-striking action behind the strings. Here the hammers strike through the frame towards the front of the instrument. The strings are now fully accessible to the player. The new instrument can also be described as a vertical grand, or standing grand piano.

A special frame supports the entire instrument. And thanks to a clever pivoting mechanism the whole assembly can be swung up into position with relative ease. This makes the Inside-Out Piano II transportable. It also enables the piano to swing like a pendulum! This can be seen in Nicholls’ installation Body Clock.

Nicolls uses a range of objects to directly vibrate the strings. These include a piece of slate, a glass ball, a rubber ball, nuts & bolts (à la John Cage), mini super-strong magnets, a timpani beater, an EBow (an electronic device for making strings oscillate) and of course, her hands!

Nicolls now tours with the instrument and has made several recordings featuring the piano. More information can be found on Sarah Nicolls’ website.

Sarah Nicolls is a UK-based experimental pianist and composer. She was previously a Senior Lecturer at Brunel University. Now Artistic Director of BEAM Festival, she also works regularly with the London Sinfonietta and is often heard on BBC Radio 3.