The Australian piano-maker Stuart & Sons has just completed a truly remarkable grand piano. It is the first acoustic piano ever to boast a nine octave keyboard… that’s 108 keys! 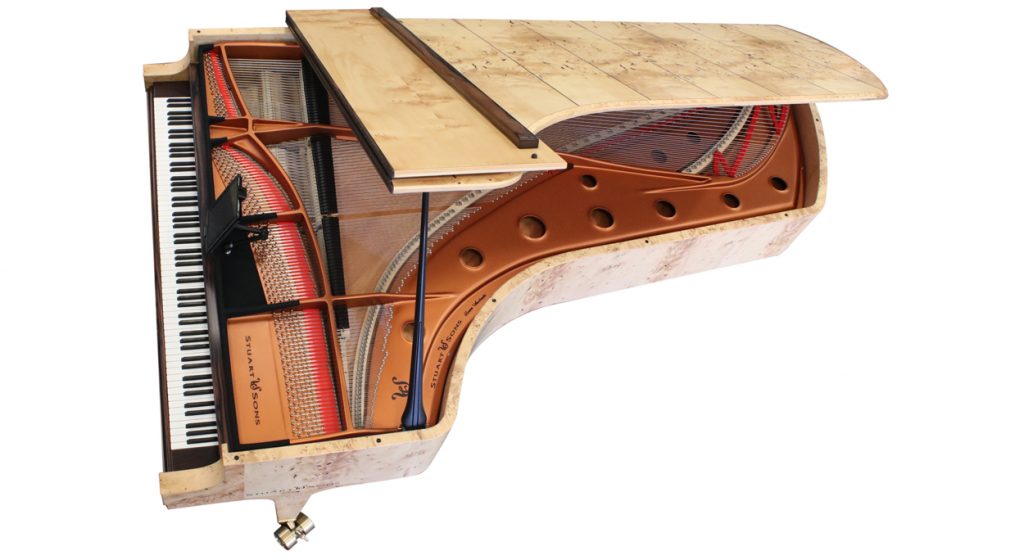 Well no, not really. The extra keys do offer the pianist and composer increased tonal range. Pieces have already been composed for an extended compass. It should be noted that the range of a pipe organ is at least nine octaves. It was composer/pianist Ferruccio Busoni who prompted Bösendorfer to build their 97 key “Imperial” in the 1890s (see below) so he could transcribe Bach’s organ works.


A Bit of Keyboard History

The first pianos ever built (by Cristofori in the early 1700s) had four octave keyboards (49 notes, C2 to C6). Over the years the span of the keyboard grew. During the 1880’s the range began to stabilize at 88 keys (A0 to C8). It is important to stress that there has never been a rigid standard as such—more a loose convention.

A 97 note keyboard as used in the Bösendorfer Imperial

During the latter half of the 19th century, ten or so different piano-makers are known to have built instruments with more than 88 keys. These include Bösendorfer, Érard, Ibach, Hertz, Kaps, and Petrof.

The aforementioned Bösendorfer Imperial Grand Model 290 is the best-known piano to feature an extended keyboard. This has 97 keys – the extra ones are in the bass, taking the instrument down to C0. Rubenstein also currently build a 97 note piano (the R-371).

Stuart and Sons introduced a 102 key piano range back in 2010 and have now gone a step further adding six more notes, giving a span from C0 to B8 (16Hz to 7902Hz). This is in response to new compositions spanning a nine octave range written by Artur Cimirro in 2012.

Nine Octaves — Why and How?

As stated, a wider compass gives the pianist a broader canvas with which to work. The hearing range for a healthy human is from around 15Hz to 20kHz. The bottom C (C0) has a fundamental frequency of 16Hz. But even a person with a restricted hearing range can perceive these lower notes. The brain analyses the harmonics produced by the sub-audio note and calculates a “virtual” fundamental in the mind of the listener. 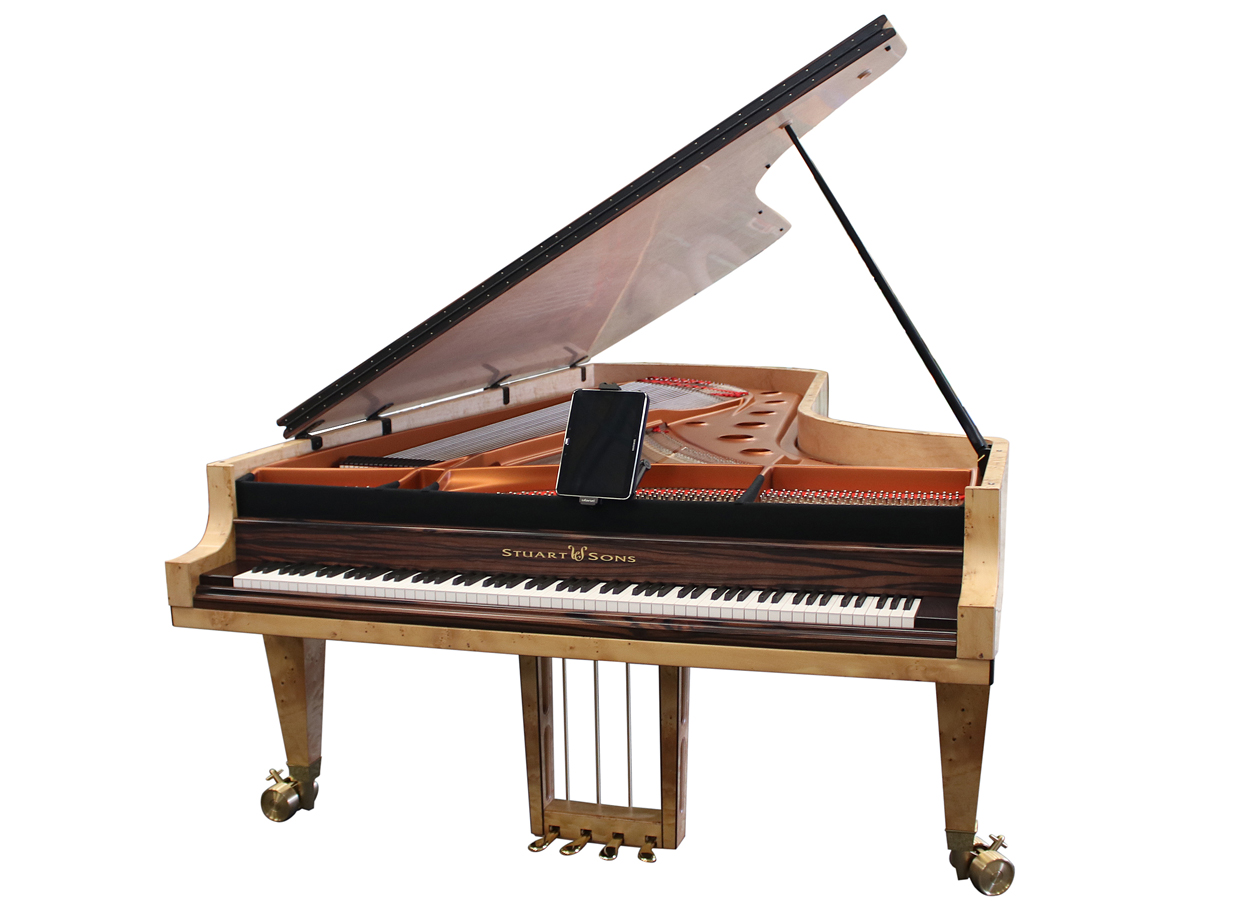 It is also worth noting that the ears are not the only parts of the body capable of detecting sound waves.

The additional notes in the treble utilise very short strings, and musically are useful as high-frequency “sparkle”— very much in the same way that organ mixture stops colour the sound. If the upper octaves in the 108 key piano are played together the extreme note is strengthened and defined by the lower note. It suddenly becomes so much more than the tiny sound of the individual frequency produced by the short string. Its presence contributes greatly to the soundscape. 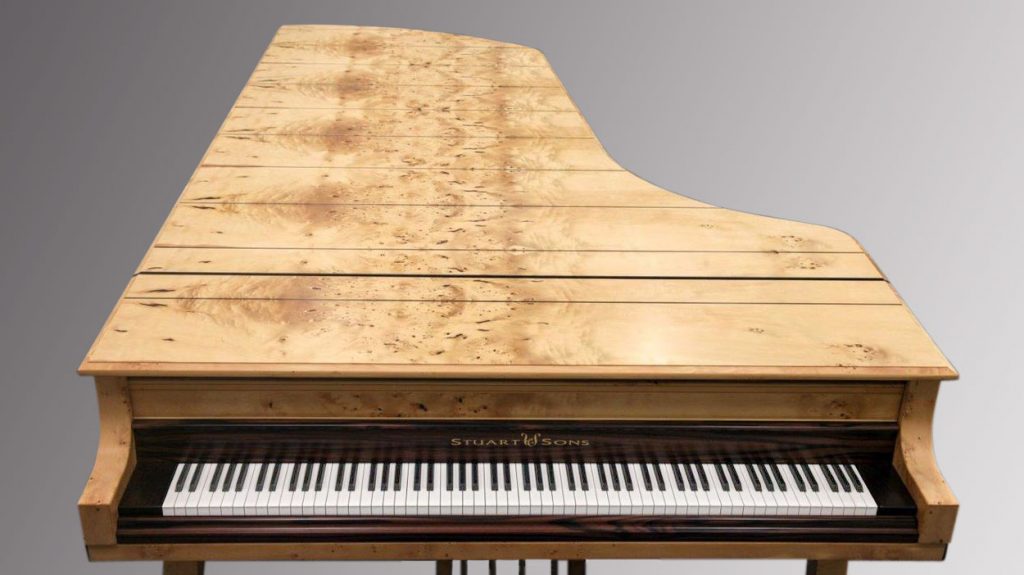 To produce an instrument capable of this nine octave range takes considerable design skill. Wayne Stuart states that it has only been possible to extend his piano’s range thanks to the new XM range of Stephen Paulello music wire. Stuart goaded Paulello to make this super strength wire in order to solve some of the perennial issues of piano scale design. As a result, in January, 2018 Paulello supplied Stuart with 13 gauge wire able to be tuned to 8,000Hz.

Stuart and Sons is a small family business and they have been making handcrafted grand pianos for 30 years. The company’s workshops are located in Tumut, a town of just 6,000 situated on the banks of the Tumut River in the Snowy Mountains region of New South Wales, Australia.

Founder Wayne Stuart is a true pioneer of piano design. He is respected around the world for the quality of the instruments he produces, and for his ideas and technological advancements.

The new nine octave piano was commissioned by the Tallis Foundation, of Beleura House. This is a magnificent Italianate villa built on the outskirts of Melbourne in 1864 by James Butchart. In 1996 it was bequeathed to the State.

The piano was delivered to its new home on 10 September 2018, and henceforth became known as The Big Beleura. A World Premiere event, with Australian/New Zealand modernist composer Alan Griffiths, took place at the house on 22 September. The foundation also owns a 102 key huon pine Stuart piano known as The Little Beleura. Both are on display to the public. 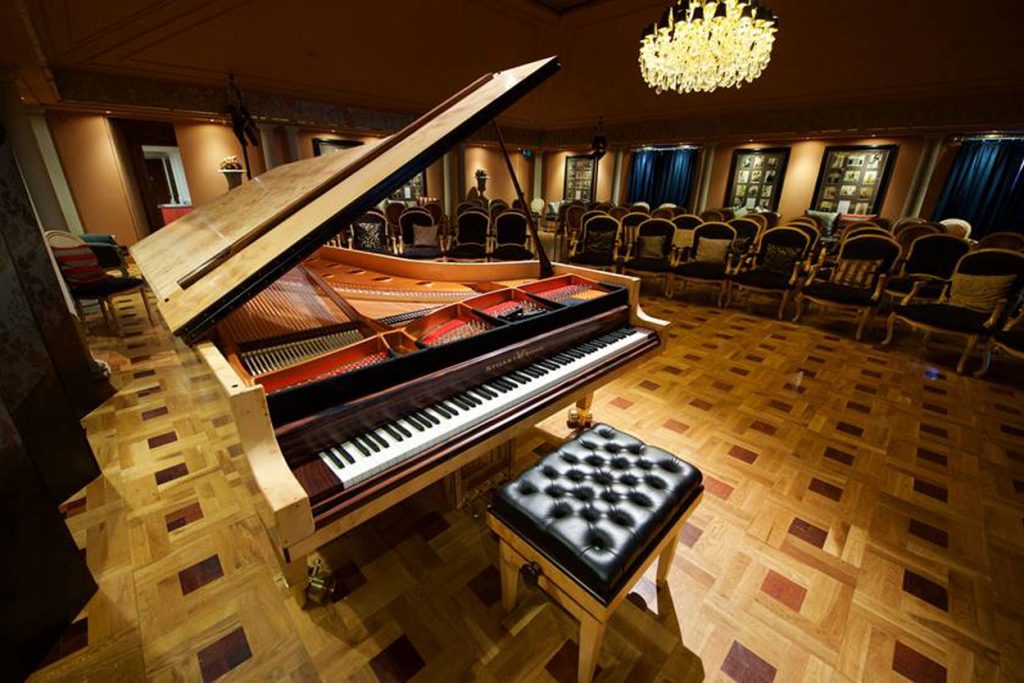 The Big Beleura is 3m long, 1.8m wide and weighs in at 644kg. The case is made from high-grade timbers including American rock maple, using bent lamination construction. Composites are incorporated into the design to increase stiffness and stability in all weather conditions. The frame is SG (spheroidal graphite) iron and weighs 250kg. The piano is veneered in sawn, ancient and figured Tasmanian huon pine.

Some of the above historical information originates in an excellent article written by Paul Corbin entitled “Why Extend the Range of the Piano?”. This is published on the Stuart and Sons website.