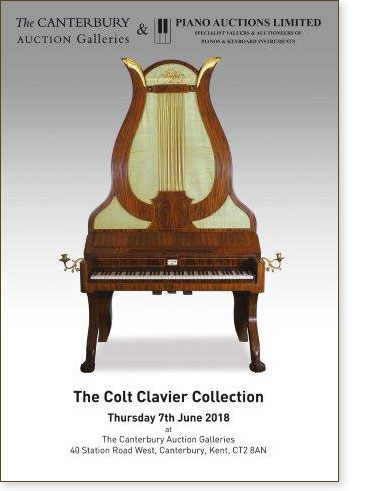 On June 7th, 2018, on instructions from The Trustees, The Colt Clavier Collection of Historically Important Keyboard Instruments was sold by auction.

Since its inception in 1944 the Collection has been housed at Bethersden, Kent, UK. It was the life work of Charles F. Colt, whose family business was the manufacture of timber framed houses. As he once stated, “Most hobbies seem to turn to mania after a short time.”

A purpose built hall was constructed on the Colt estate to house the various instruments. But, this was a private collection, and apart from occasional loans to other museums, and the odd concert at Colt Hall, the instruments remained tucked away in a sleepy corner of England, viewable by appointment only. 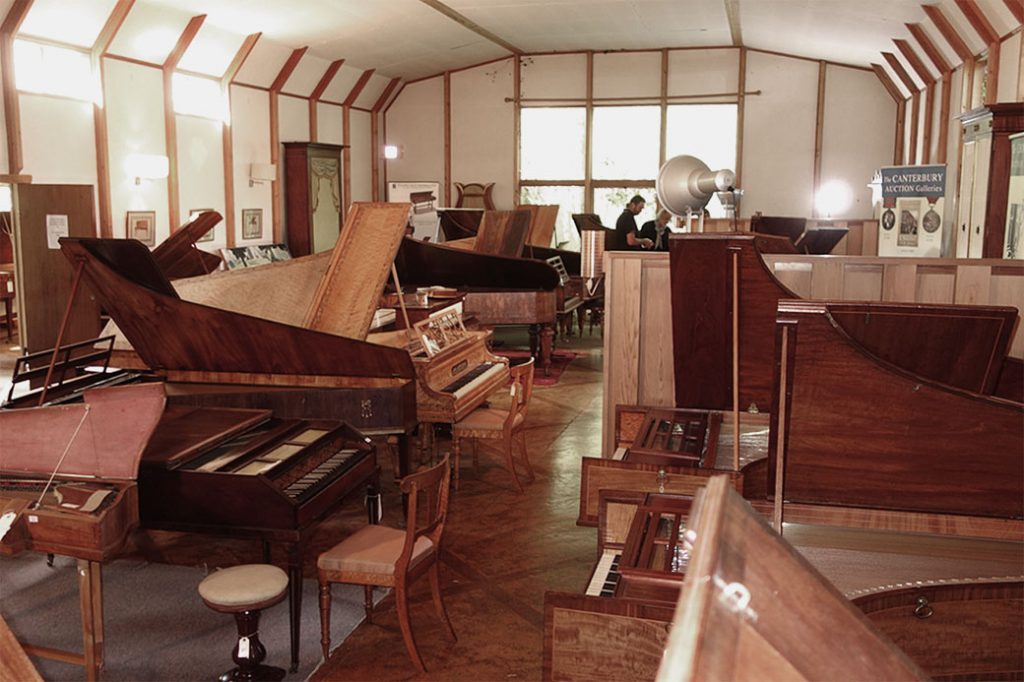 View Day: Room 1, with the more important instruments in the collection

Charles Colt died in 1985, and the Collection was subsequently managed by his widow Barbara and a board of Trustees. However, it became increasingly difficult to keep so many instrument in good condition, and following Barbara’s death in 2016 (at the age of over 100) the board made the difficult decision to sell the entire collection. See earlier article.

I first visited the Collection some 20 years ago, and was bowled over by the amazing array of pianos, harpsichords, clavichords, spinets, and virginals. Some weren’t in full working order, their strings slackened to prevent strain on their wooden frames, but overall the Collection was in extremely good condition.

Last week, I went to Bethersden on one of the auction view days, and I was somewhat disappointed in the condition of the instruments. Many of these great keyboards looked lacklustre, and were basically unplayable, which is such a shame. I fully appreciate the time and money it takes to maintain an historic keyboard. They need to be kept in a controlled climate and demand constant attention. I therefore feel it was the right thing to do to seek a new home for the instruments. 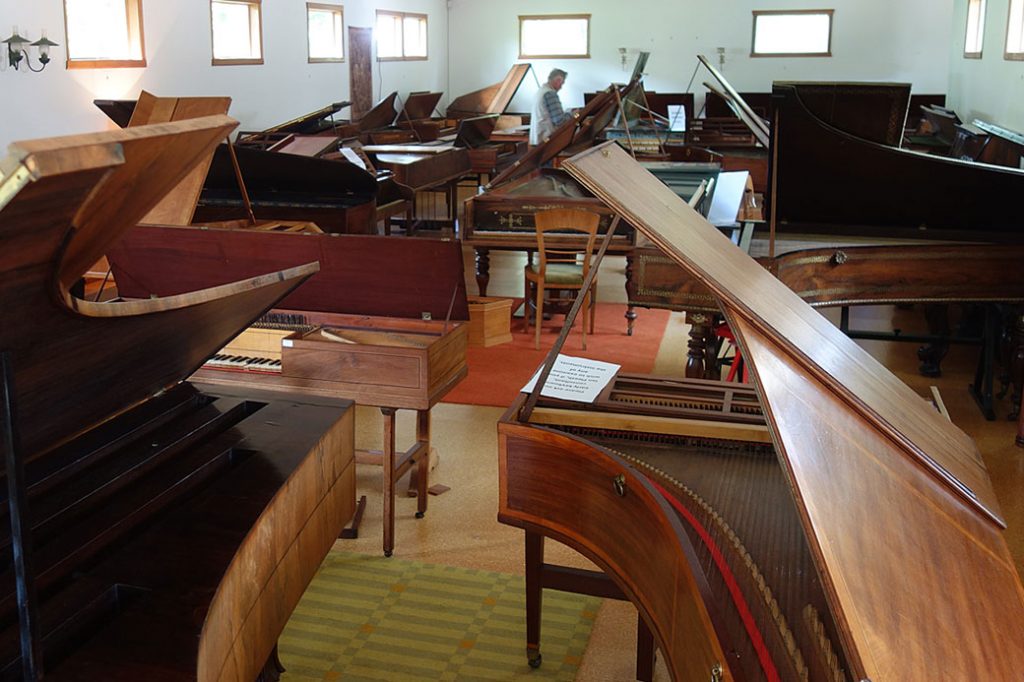 The question is should the collection have been split up? Some people did suggest that the instruments be kept together and sold as one. Perhaps, with the aid of a (UK) lottery grant they could have been re-housed in a purpose built museum? Would that be a good use of funds?

Others support the idea of this auction, enabling the instruments to be spread around the world, restored, and hopefully more widely seen and enjoyed. Buyers did indeed seem to come from all over, and in particular, China, Japan, and Korea. Perhaps some of the instruments could have been sold to fund the upkeep of those remaining?

Whatever your views, something had to be done to save these important keyboards. The Trustees made the correct, albeit difficult, decision to sell. These instruments need constant care and attention and this was proving impossible at their current location. Also, it should be noted that the proceeds from the sale will be donated to musical charities.

What do you think? What should have happened to the Colt Collection? It’s too late now to change anything, but your comments might help should other collections come up for sale in the future. Please do contribute below.