Music at the White House is a fascinating new book detailing the various musical events that have taken place at the White House over the past 200 years. It also discusses the musical interests of the presidents and their families. The book was first published in 1986, and this new edition brings the work right up to date (to include the Trump administration). 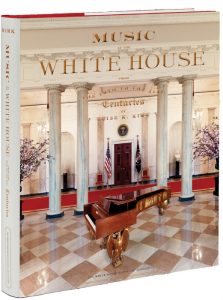 Music at the White House, by Elise Kirk

Pianos play an integral part in the history of music at the White House. Most presidents had a piano of their own, for instance…

In fact with the main exception of George W. Bush and Gerald Ford, virtually all the American presidents owned a piano, or a harpsichord.

However, the president’s own piano is not “the White House piano”. This tradition was formalised in 1903 when Steinway, to celebrate their 50th anniversary and as a thanksgiving to the American people, presented Theodore Roosevelt with a beautiful art-case grand. 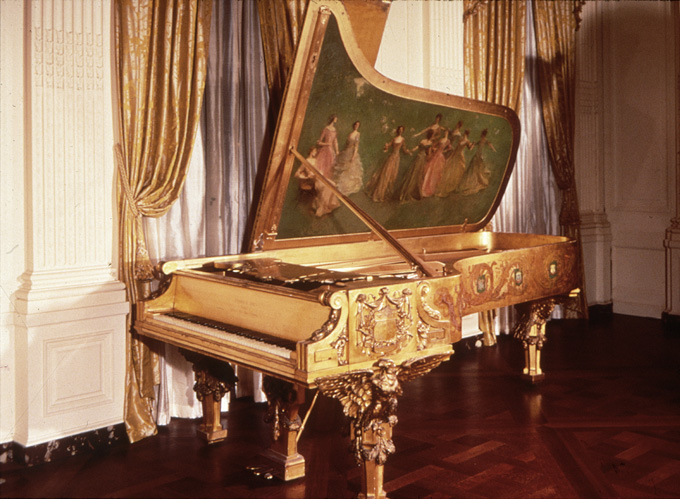 This piano’s casework incorporates the seals of the original 13 states, and the painting on the lid depicts America welcoming the nine Muses. Each leg of the instrument features an American eagle – these appear to be supporting the instrument. The piano cost $20,000 to produce and was given the serial number 100,000 (although Steinway had been producing instruments with six-figure serial numbers since 1901). This instrument became the first White House piano and was kept in the East Room. It is now in the Smithsonian Institute. 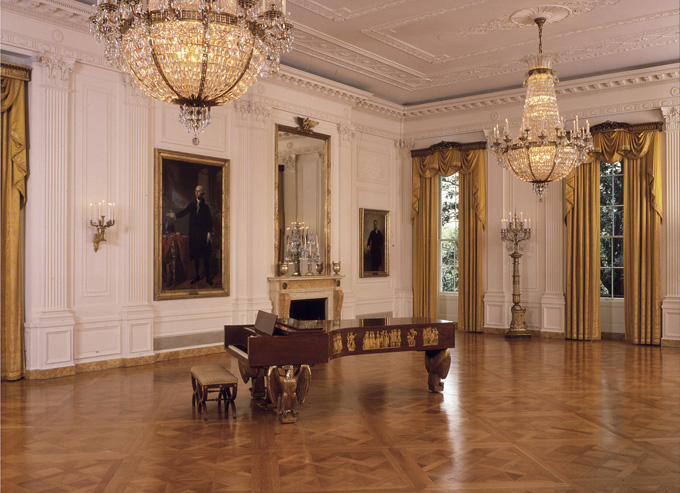 In 1938 a second Steinway replaced the original White House piano. The new “State Piano” was given the serial number 300,000, and was presented to Franklin D Roosevelt. It was designed by Eric Gugler, and has a far simpler styling. It depicts the “five musical forms indigenous to America”. These are:

The legs are again American eagles, carved from mahogany and then gilded. The instrument was restored in 1979 and is usually placed in the sumptuous Entrance Hall.

More “standard” pianos can be found within the White House – primarily upstairs in the residential rooms and the Central Hall. Most are made by Baldwin (Harry S. Truman, probably the most accomplished presidential pianist, favoured this brand). Once whilst Truman’s daughter Margaret was playing the piano in her second floor sitting room, it is said the floor gave way and the piano’s leg subsequently appeared through a first floor ceiling. This led to a major structural survey and rennovation of the entire White House. 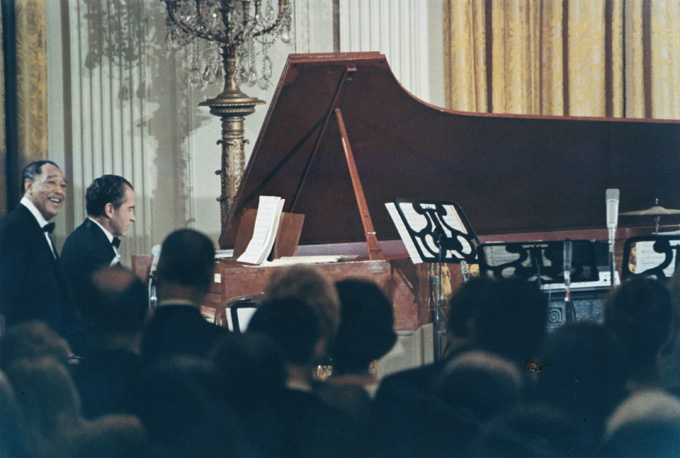 The East Room is the musical hub of the White House, it is here that countless musical performances and interludes have taken place. Music at the White House is a celebration of all these amazing, historical events.

The book is written by Elise Kirk and produced by the White House Historical Association. There are over 400 fascinating images that include musical programs, period photographs dating back to the Lincoln administration, and newly commissioned photography.

The publication is casebound and supplied with a dust jacked. It consists of 424 pages and can be ordered from whitehousehistory.org, or by calling toll-free 1-800-555-2451 (USA only). Price: $75.00 plus shipping. Music at the White House would make someone a very nice Christmas present indeed.

3 thoughts on “The White House Pianos”