In 2011, the Great East Japan Earthquake and subsequent tsunami devastated large areas of the country’s eastern seaboard. In the north-eastern region of Tohoku, amongst the wreckage of the Miyagi Agricultural High School’s gymnasium, a beaten-up Yamaha piano was discovered. The instrument, now known as The Tsunami Piano, had been engulfed by flood water, it was badly damaged, but it was still basically in one piece. 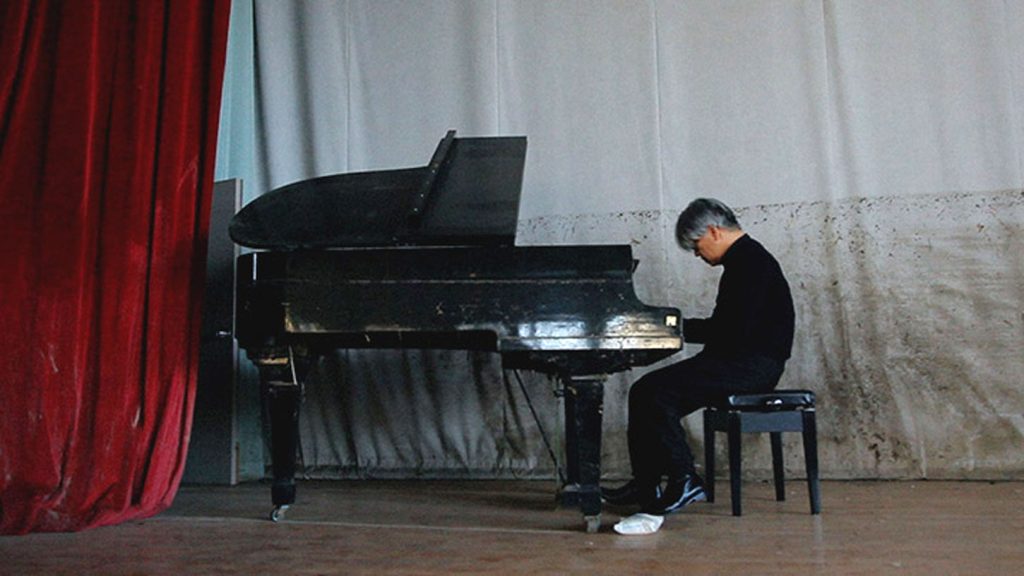 The Tsunami Piano in situ—note the water damaged backdrop

Famed musician Ryuichi Sakamoto heard about this piano whilst touring the area. He discovered that the piano still played, albeit in a rather unconventional manner, and set about resurrecting it. Repairs, carefully undertaken by Yamaha Piano Services, were kept to a minimum in order to preserve the piano’s distressed timbre and tuning.

Sakamoto and his team of engineers subsequently developed a custom, computer controlled, “piano player” attachment for the Tsunami Piano. This, in essence, consists of a frame of automated fingers, one for each key of the piano, individually triggered from a computer. The frame sits just above the piano’s keyboard, with the fingers on the keys.

Seismological data, mapping all the world’s earthquakes for the past 32 days, is streamed to the computer. This information is compressed into a time frame of one day, and processed into note data. Each region of the globe is mapped onto the piano keys. The duration of each earthquake determines the time that note is held, and the earthquake’s magnitude sets the note’s volume.

IS YOUR TIME installation. Photo: Ryuichi Maruo. Courtesy: NTT InterCommunication Center [ICC]
The Tsunami Piano can now be considered unique—it turns seismic waves into music. Sakamoto states, “the piano has been tuned not by the artistic ideals of humanity, but by the ecosystem of nature and the earth”

Sakamoto hopes that this piano can serve as a constant reminder of the effect the tsunami had on humanity, and on the frailty of the human existence when confronted with such powerful forces of nature.