There’s now a cruise ship called “Piano Land”, and it has just completed its maiden voyage.

Well that’s not strictly true. A new Chinese cruise line (Astro Ocean) recently purchased the MV Oriana from P&O Cruises / Carnival Corporation and renamed it “Piano Land”. The Oriana, constructed in 1995, was once one of the largest cruise ships in the world and the flagship of the P&O Cruises fleet.

So why has Astro Ocean given the ship this rather unusual name? Is the liner specially themed to attract pianists? Are there pianos in every suite?

Not exactly, but there is a rather interesting connection to the world of pianos.

From December 2019, Piano Land’s home port will be Xiamen, China. And sitting just a few hundred yards offshore is the beautiful island of Kulangsu (previously known as Gulangyu). This pedestrian-only island is under 2 square kilometres in and has just 20,000 residents. 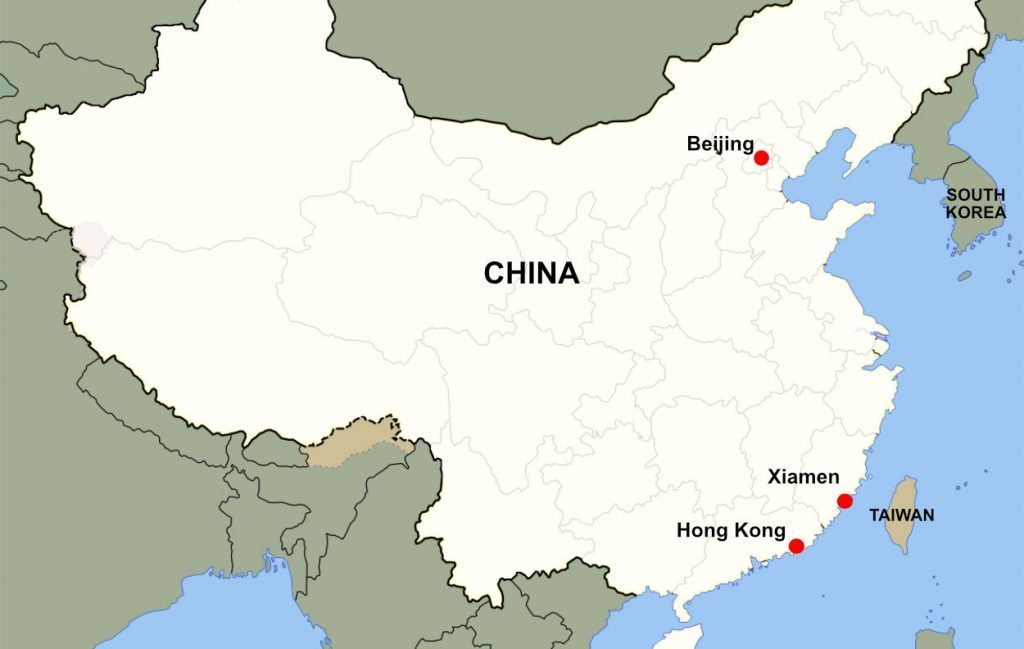 But it is also known as “Piano Island” or “Piano Land”. People visit Kulangsu not only for the scenic beauty, but for the music. Culture is at the heart of this small island, and over the years Kulangsu has produced a disproportionately large number of world-class musicians.

Amazingly, over 30% of the island’s families have a piano. This is more than anywhere else in China — and probably the world! 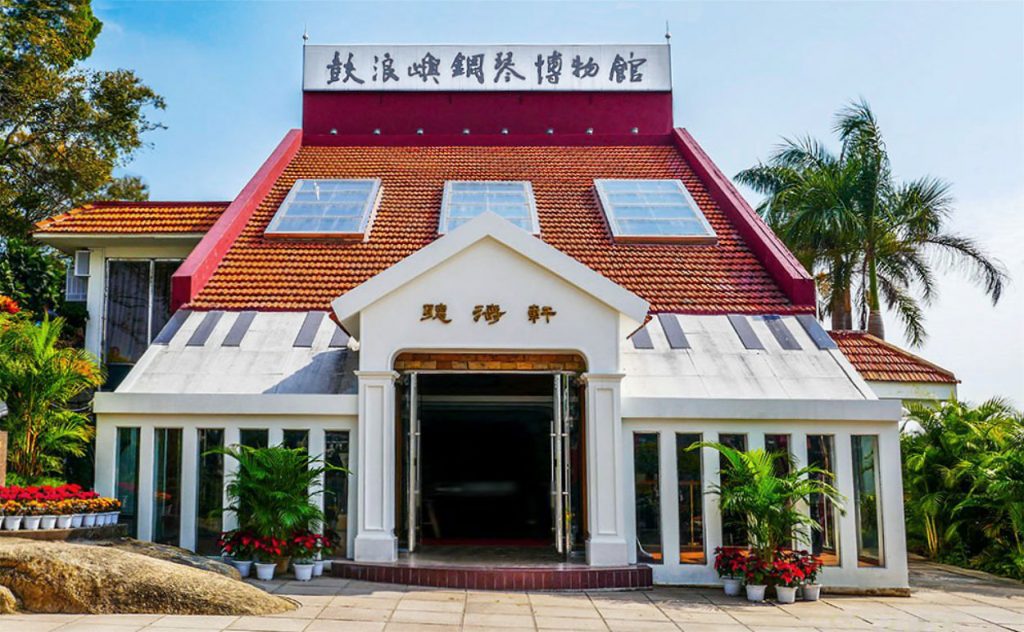 And it is therefore not really surprising that the focus of the island’s cultural scene is the Kulangsu Piano Museum. With over 100 instruments from around the world, this institution claims to have the largest collection of historic pianos in the Far East.

The museum was founded by Hu Youyi in 2000. Born on Kulangsu, he studied organ and piano at the Royal Conservatory of Brussels. He subsequently emigrated to Australia where he made his fortune in real estate. This funded his passion for collecting musical instruments. In 2000 he donated many of his pianos to his home island, and the museum was established. 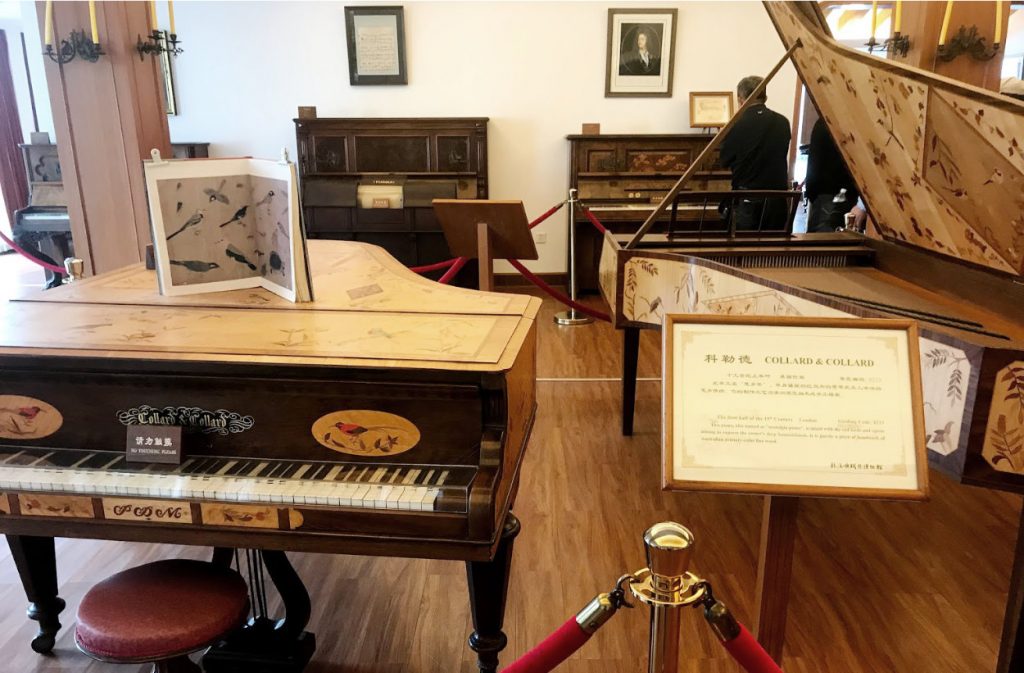 Just a small part of the Kulangsu (Gulangyu) Piano Museum

Kulangsu now also has an organ museum, again thanks to Hu Youyi. A third establishment is planned to house ethnic instruments from Africa.

Hu Youyi died in 2013, and his ashes were scattered in the ocean just off the island. In 2017 Kulangsu was designated a UNESCO World Heritage Site. And Kulangsu is now the second most popular cultural destination in China, after the Palace Museum in Beijing.

So it’s no wonder they named a ship after it!