A Broadwood Manxman upright piano is one of the more attention grabbing instruments at Piano Auctions Limited’s spring sale (London, April 12th, 2018).  But what makes this piano so significant? 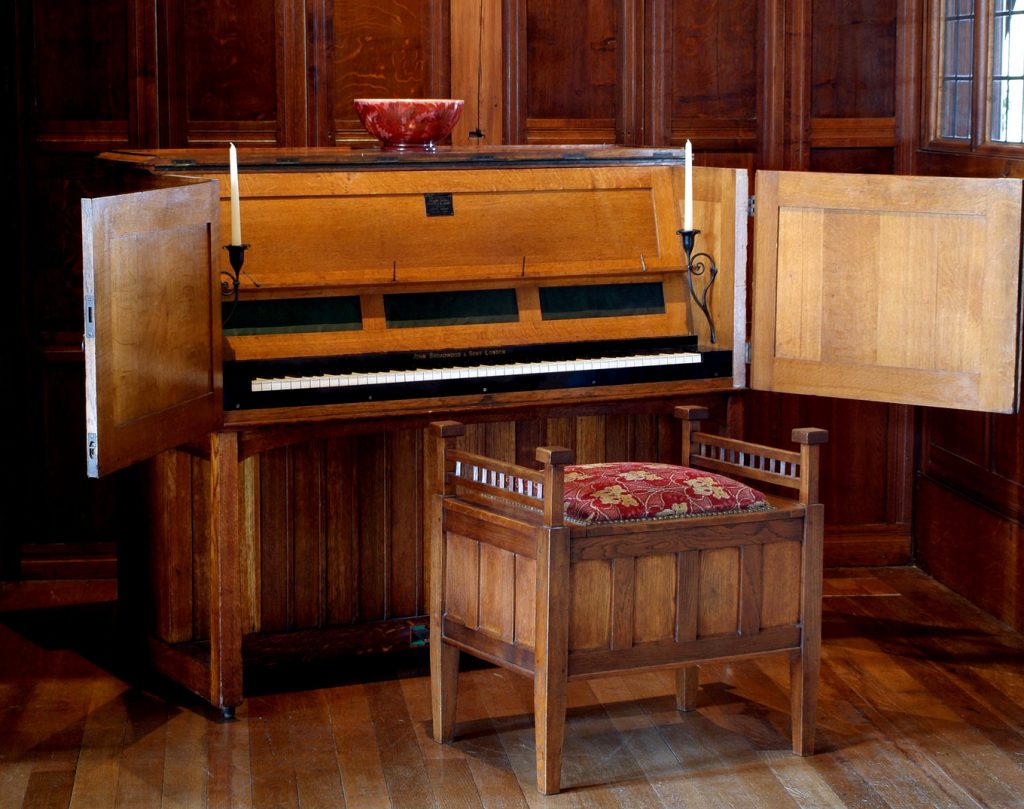 The Broadwood Manxman at Blackwell in the Lake District (England). Photo: Stuart Parker

Mackay Hugh Baillie Scott (1865-1945), often known as M.H. Baillie Scott, was an English architect and artist. He was considered a leading light in the Arts and Crafts movement developing his own variation of the style. This was a British-led design movement that spread throughout Europe and the English speaking world in the late 19th and early 20th centuries. It employed traditional craftsmanship utilising natural decorative elements. 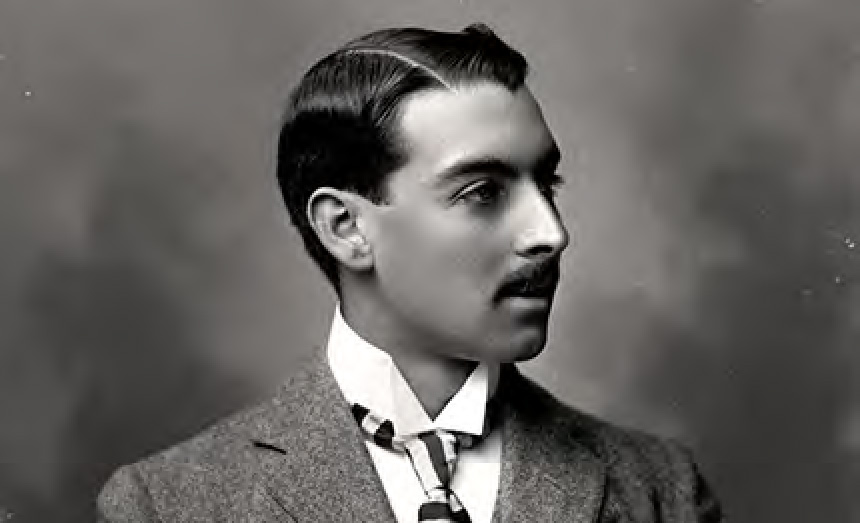 As an architect. he designed both interiors and exteriors and worked on over 300 buildings during his career. Perhaps the most notable was his work on Blackwell, a large country house in the English Lake District that embodies the Arts and Crafts style. The house survives to this day and is open to the public. 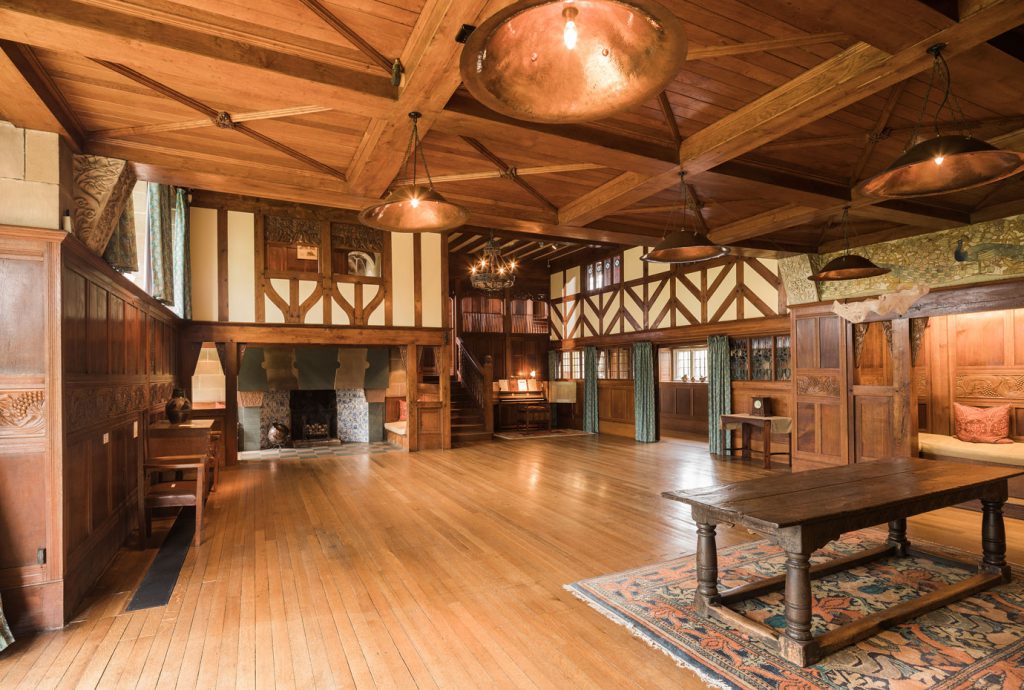 The Main Hall at Blackwell with the Broadwood Manxman to the right of the stairs. Photo: Lakeland Arts

A New Design of Upright Piano

In the 1890s, pianos were becoming commonplace in the home, but the style of the upright piano, which had usurped the square piano as the domestic instrument of choice, had changed little over the years. Baillie Scott was one of the first to take the traditional upright (or cottage) piano, and re-fashion the casework. Uprights of the time tended to be heavily embellished with intricate carvings. He simplified the case and, added doors to enclose the keyboard, the music stand and the candleholders. This resulted in a superior piece of furniture more in keeping with the current style of the homes of the affluent. Perhaps it was to the early 1900s what the TV cabinet was to the 1970s. 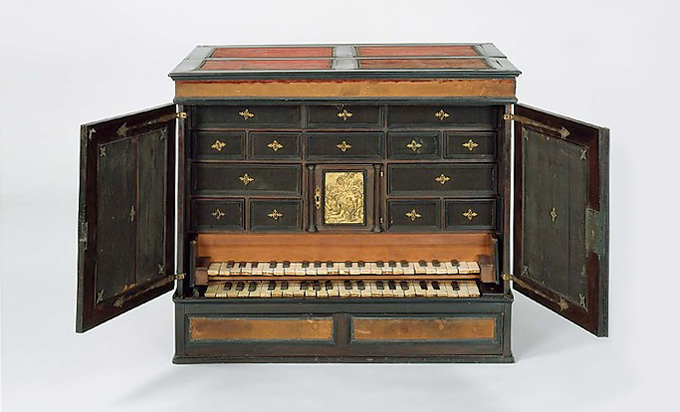 The use of doors to enclose the keyboard was not a new idea. A tiny claviorganum (a small organ and virginal combined) was built by Lorenz Hauslaib and Steffan Cuntz in Germany, as far back as 1598. This too utilised doors to “close-up” the instrument. This claviorganum can still be seen at  New York’s Metropolitan Museum of Art.

The Isle of Man

Baillie Scotts new piano, designed around 1896, was produced by John Broadwood and Sons. It was known as the Manxman, and formed part of Broadwood’s Cottage Upright Piano Collection. Baillie Scott was born in Broadstairs (England), but moved to Douglas, Isle of Man (a small island between England and the Irish mainland) where he studied and later taught at the dependency’s main school of art. A Manxman is originally a term used to describe a person from the Isle of Man. There is a Manx version of the Gaelic language, and a Manx cat is an unusual breed, from the island, with a very short tail.

The piano was not a great success at the time, and Broadwood only produced 40 units. Nevertheless the London piano makers Strohmenger & Sons also took up the design and produced their own version of the instrument. Despite lack of sales, the Manxman is still an important element in the history of the upright piano. 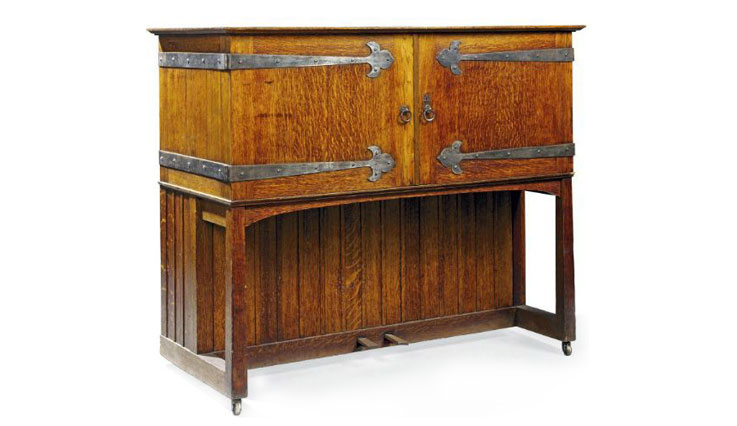 The Broadwood Manxman coming up for auction in April. Photo: Piano Auctions Ltd.