Christie’s (London), will auction The Swan Piano on November 14th. Produced by the French manufacturer Gaveau in 1924, this is an exquisite example of the neo-classical art-case piano. 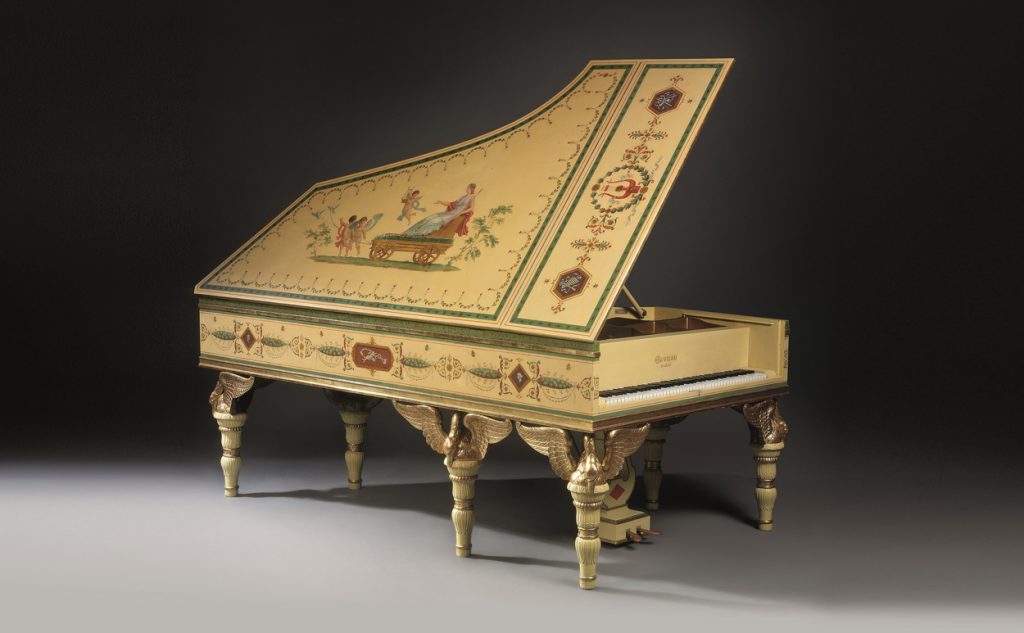 Joseph Gabriel Gaveau founded the company bearing his name in 1847. Originally located in a small shop in the narrow Rue des Vinaigriers, Paris, the company subsequently moved a couple of miles away to the Rue Servan. Here business thrived, and the company needed larger premises. So in 1896 Gaveau built a new facility at Fontenay-sous-Bois in the eastern suburbs.

In 1907 La Salle Gaveau (Gaveau Hall) opened in the Rue la Boëtie. it quickly became the most prestigious music hall in Paris. With a capacity of just over 1000, and fully refurbished, the venue continues to function as a concert hall to this day.

Gaveau Érard and Pleyel became the three largest piano manufacturers in France. Gaveau was well known for their highly decorated art-case instruments and had pianists and composers such as Arthur Rubinstein and Camille Saint-Saëns on their roster.

They also produced a small grand piano called a “Model 1” which became a very popular choice for the home. Nevertheless, rivals Pleyel, with greater sales, was their main competitor.

In 1960 Gaveau merged with Érard, and subsequently with Pleyel. And in 1971, as a result of further adverse trading conditions, the German Schimmel company took over the conglomerate, acquiring the rights to all three brand names.

This instrument is described in the auction catalogue as “A French Polychrome Painted And Parcel-Gilt Grand Piano”.

“Polychrome painted” simply means the piano is decorated in a range of colours (as opposed to monochrome). And “parcel-gilt” highlights the fact that the piano is partially gilded (covered thinly with gold leaf or paint). 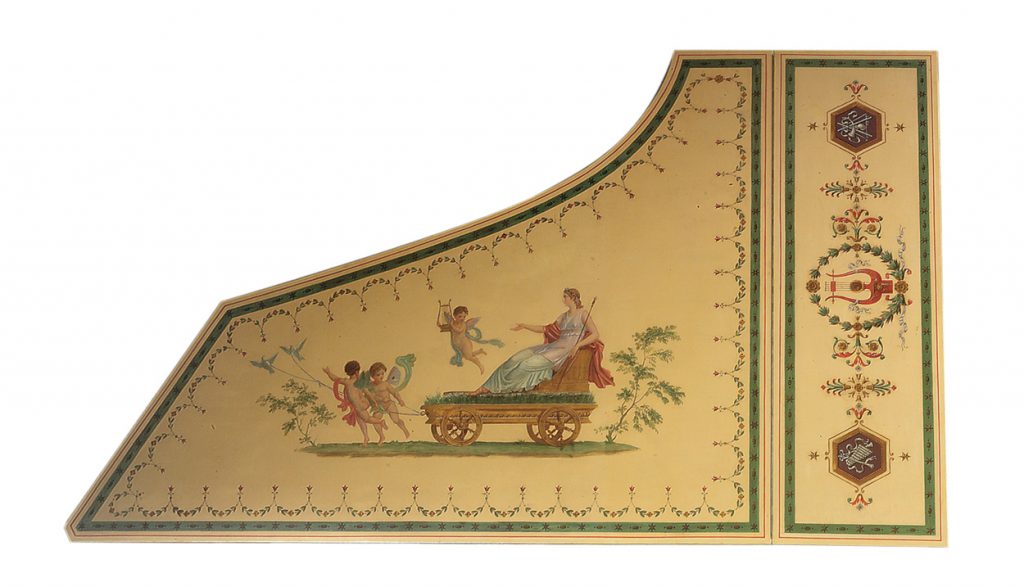 The piano’s lid shows Venus (Aphrodite) in her chariot

The piano features many and various neo-classical musical motifs. Venus appears on the lid reclining in her chariot surrounded by putti (cherubs). These represent the omnipresence of God, and with the aid of two doves, help pull the chariot. A painted floral wreath covers the inside of the lid.

The piano derives its name from its six legs. Each features a gilded swan with outstretched wings above a tapering baluster (decorative pillar).

The swan was sacred to Venus (Aphrodite, in Greek mythology). Some stories tell of her chariot being drawn by swans, others by doves. Ancient Greek vases show, as on the piano’s lid, the chariot being pulled by a pair of putti. The role of the swans here is to support the piano’s casework (allegorically a pianist’s chariot?). 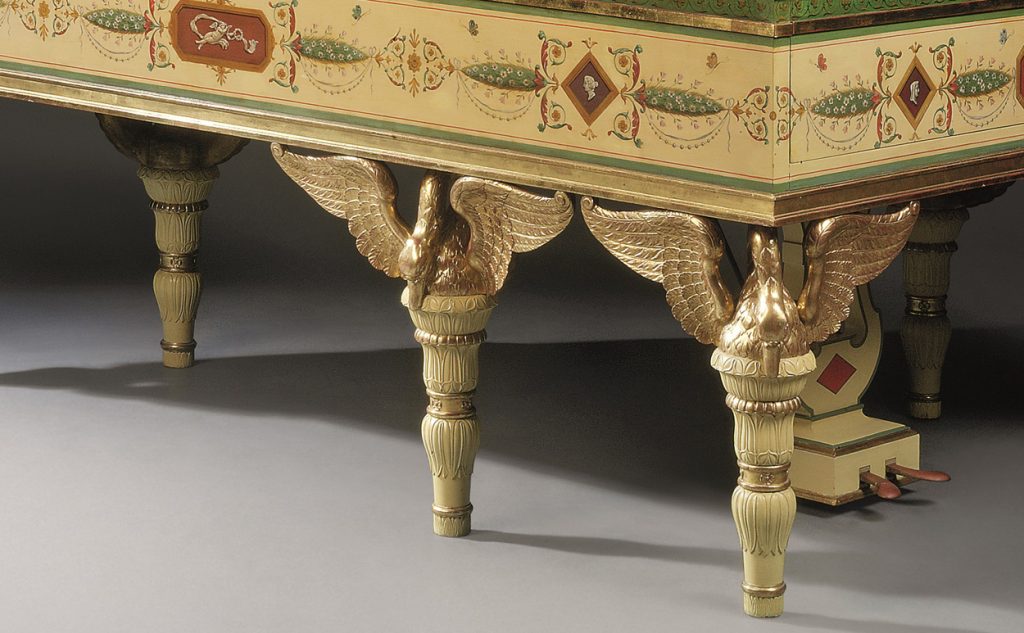 The six legs of the piano feature the gilded swans

The soundboard is labelled “GAVEAU PARIS”, and a brass plaque mounted inside the piano details the serial number.

This instrument is 7ft (213.5cm) long, and as such is often referred to as a medium or semi-concert grand piano.

Gaveau’s Registre de Fabrication shows that this grand piano was given the serial number 76266 The registration was dated 17 October 1924. The log also shows that the piano was assigned to an unknown client recorded as “Le Matin” (The Morning). This could refer to the French newspaper of the same name, or it could be simply a reference to the time of day.

In 1925, the Exposition Internationale des Arts Décoratifs et Industriels Modernes (International Exhibition of Modern Decorative and Industrial Arts) took place in Paris. It is possible that The Swan Piano either appeared, or was destined to appear, at this event. Gaveau (in conjunction with furniture designer E.J.Ruhlmann) did showcase an art-deco grand piano at this exhibition. However, this piano’s historical styling may not have fitted the more modernist thrust of the event.

One thought on “The Swan Piano by Gaveau”