Queen Victoria was born on 24 May 1819. And various exhibitions and festivities are taking place throughout 2019 to celebrate this 200th Anniversary. And pianos play their part. 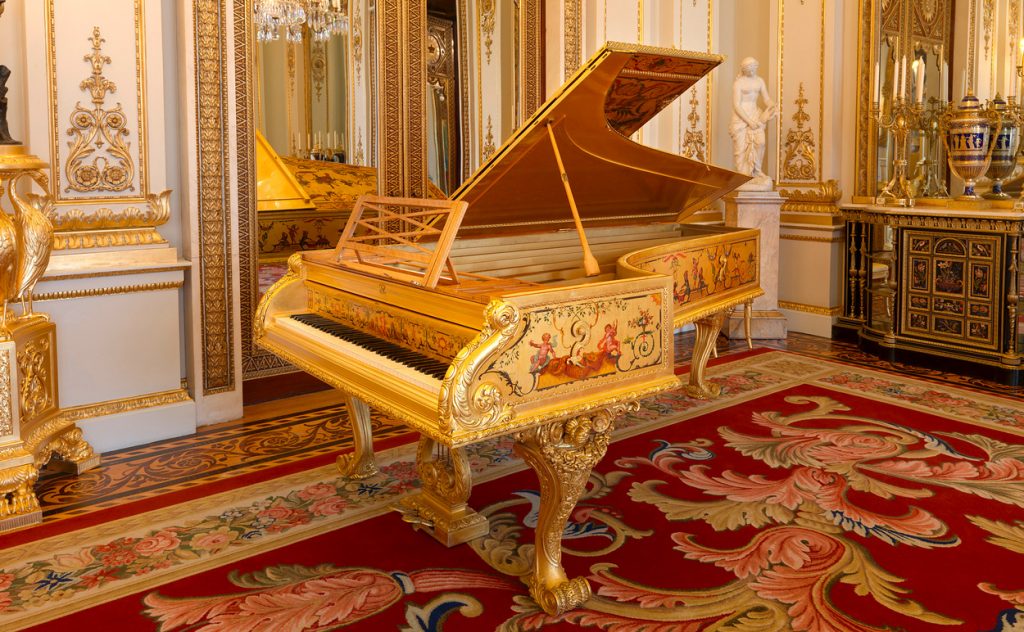 Both Queen Victoria (r.1837-1901) and her husband Prince Albert were keen pianists. And over the years they either purchased, or were given, a range of square, upright and grand pianos. They kept at least one keyboard at every royal residence, including the royal yacht.

One of Victoria’s most famous instruments is a spectacular gilded Erard piano purchased by the Queen in 1865. This piano caused a bit of a media furore when it appeared behind Queen Elizabeth II during her 2018 Christmas broadcast.

As part of the 200th Anniversary, this piano will be taken from Buckingham Palace to the Royal Albert Hall, to feature at a special Promenade Concert. This venue actually forms part of the cultural area constructed in Prince Albert’s memory following his death in 1861.

More information about the royal Erard grand piano can be found in this World Piano News article. 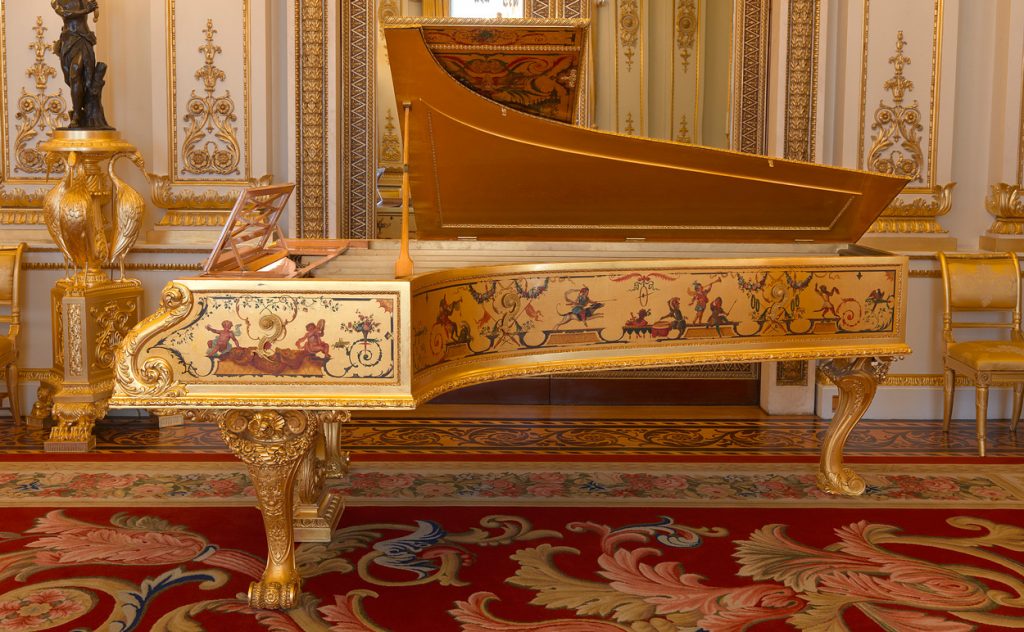 The Proms, established in 1895, is a season of daily concerts (mostly orchestral) running for eight weeks throughout the summer. The initial aim was to bring classical music to a much wider audience by making ticket prices affordable and presenting concerts in a more informal atmosphere. Taken as a whole, this is possibly the world’s largest music festival.

Prom 40: Queen Victoria’s 200th Anniversary will feature works by Arthur Sullivan and Felix Mendelssohn, both favourites of Victoria, and also a short selection of songs composed by Prince Albert.

Stephen Hough will play the royal piano, and the concert takes place on Friday 16 August 2019. Full details can be found on the BBC Proms website.

Every year Buckingham Palace opens its doors to the public for a couple of months. This is known as the Summer Opening. This year the event incorporates a special exhibition entitled Queen Victoria’s Palace. This will tell the story of how Victoria transformed this previously neglected royal residence into a cultural hub, a focus of national pride and a family home. 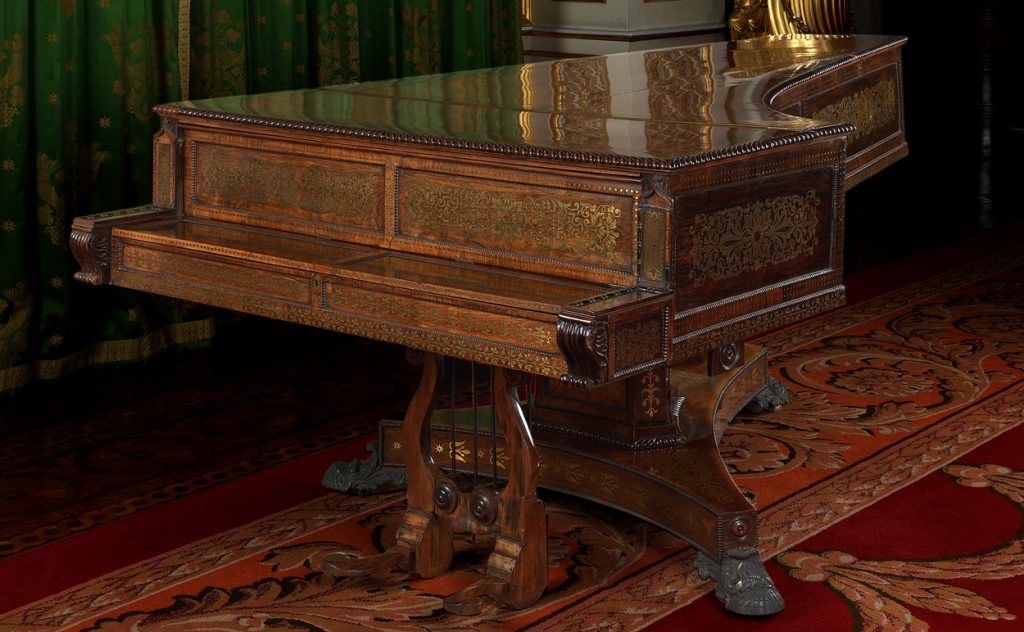 Visitors will be able to see the aforementioned Erard grand piano* in the White Drawing Room. In addition, another of Victoria’s pianos – a grand made by Isaac Mott in 1817, can be found in the palace’s Green Drawing Room. The piano is supported by an unusual leg assembly. It sits on a triangular pillar and this, in turn, rests on a triangular base with concealed castors.

This instrument originally stood in the Music Room Gallery of Brighton Pavilion, and is clearly visible in John Nash’s Views of the Royal Pavilion.

Victoria sold Brighton Pavilion in 1850 to fund the expansion of Buckingham Palace. The piano, along with all the other items of furniture, was relocated.

The Mott was originally purchased by Victoria’s uncle King George IV. Isaac Mott’s career began as a musician, but he became a piano maker in the 1810s. He was initially based in Brighton, and when the king bought one of his piano his business blossomed. The inscriptions on his pianos subsequently included “Makers to His Majesty” — the ultimate recommendation.

More information on this piano can be found on the Royal Collection Trust website.

Queen Victoria was actually born in Kensington Palace. This is now the London residence of The Duke and Duchess of Cambridge, and until recently also Meghan Markle and Prince Harry. And now two new anniversary exhibitions celebrating Victoria’s childhood, and her private life are opening as part of the bicentennial. 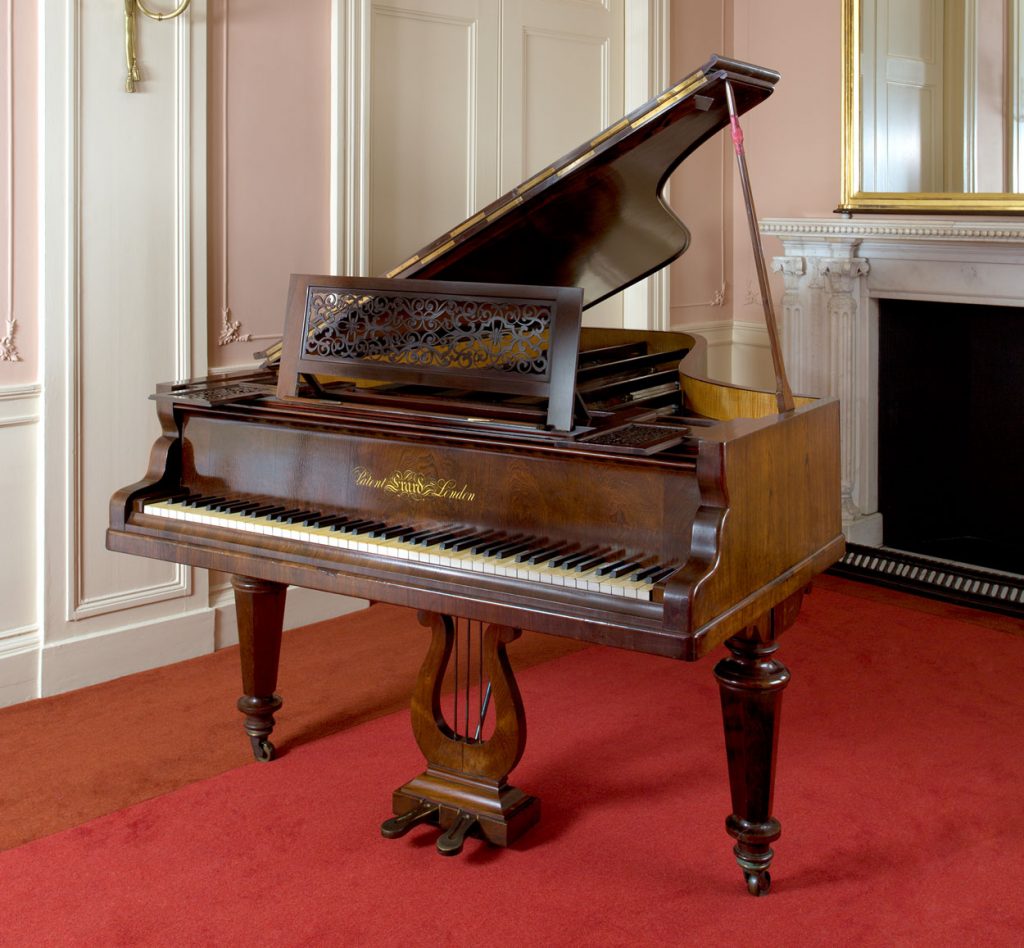 Grand Piano by Erard, London, c.1880, (Horniman Museum No. M99-1983). Acquired with the assistance of the Purchase Grant Fund.  By kind permission of the Horniman Museum and Gardens, photo by Sarah Duncan.

For the Victoria: A Royal Childhood exhibition, the Horniman Museum has loaned the Palace an attractive Erard grand piano. The piano will take pride of place in the Teck Saloon on the palace’s first floor. Here it will feature as an example of the kind of instrument used at the ball held to celebrate Victoria’s 17th birthday.

Victoria: Woman and Crown, and Victoria: A Royal Childhood both open daily at Kensington Palace, London from 24 May 2019. 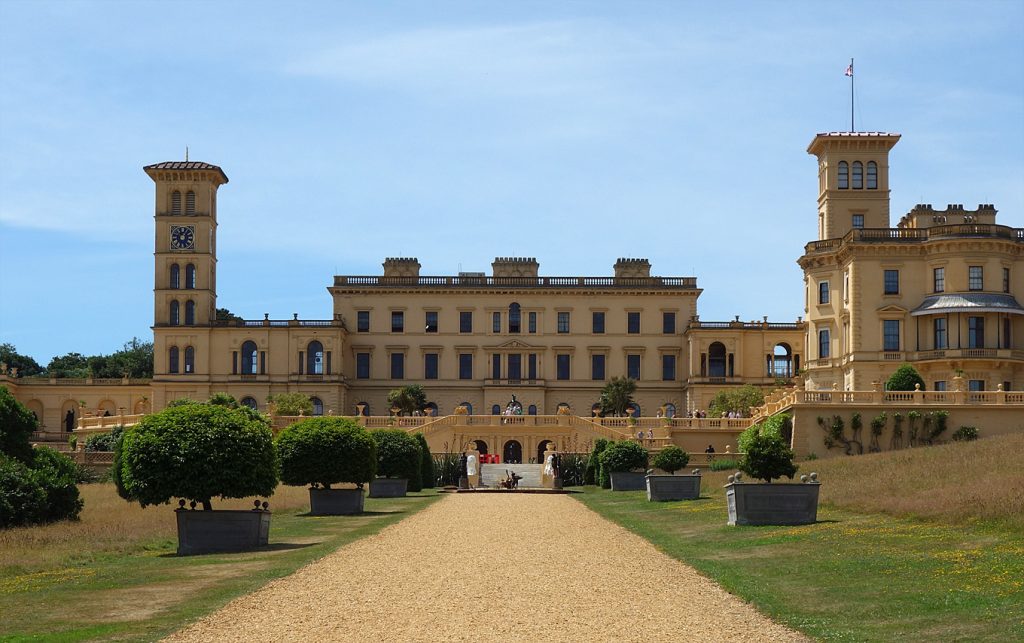 Osborne House was Victoria’s summer retreat. And to mark the 200th Anniversary there is a special exhibition here entitled Royal Presents at Osborne which tells the stories behind seven gifts Victoria and Albert gave each other. 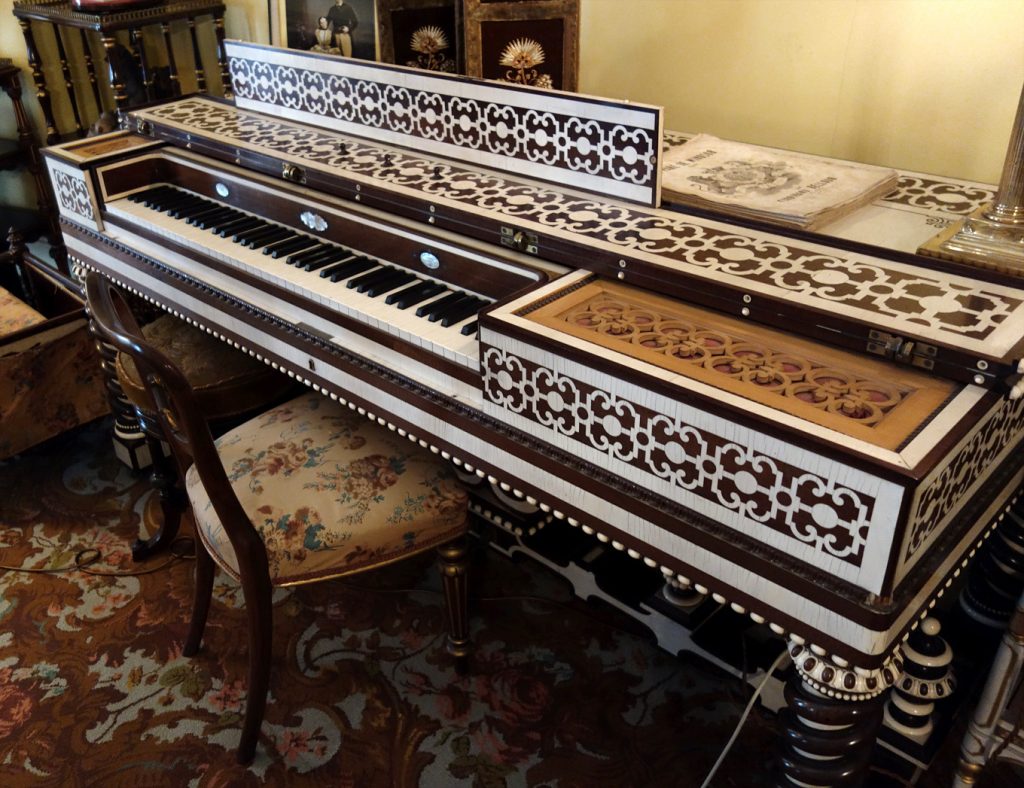 Pianos don’t feature in this gifts list, but if you are thinking of going to Osborne House this summer, there are two beautiful pianos once belonging to Queen Victoria to be seen at the royal residence.

Royal Presents at Osborne opens at Osborne House, East Cowes, Isle of Wight, on 24 May 2019.

* It is possible that at any of the above exhibitions a piano may not be on display on a certain day. Please therefore, contact the venue first if you are visiting an exhibition with the sole purpose of viewing a specific instrument.