This year the Pierce Piano Atlas celebrates its 70th anniversary. This unique reference work is often referred to as the “Bible of the Piano Business”, and is not only an essential source of information for anyone in the piano industry, but also a simply fascinating read. 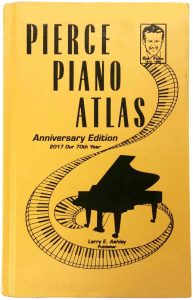 The book, available in both hard- and soft-cover versions, references more than 12,000 piano industry names dating back to the birth of the piano. But it really comes into its own when you want to discover more about a specific instrument. If you have an instrument’s serial number and brand name, the chances are you can use the atlas to discover the production date, the location of the factory, and other pertinent information including, in some cases, a history of the manufacturer. 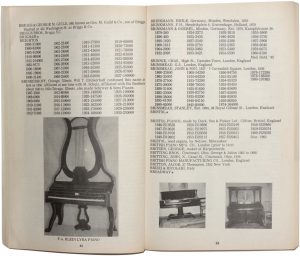 The 400+ pages are littered with interesting black and white (albeit low resolution) images of various types and makes of piano. And the end section contains fascinating piano-related nuggets of information, accompanied by a further array of historic photos.

In the late 1940s, Bob Pierce worked at Penny Osley Music in Los Angeles and in 1947 he and Norman Michel produced the first Piano Atlas. The work was a great success, and subsequent editions were published. Unfortunately, in 1963, poor health forced early retirement on Norman Michel, and Bob Pierce took over sole ownership of the atlas. The following year Bob’s son, Larry Ashley, joined his father to help with the atlas. The subsequent edition (6th), released in 1965, was the first to feature the Pierce name. 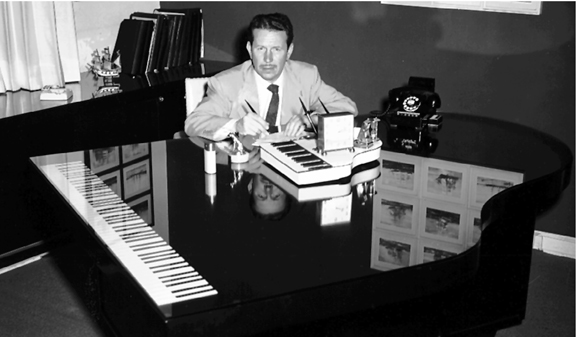 Bob Pierce travelled the world for many years tracking down information for the atlas. As well as working in the retail industry selling pianos at a relentless pace, he amassed the world’s finest collection of miniature pianos.  He also accumulated a mammoth collection of original piano manufacturers’ decals (the nameboard “logos”). 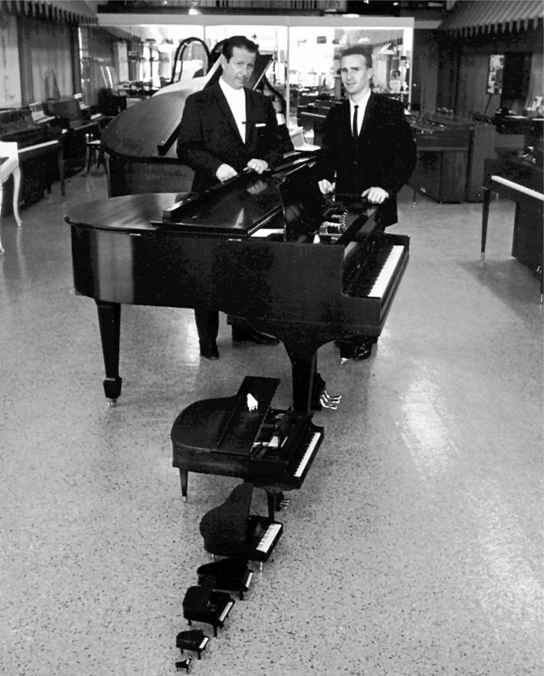 Having devoted his life to the piano, Bob Pierce passed away in 1995. The atlas continues in the capable hands of his son Larry Ashley helped by other members of his family. 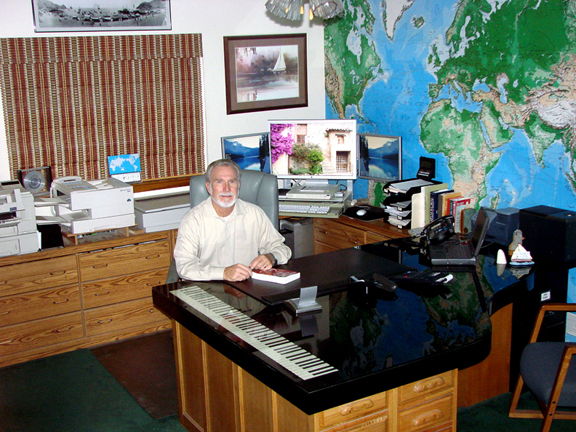 Each edition of the atlas has essentially the same cover artwork, however the cover colour does change. The 2017 anniversary edition is a bright yellow.

If you’ve never seen a copy of this unique work, I strongly recommend you do. This is not a coffee table book – it’s basically a directory, but It will probably tell you something you never knew about that instrument in your front room.

One thought on “70 years of the Pierce Piano Atlas”