130 years ago, on August 14th 1888, a recording of famed composer Arthur Sullivan’s “The Lost Chord” was played to members of the press at an event in London, England. It is generally accepted that this is the first piano recording ever made. 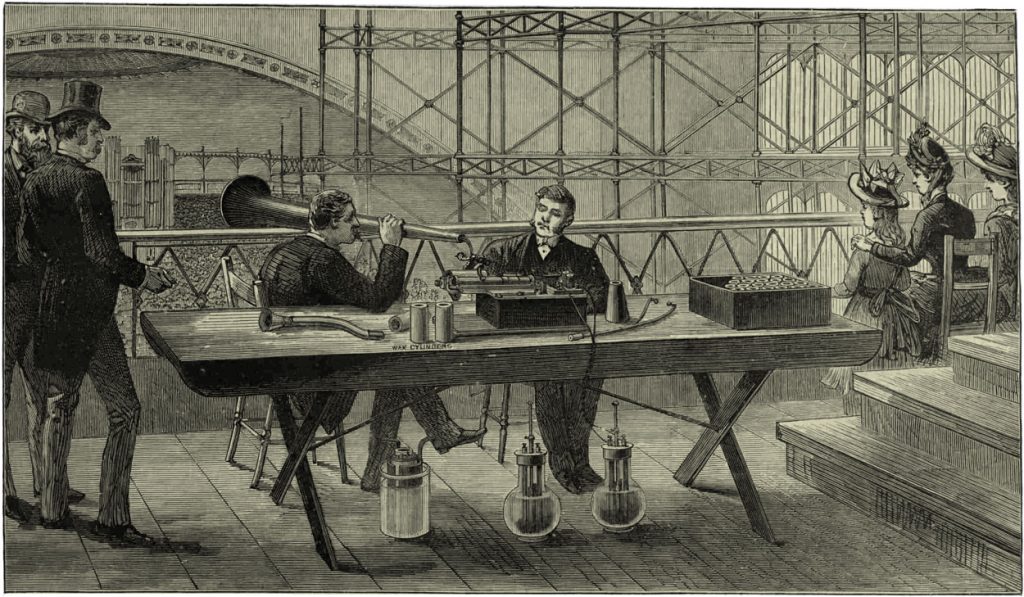 The device used to make the recording was a phonograph — Thomas Edison’s 1877 invention. The phonograph etches grooves, modulated by the incoming sound, onto a rotating cylinder. Edison initially wrapped the cylinder in tin-foil, but subsequently used wax. 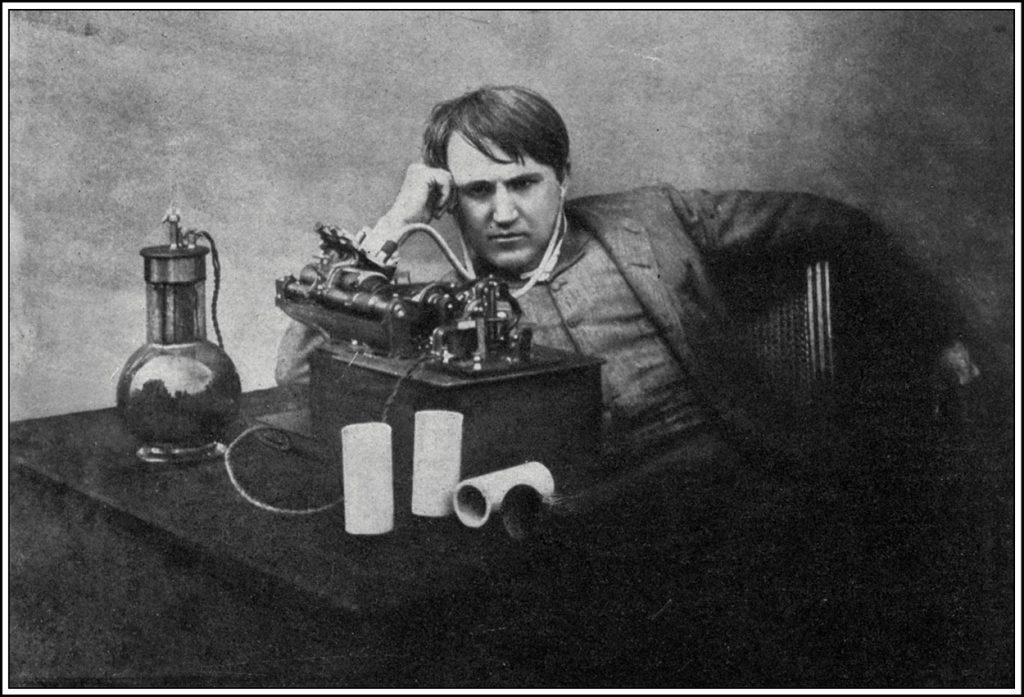 Edison and his phonograph in June 1888 — a tough day at the office?

George Gouraud, Edison’s European agent, hosted the London event. Edison had developed his “Perfected” Phonograph earlier in the year, and sent it to Gourard to unveil to the world. Gourard organised the recording of Arthur Sullivan’s famous composition featuring piano and cornet. There is no record concerning who the performers were, or the make of piano used.

Gourard subsequently held a series of events showcasing the phonograph to London’s high society. Sullivan himself attended one such event on 5 October 1888. At these “parties”, Gourard encouraged guests to record personal messages for Edison. These were then sent to him at his Menlo Park facility (California, USA). The following video features the first piano recording, followed by Sullivan’s message to Edison.

“…I am astonished and somewhat terrified at the result of this evening’s experiments. Astonished at the wonderful power you have developed, and terrified at the thought that so much hideous and bad music may be put on record forever. But all the same I think it is the most wonderful thing that I have ever experienced, and I congratulate you with all my heart on this wonderful discovery.”

130 years on, Sullivan’s reference to “bad music” has perhaps proved to be somewhat prophetic.

A fascinating YouTube video showing how Edison’s phonograph works can be found here.

2 thoughts on “130th Anniversary of the First Piano Recording”