For the past 19 years, the University of California San Diego Library has held a Toy Piano Festival. It was established to celebrate this unique musical instrument and to pay homage to American composer John Cage. 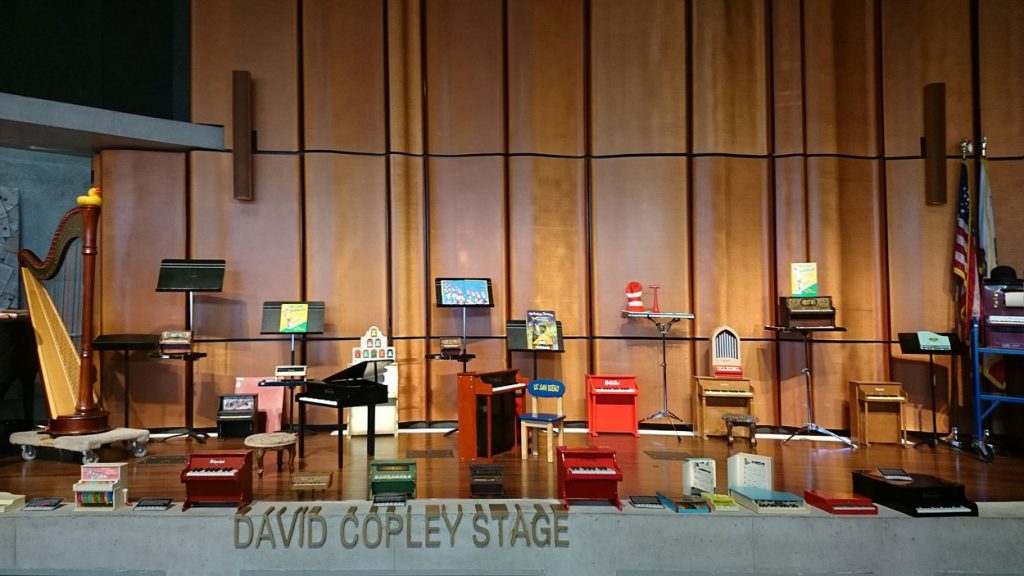 In 1948 Cage wrote his “Suite for Toy Piano”. This was the first serious composition to feature the instrument.

Cage was born on September 5th, 1912 and the annual festival is always held on or around this date.

This year’s 19th Toy Piano Festival takes place at the University of California San Diego’s Geisel Library actually on the composer’s birthday. And an additional allied event will take place at the San Diego Central Library on Sunday, September 15th.

The Geisel Library is the home of an extensive toy piano collection. It comprises instruments, commissioned scores, published literature and recording. 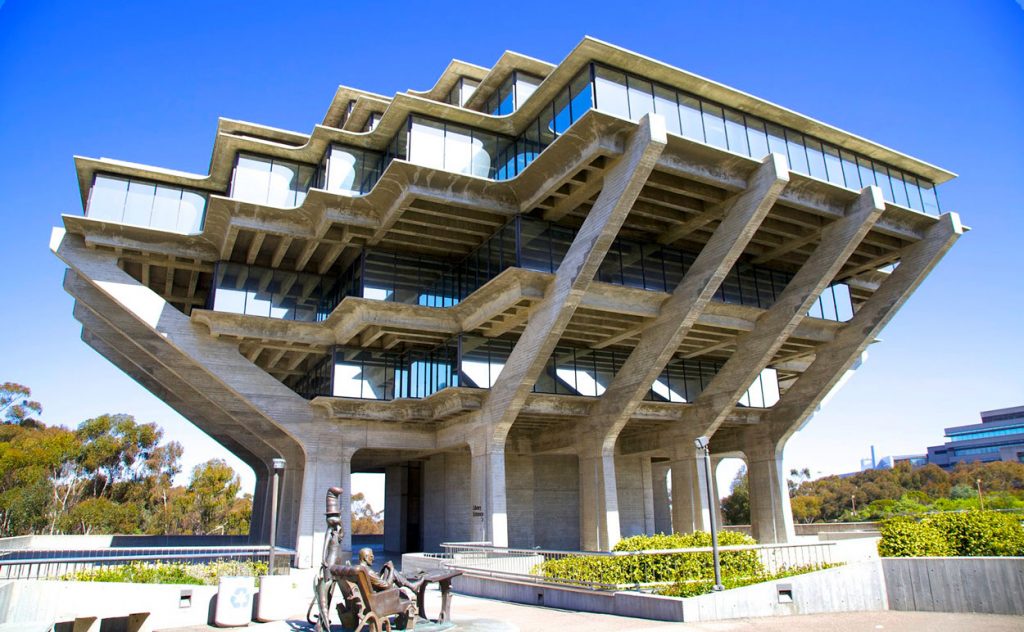 In 2001, at the request of the Collection, the US Library of Congress issued a subject heading and a call number for toy piano scores (M 175 T69). This allows material referencing toy pianos to be formally classified.

UC San Diego’s Scott Paulson is the festival’s driving force. He launched the event back in 2001 and continues to act as the festival director. This year various performers and composers, Paulson, will showcase their latest works.

Toy pianos have been around since the middle of the 19th century. And despite their name, they aren’t produced exclusively for children. In addition to John Cage, bands such as Radiohead, The Cure, and the B-52s have all used them in performance.

They are typically less than 50 cm wide and span between one and three octaves. However, some of the more basic models do not offer a full chromatic scale and only have white notes.

“Traditional” toy pianos use vibrating metal rods, rather than strings, as the sound source. Originally they were “uprights”, but by the 20th century, “toy ” had become available. Today you can purchase digital models. More information on toy pianos can be found in this previous story.

The instrument’s popularity is down to one man – Albert Schoenhut. He came from a German toy-making family and in 1872 established the Schoenhut Piano Company in America. It is still the world’s leading toy piano manufacturer. 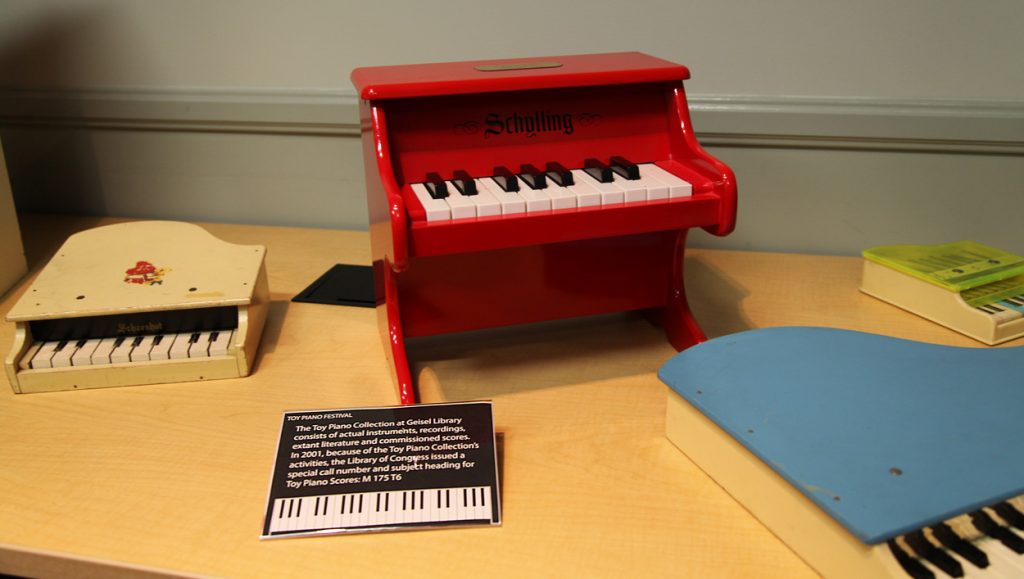 Although defined as “toys” many of these pianos can be considered to be proper musical instruments. However, you may recall Lucy telling Schroeder (in the Peanuts cartoon strip) he is playing a toy! And you wouldn’t want to challenge Lucy!

More information on the 19th Annual Toy Piano Festival can be found on UC San Diego Library website. Celebrate the smallest member of the piano family. Entrance is free.

One thought on “The 2019 Toy Piano Festival”