Six pianos survived the atomic bombings of Hiroshima and Nagasaki on August 6th and 9th, 1945. These are known as the “Hibaku Pianos”. One of these instruments will feature at the Nobel Peace Prize Concert next Monday (11th December 2017). 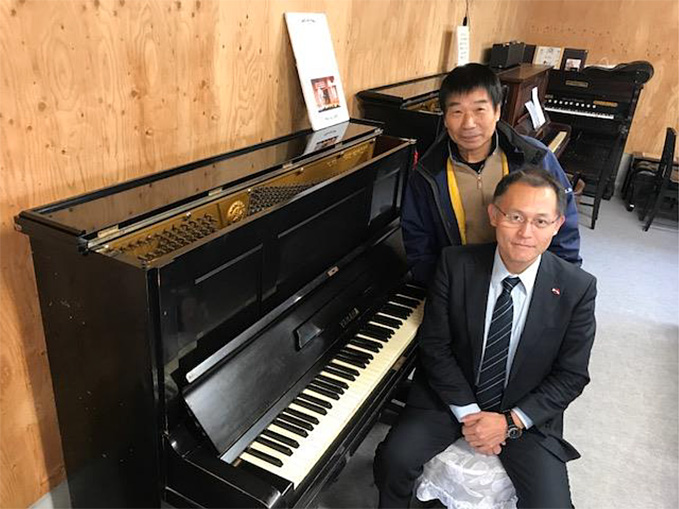 This year the Nobel Peace Prize was awarded to the International Campaign to Abolish Nuclear Weapons (ICAN) for “its work to draw attention to the catastrophic humanitarian consequences of any use of nuclear weapons, and for its ground-breaking efforts to achieve a treaty-based prohibition of such weapons”. It was thought highly appropriate to feature one of the pianos at the event.

The Nobel Peace Prize Concert is held each year and is a musical tribute to the winner.

The piano that will appear at the concert is an 85 note black Yamaha upright piano built in 1938 (serial no. 33918). It was just 3km from the epicentre, in Minami-ku, Hiroshima City, when the bomb went off. The piano’s owner donated the instrument to piano technician Yagawa Mitsunori, of Yagawa Piano Studio. Mr Yagawa has specialized in restoring and collecting the pianos that survived the atomic bombs. His company owns all six instruments (5 uprights and a grand).

This Yamaha upright has been restored so it is playable, but its physical condition is much as it was after the explosion. 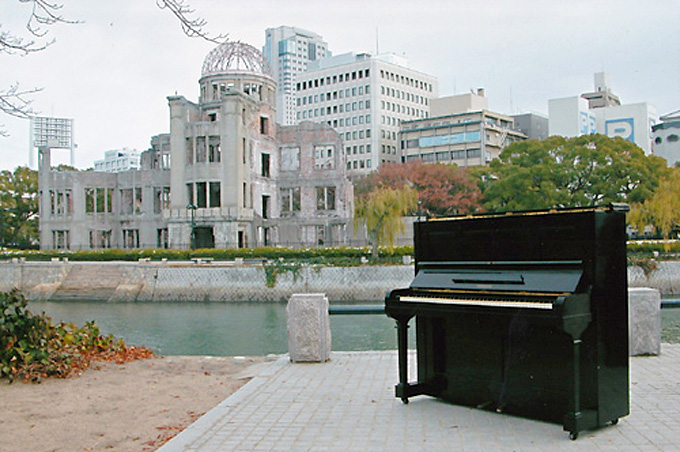 The piano has featured in more than 1700 peace concerts across Japan. It has also appeared at an event in New York (2010). A movie about the instrument is planned for release in 2019, and there are still sponsorship opportunities available – for more information contact the Yagawa Piano Studio.

Yagawa Mitsunori, who has accompanied the piano to Oslo, stated, “ I hope that people hearing the timbre of the Hibaku Piano at this concert will reflect upon the preciousness of peace, and the horror of nuclear weapons. This piano has experienced the tragedy of the atomic bombings. Therefore, there is a message which only it can convey. As a second generation Hibakusha (atomic bomb survivor) in Hiroshima, and as a piano tuner, continuing this is my life’s mission.”