Following its highly successful launch at the Edinburgh Fringe in 2018, Pianodrome returns to the festival this August. 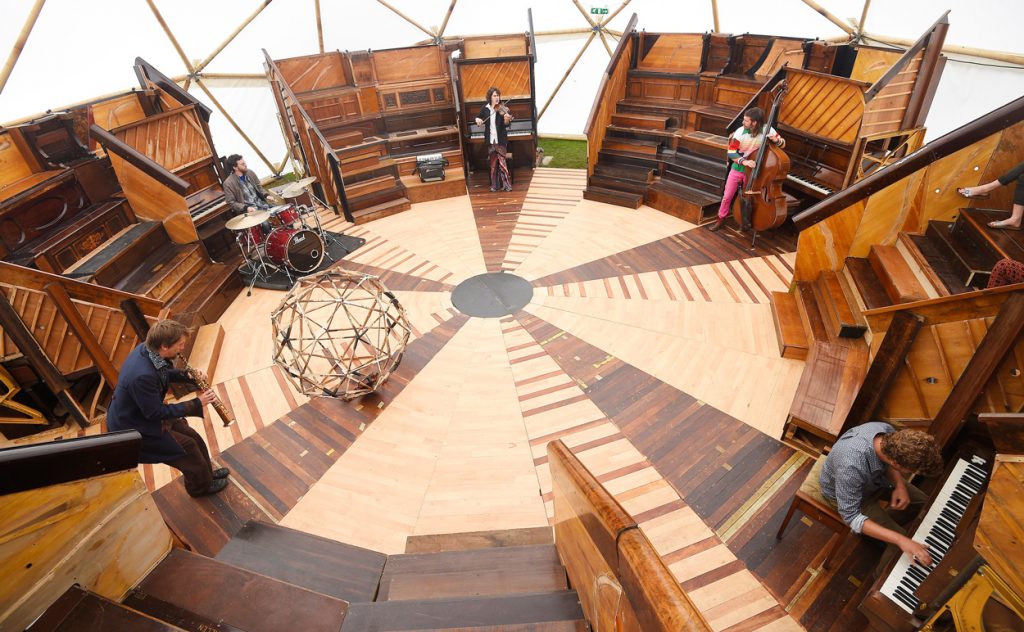 We don’t generally run stories about concert venues/shows, but this is something different and really special.

Pianodrome is a 100-seater amphitheatre made entirely from 55 unwanted pianos. Five of the instruments are playable, whilst a further fifty are used to construct a circle of tiered seating.  The structure is encased in a geodesic dome enabling it to be used outside. The project is the brainchild of designer Tim Vincent-Smith and producer Matt Wright.

The short video below brilliantly captures the immense effort that went into the realisation of the project, and it also shows just how great the end result turned out.

Last year Pianodrome was located in Edinburgh’s Royal Botanical Gardens. It attracted considerable interest and widely featured in the BBC’s Festival output. World Piano News ran a story about it, which can be found here. 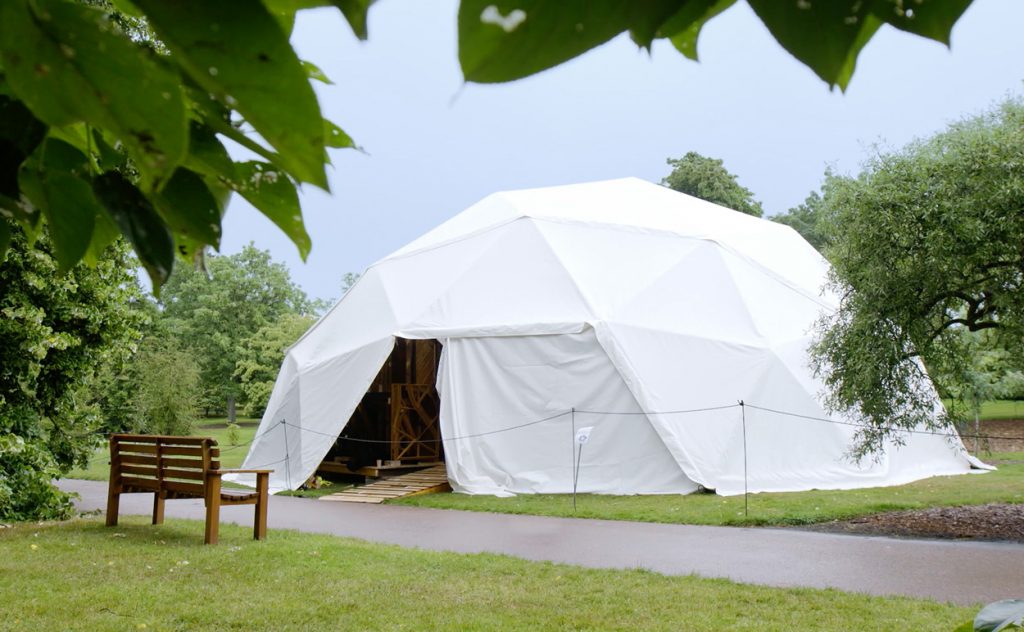 This year the venue moves to Pitt Street (Edinburgh), and more than 10,000 tickets are available for Pianodrome events. The programme includes music, theatre, dance and live film scores.

Pianodrome became the talk of the town during the Fringe 2018 run. This year we’re joining forces with the Pitt Street Market, to bring the Fringe’s biggest small venue back for 2019. 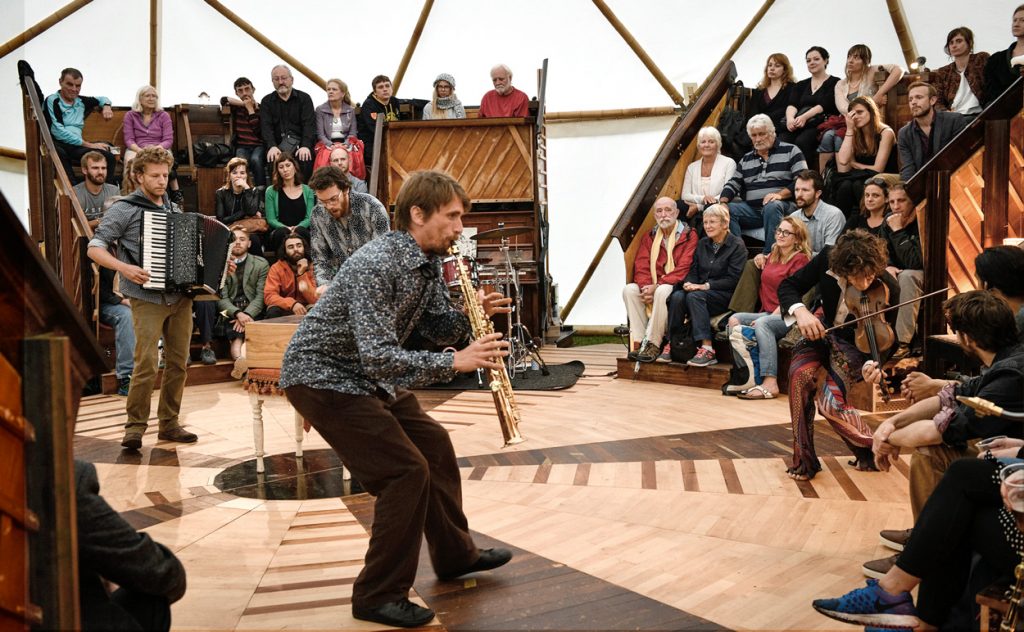 Pianodrome at the Pitt runs from 31st July to 25th August. Visit the Pianodrome website for more details.

Pianodrome is supported by the Made in Scotland Showcase 2019.