Last week’s Piano Auction Limited’s event at Conway Hall London saw the sale of the celebrated 1821 Thomas Tomkison grand piano. The instrument was made for George IV and was kept at the Royal Pavilion, Brighton. It can clearly be seen in the John Nash illustration of the entrance hall (1826). 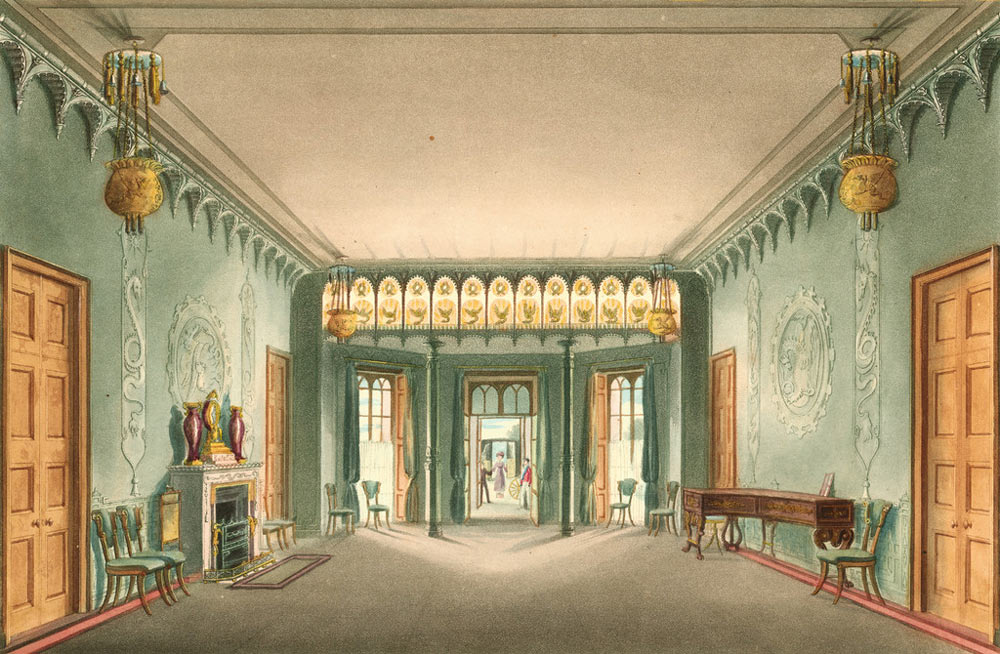 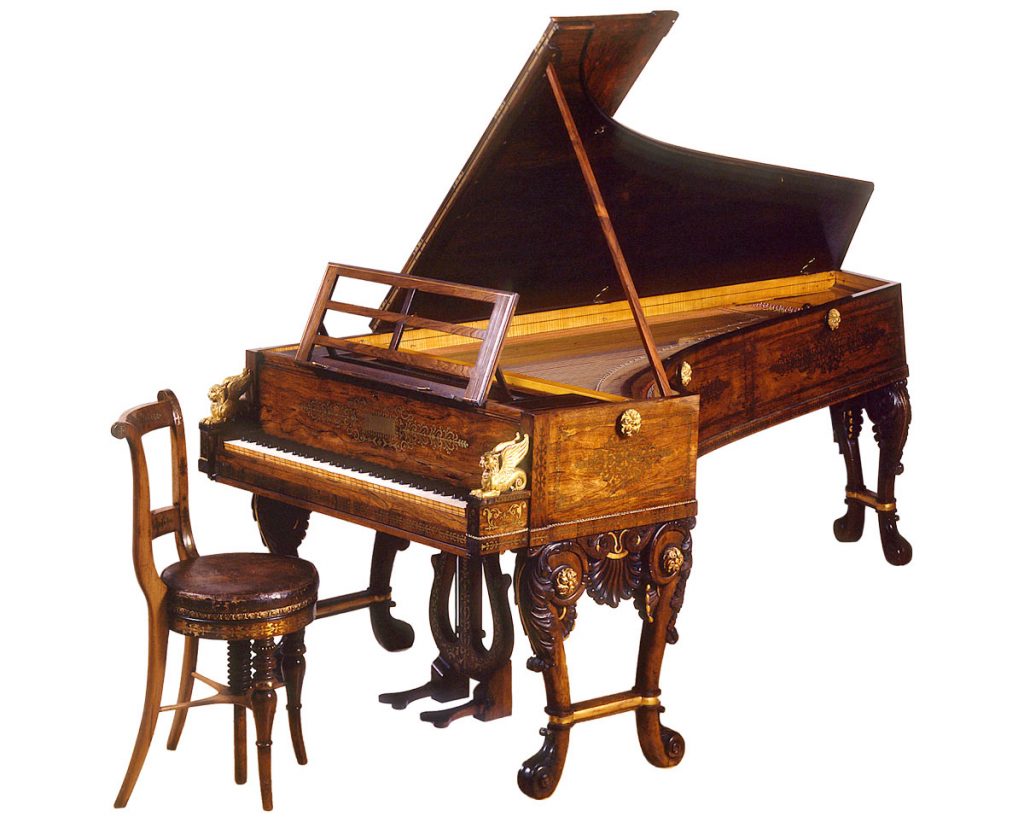 This elegant piano is extravagantly decorated, with the keyboard flanked by winged mythical beasts. The case is veneered in rosewood, and features cut brass inlays and floral designs carved on the S-scroll legs. The fascia board bears the inscription THOMAS TOMKISON, MAKER TO HIS MAJESTY.

Thomas Tomkison worked in London during the first half of the 19th century. He was eventually appointed piano maker to the Prince of Wales (later George IV). During his life, his company made more than 9,000 instruments.

This is a 6 octave piano (CC to c4) utilising the ‘English grand’ action. The bass notes, to FF, are bichord (2 notes per string) and trichord from then up.

There is a damper pedal and a keyboard shift pedal. The latter, when depressed, causes the keyboard and action to slide so the hammers strike either the two or three strings, or just one string (una corda) per note. This regulates the volume of the instrument.

Queen Victoria sold the Royal Pavilion to the town commissioners in 1850. Its contents were either put up for sale or moved to other royal palaces.

Prior to the auction, the piano formed part of the Colt Clavier Collection. This is probably the finest collection of historical pianos in the world. Sadly it is currently only available to view by appointment. The death of Mrs Lore Barbara Colt led to the sale of the Tomkison and four other pianos at this month’s London auction. Details of these other instruments will appear in another post shortly.

The Royal Pavilion and Museums Foundation are the new owners of the piano. Funding came from the Art Fund, Arts Council England, the Victoria and Albert Museum Purchase Grant Fund and the Leche Trust. Martin Levy, director of H. Blairman & Sons Ltd., acted for the Foundation at auction, and played a pivotal part in securing the instrument.

The piano returns to its rightful home at the Royal Pavilion on Tuesday 11th April. Museum bosses hope that it can be on general display as early as this Easter.