On April 6th at Robins Airforce Base (Houston County, Georgia, USA) a rather unattractive upright piano was ceremonially torched.

This piano burning event was organised as part of the Royal Air Force Centennial Celebration. The UK’s Royal Air Force (RAF) was officially formed on April 1st, 1918. It is the oldest independent air force in the world, and celebrations will take place throughout 2018 to mark this 100th anniversary.

A group of RAF Exchange Officers stationed at the airbase hosted the event, which also featured a cricket match and a picnic. 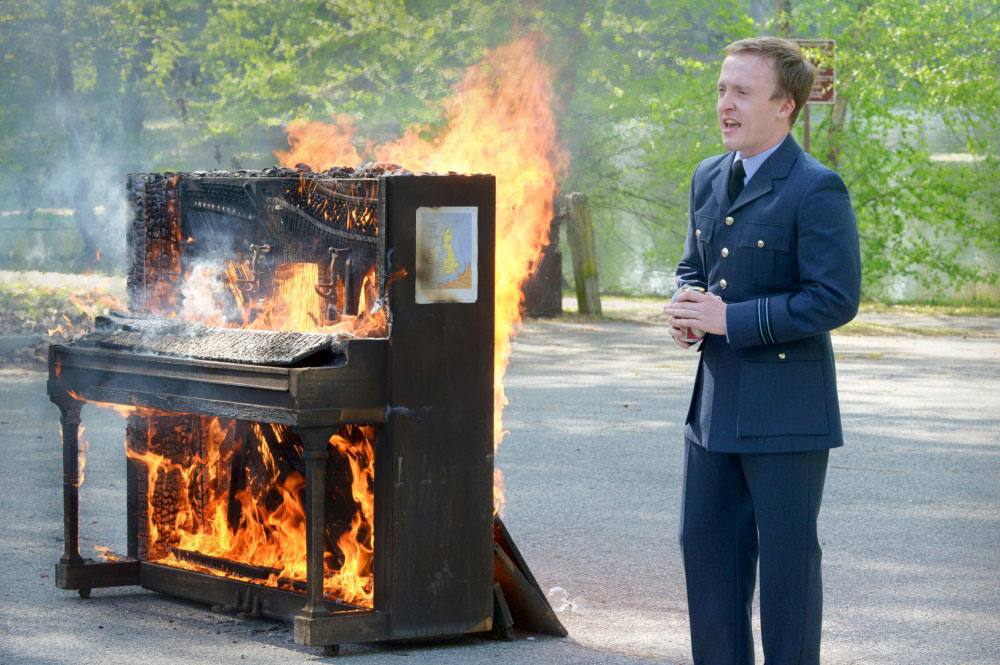 The burning of a piano is something of a tradition in the RAF going back to the days of World War II. The exact origins of this pyromania are somewhat unclear. One train of thought is that the act of burning a piano pays homage to whose who died defending their nation. Another theory is a little more “romantic”… 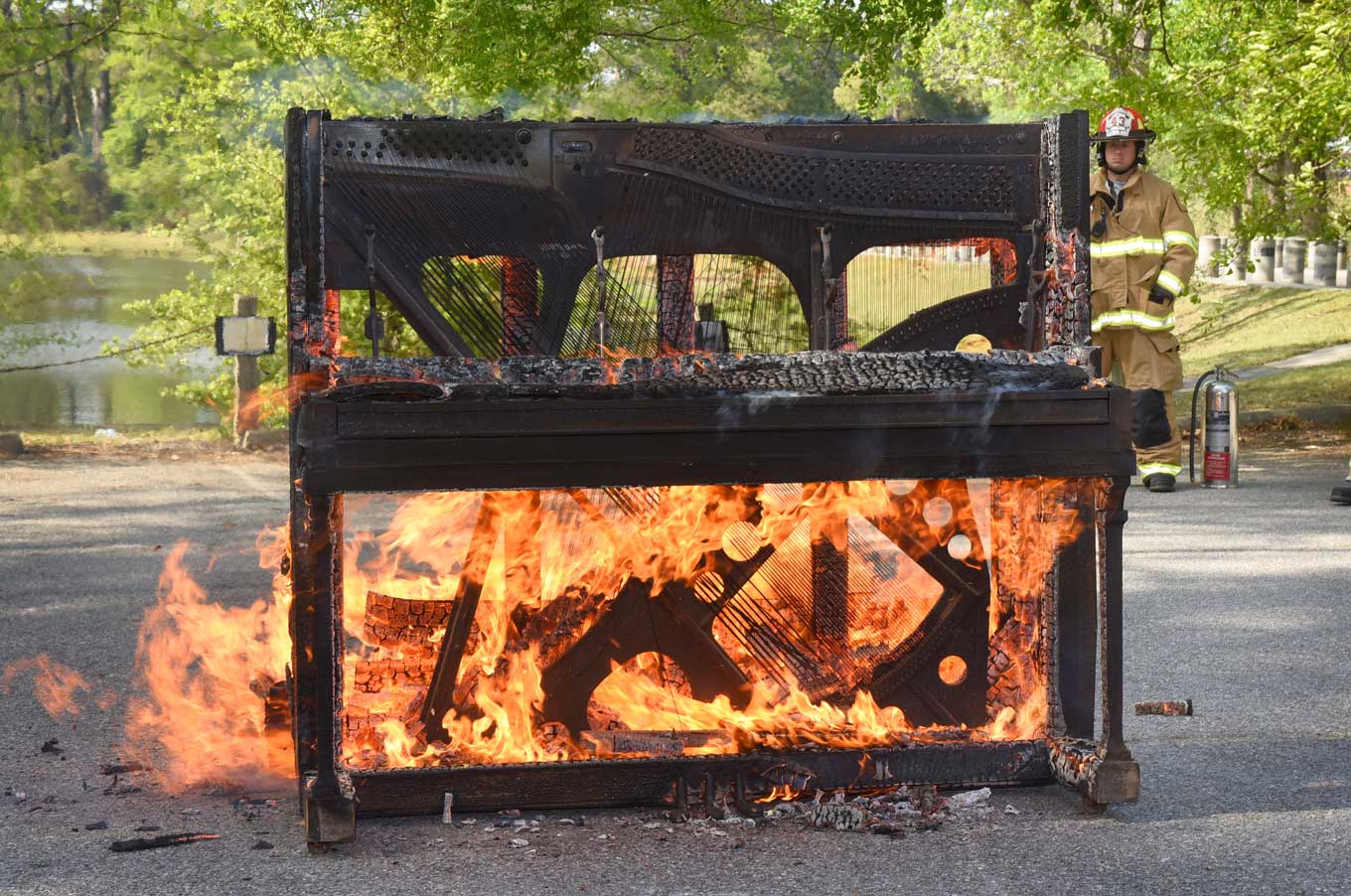 The “burn” at Robins Air Force Base in full swing,

It is said that the British military top brass thought it would be a good idea for RAF pilots to learn to play the piano. This would both improve their appreciation of the arts and enhance their manual dexterity. This, they thought, would be a good use of the down-time between missions. The pilots and aircrew thought differently. They disliked the piano lessons intensely, and several fires “mysteriously” broke out in various airbases’ music rooms. The legend was born.

Piano Burning and the USAF

Piano burning is not just the sole domain of the RAF. In 1940 US pilots actually fought alongside their UK colleagues at the Battle of Britain – this was before America officially entered World War II. These US squadrons still exist. They are known now as the F-15E Strike Eagles, and are one of several USAF squadrons to ceremonially burn pianos.

Around the world, there are also occasional piano burning events unrelated to the traditions of the military. And, of course, there was the mythical Great Square Piano Burning of 1904!

More information on this somewhat destructive tradition can be found here — an article published on this site in February 2016.