Romain Thiery has two passions—pianos and photography. In his latest series, Requiem for Pianos, he has combined these loves and produced a truly unique collection of images.

But these photographs are not glossy shots of expensive pianos. These are emotionally arresting, hauntingly atmospheric images of pianos, left to rot in their original crumbling surroundings. 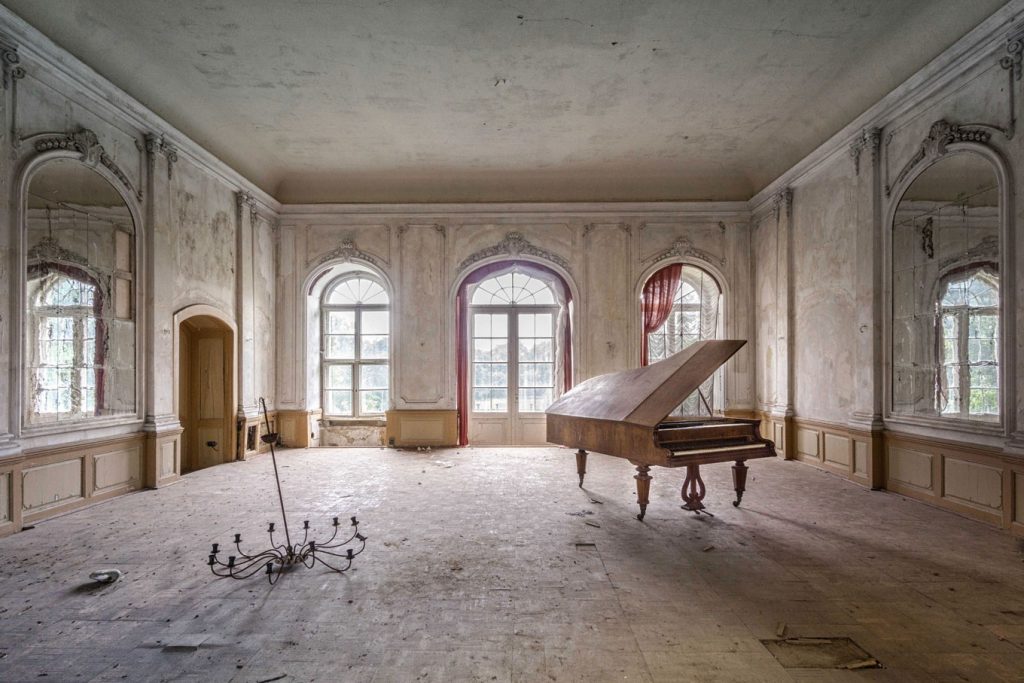 No. 32, an abandoned castle in Germany 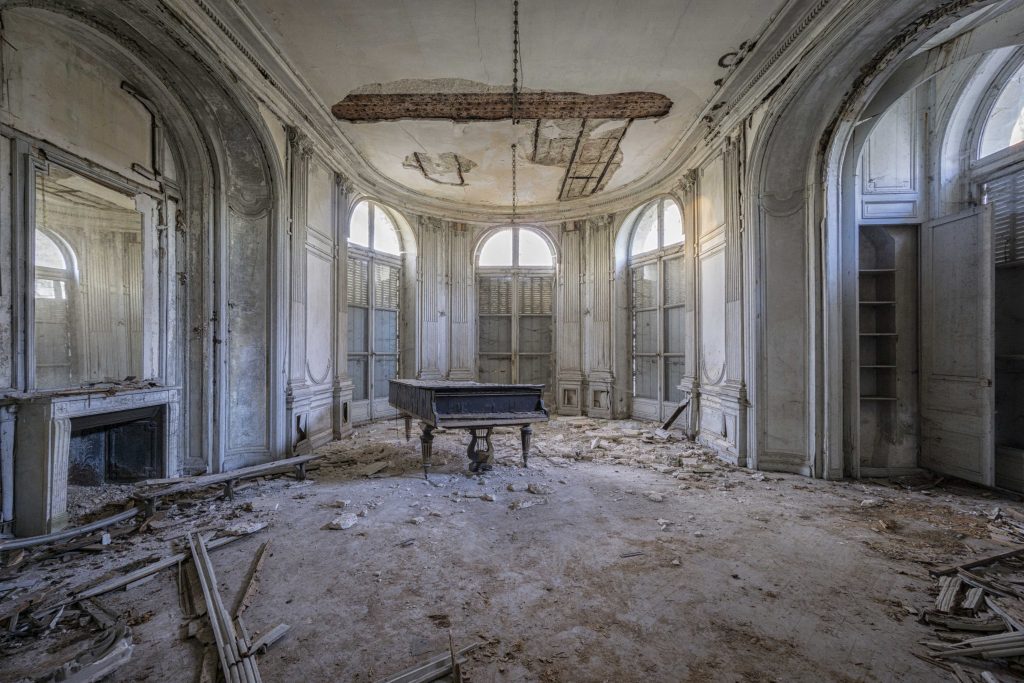 No. 7, an abandoned castle in France (now under renovation)

Thiery has travelled across Europe seeking out old, disused buildings. In some he has encountered pianos, abandoned for decades. His evocative photographs of these instruments and their environment inevitably makes one wonder how things might have been in years gone past. The image of a neglected piano creates strong emotions in most musicians, and seeing these decaying, crumbling instruments in what were once beautiful, often sumptuous, surroundings, compounds these feelings.

In May 2017, Thiery was given access to the Chernobyl exclusion zone in northern Ukraine. It was here in 1986 that an explosion and fire at the nuclear power plant caused the release of radioactive material, resulting in widespread contamination of the area. Those living within 30km of the plant were evacuated. This evacuation zone remains to this day—fertile ground for Thiery. 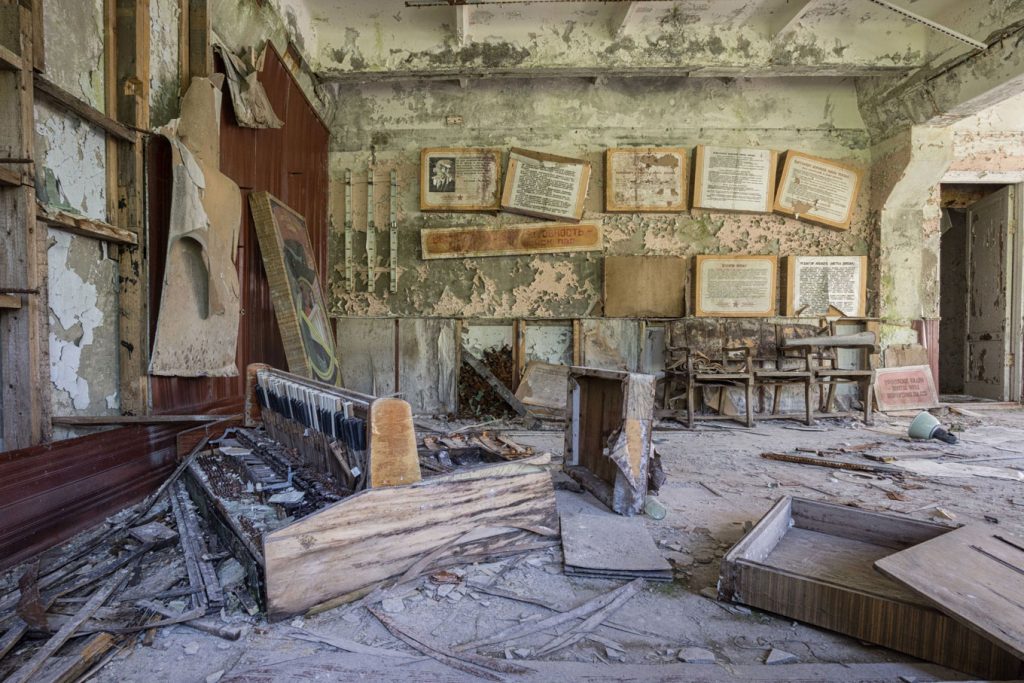 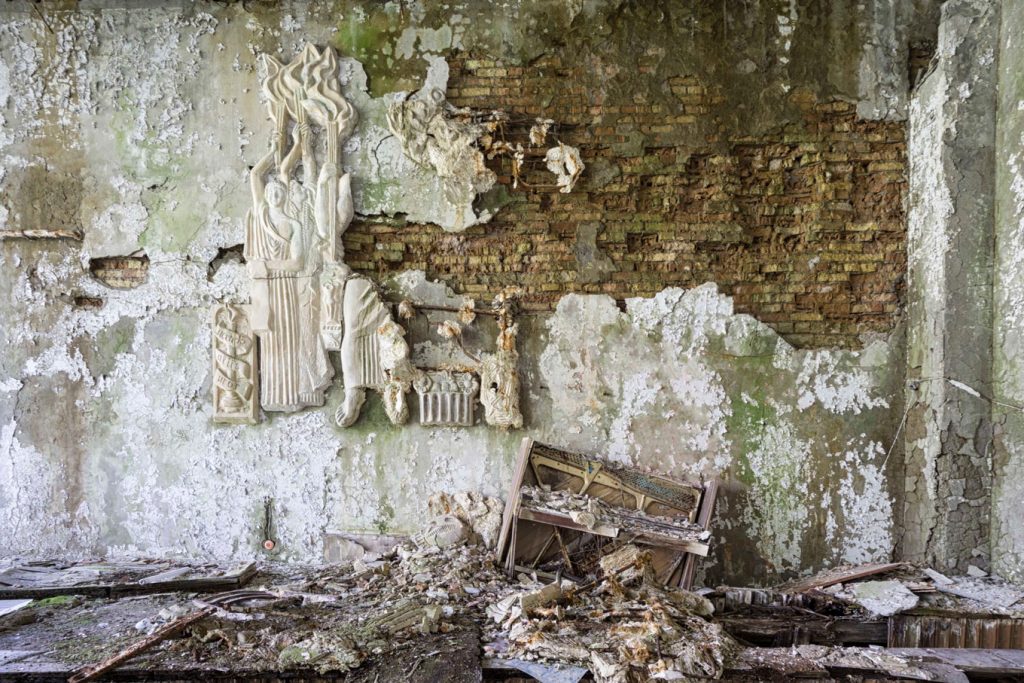 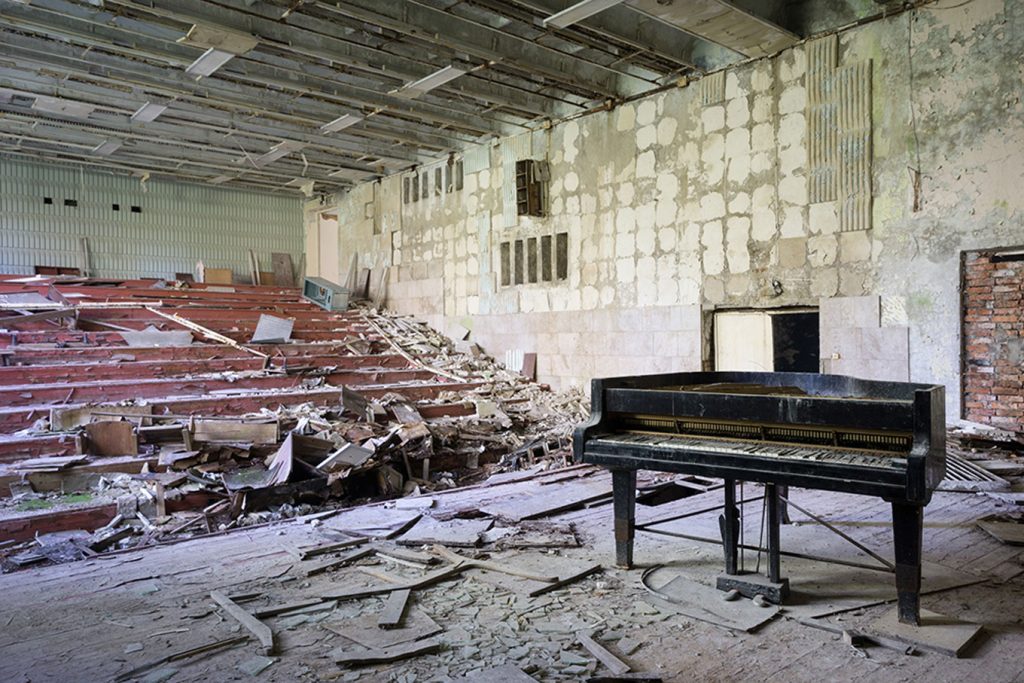 No.5, a school in Chernobyl, Ukraine

Thiery is a native of Périgord, a region in the Dordogne, south-west France. This area, as Thiery states, is, “…rich in history and filled with derelict wonders”. His mother introduced him to this world of forgotten places, and with his professional photography skills and love of the piano, he subsequently took things to the next stage. 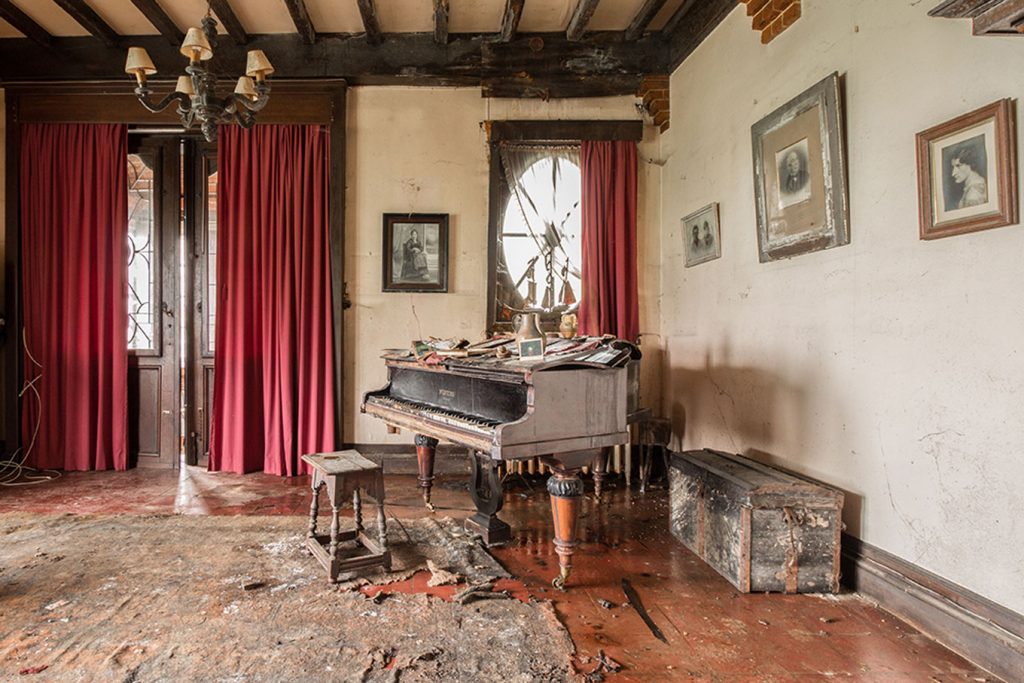 No.40, an abandoned house in Belgium

The Requiem for Pianos series visits locations in France, Italy, Belgium, Ukraine, Germany and Poland. Thiery stresses that nothing is touched or moved, “The pianos were there as you can see them in my photographs when I entered in the places. This is one of my own convictions, I want to capture a story, to bring this instrument back to life in its environment.” 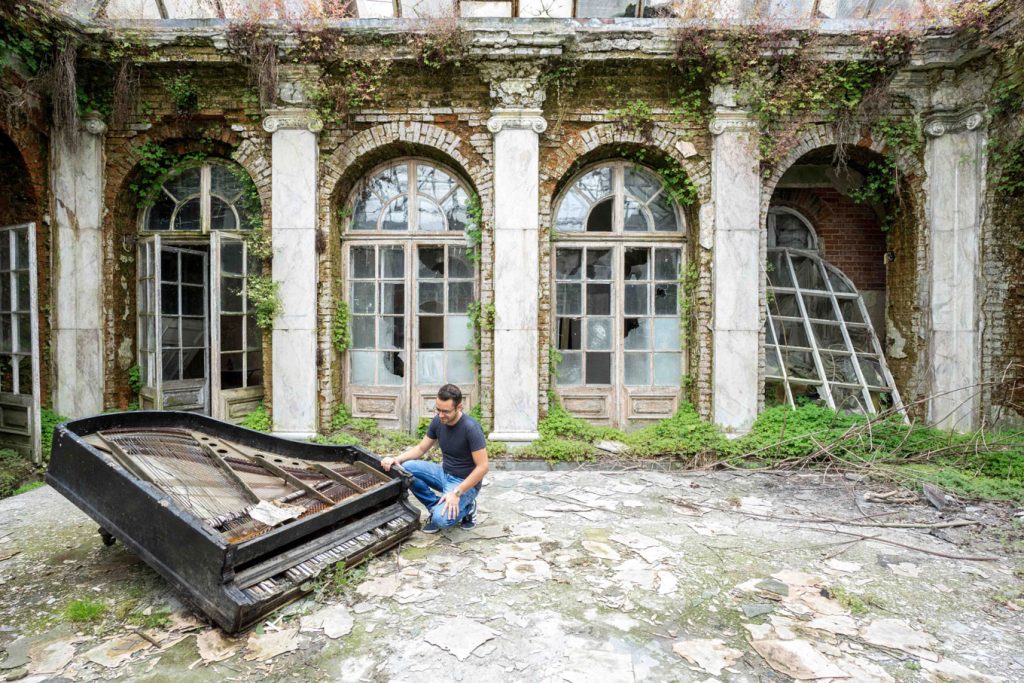 Thiery currently has a permanent exhibition at the Anywhere Creation Gallery at Piegut-Pluviers, France. Exhibitions for later in 2018 and 2019 include: