There were two grand pianos in Elvis Presley’s life. One was the 1912 Knabe grand piano that Presley purchased for $818.85 in 1957. He had this instrument painted white and kept it in the music room at Gracelands. This piano featured in two stories we ran back in August and September 2017. 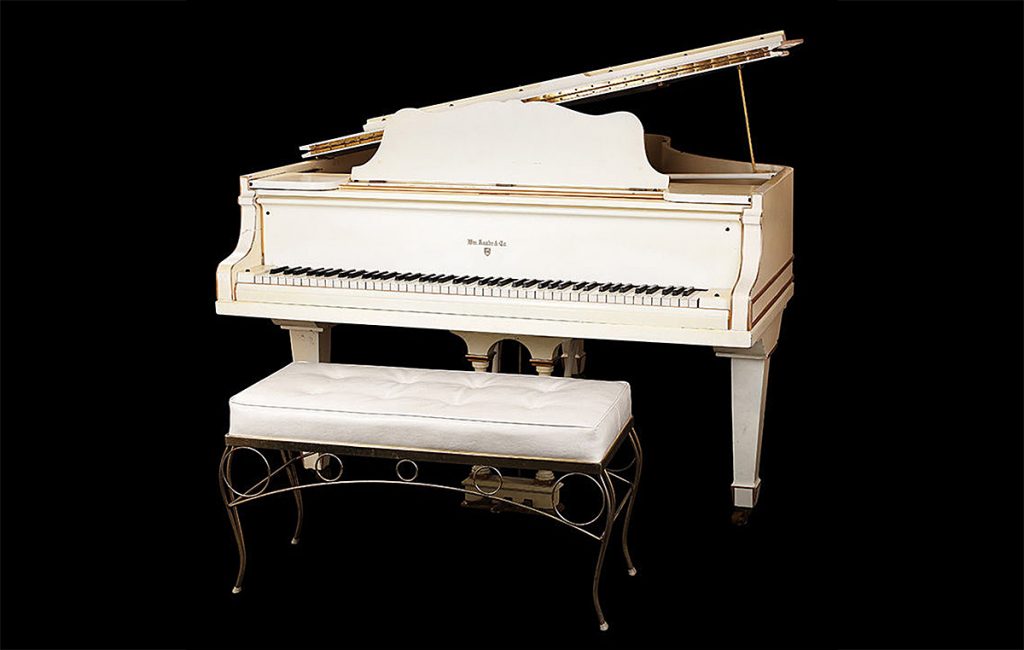 Presley also purchased a 1928 Kimball grand. This had been the house piano at the Dixon-Myers Hall in Memphis. Presley bought the instrument for his mother Gladys, but she found it rather too large and cumbersome for her house. Gladys Presley died in 1958, the piano was put into storage.

But in 1968, Pricilla Presley decided to rescue the Kimball and had it completely covered in gold-leaf. Initially, the piano had a walnut finish. Pricilla proceeded to present the instrument to Elvis as a first wedding anniversary gift.

The white Knabe was now consigned to the storage facility, and the newly refurbished gold Kimball took pride of place at Gracelands. 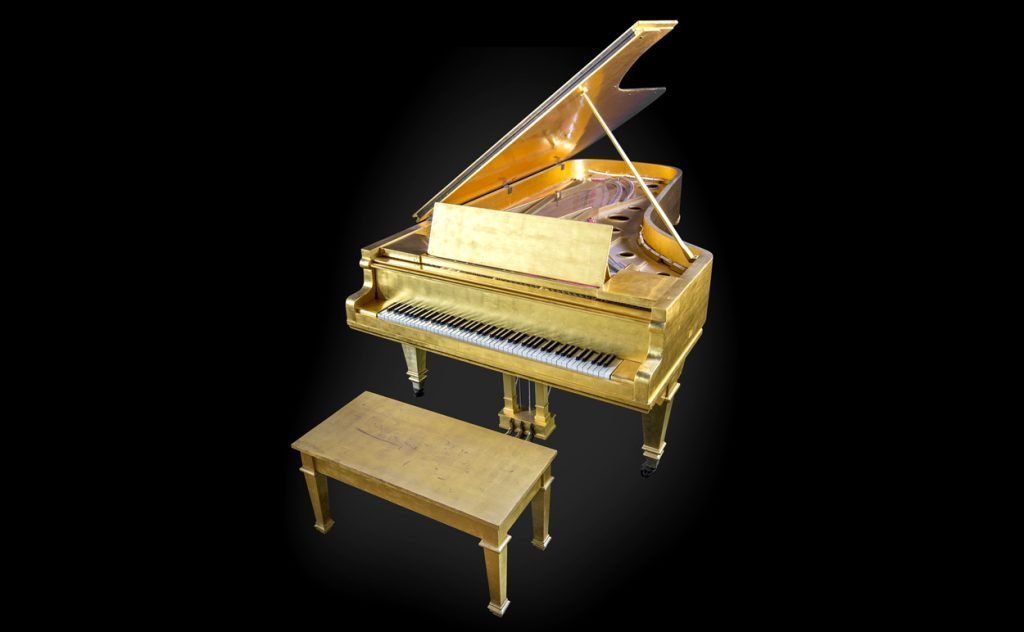 The discarded Knabe had several subsequent owners. But in 2017 it was sold on eBay for $375,190 to an undisclosed buyer. This turned out to be the Gracelands estate, and the piano is now back on display at its “spiritual home”.

Following Elvis’ death in 1977, Russ , an Ohio businessman and collector, reputedly purchased the 24-karat gold leaf Kimball grand piano for $2 million. Subsequently, and rather generously, he leased it to Nashville’s Country Music Hall of Fame for some 20 years, charging just $1 per year.

However, in 2015 the piano appeared at Julien’s Icons and Idols: Rock ‘n’ Roll Auction. It sold for $610,000. The buyer was Hard Rock International and the piano is believed to be their 80,000th piece of memorabilia. The company owns the world’s most valuable collection of such items and exhibits them at its locations around the globe. 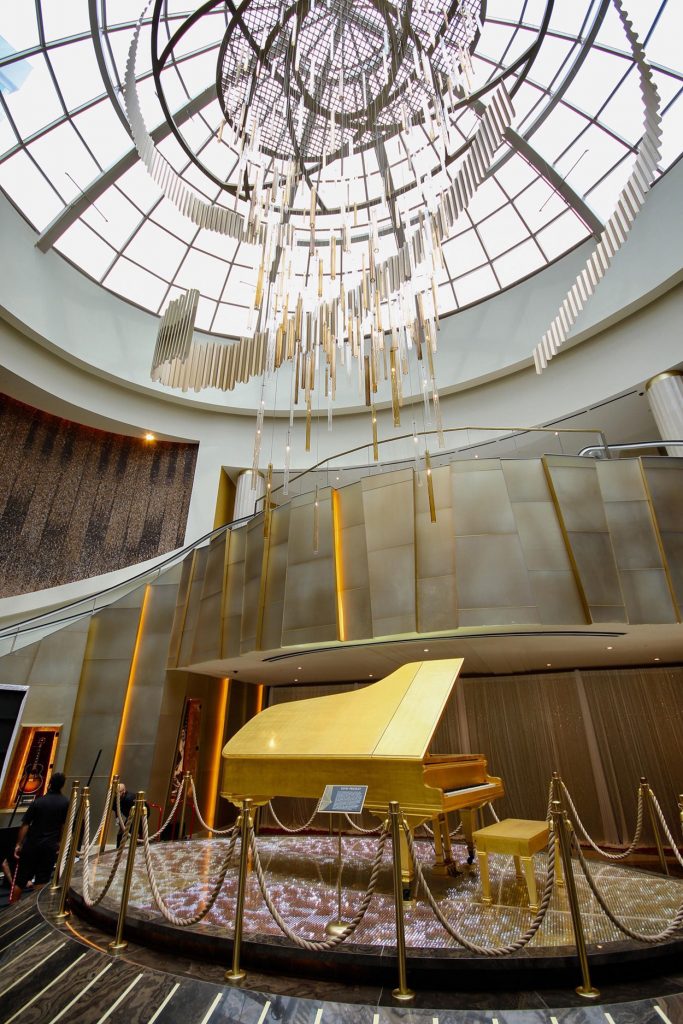 Elvis’ gold piano will join 500 other important and evocative items from the world of music on display at the new Seminole Hard Rock Hotel and Casino Tampa, Florida. The property is undergoing a $700 million expansion programme and will feature a stunning gold and glass entranceway specially designed to incorporate this iconic instrument.