Piano competitions don’t usually feature here on the World Piano News website. We concern ourselves with matters relating, primarily, to the instrument itself. But the 2018 International Piano-e-Competition is something different, utilising the advanced technology of a modern reproducing piano (i.e. the Yamaha Disklavier).

Earlier this year, competition applicants took part in screened auditions held in Japan, China, France, California and New York. Every competitor performed on a Yamaha CFX concert grand piano fitted with the latest Disklavier system. A video and a MIDI recording was made of every audition.

In March, these “virtual auditions” were recreated in the C.W. Davis Concert Hall at the University of Alaska Fairbanks (UAF), and “played” to a judging panel who chose twenty finalists. Before the advent of such high resolution recording systems, it was impossible to get a truly accurate idea of the quality of a performance from a video alone.

The Finals (in Your Lounge)

The twenty successful pianists, were then invited to the finals, also in Alaska. The finalists take part in three solo rounds (May 19-28*) followed by a grand final with the Fairbanks Symphony Orchestra (May 30*), and an Award Ceremony and Gala (May 31*).

All the rounds will be data streamed live around the world (see DisklavierTV schedule). Anyone with a compatible system can experience each contestant’s performance as if they were playing in their own home/school/venue. A live webcast of the performances will also accompany the MIDI data stream. This allows audiences to watch the event remotely, with or without Disklavier accompaniment. Performances will also be available to download. 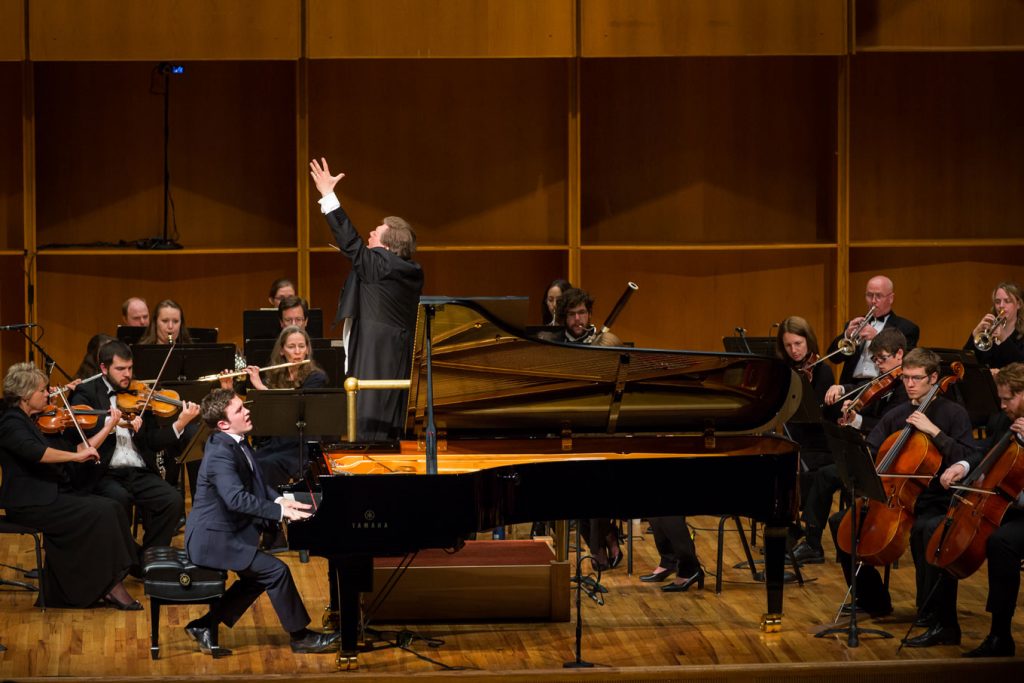 The competition was originally founded in 2002 by Alexander Braginsky (currently its artistic director), in conjunction with the Yamaha Corporation. It was initially known as the Minnesota International Piano-e-Competition. There are now both senior and junior events. The senior competition was last held in 2014.

The winner receives $30,000 along with a series of guaranteed concert engagements, including performances in Chicago and New York City. The total prize money fund is $65,000.

* Times are PDT (Pacific Daylight Time) which is 7 hours behind UTC. As broadcasts are sometimes in the evening, the dates in some time zones may be one day later.

One thought on “Competing with (Disklavier) Technology”