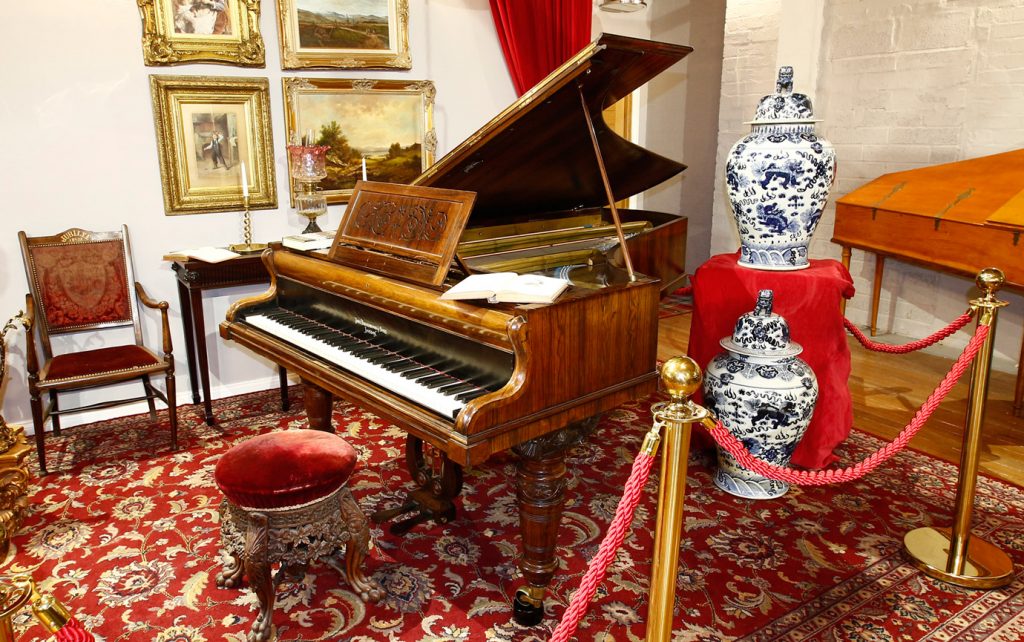 The Broadwood and Sons grand piano once owned by Queen Victoria

This piano is a Broadwood boudoir grand, delivered to Buckingham Palace on 11th November 1887. The queen, an accomplished amateur pianist, kept this instrument for her own personal use and played it regularly for the next five years.

A few years later Victoria gave the piano to Laura Annie Boston, her former lady-in-waiting as a wedding gift.

The instrument was then hired by Marie Fullinger, a renowned Austrian classical singer and biographer to Clara and Robert Schumann. Whilst engaged in the autobiography Miss Fullinger, also known as Fillu, met Eugenie Schumann (the couple’s seventh daughter) and they became lovers. The two women subsequently moved to London, and Eugenie, a romantic pianist, is known to have played the instrument at the couples’ Kensington home. It was also used for two of their London concert seasons from 1892. On their deaths, they were buried next to one another at the foot of the Eiger in Interlaken, Switzerland.

Laura Boston’s family kept the piano until her death in August 1950, whence the piano was moved to St Mary’s Church in Henley-on-Thames (a town west of London). Eight years ago a couple from Oxfordshire, purchased the instrument from the church. 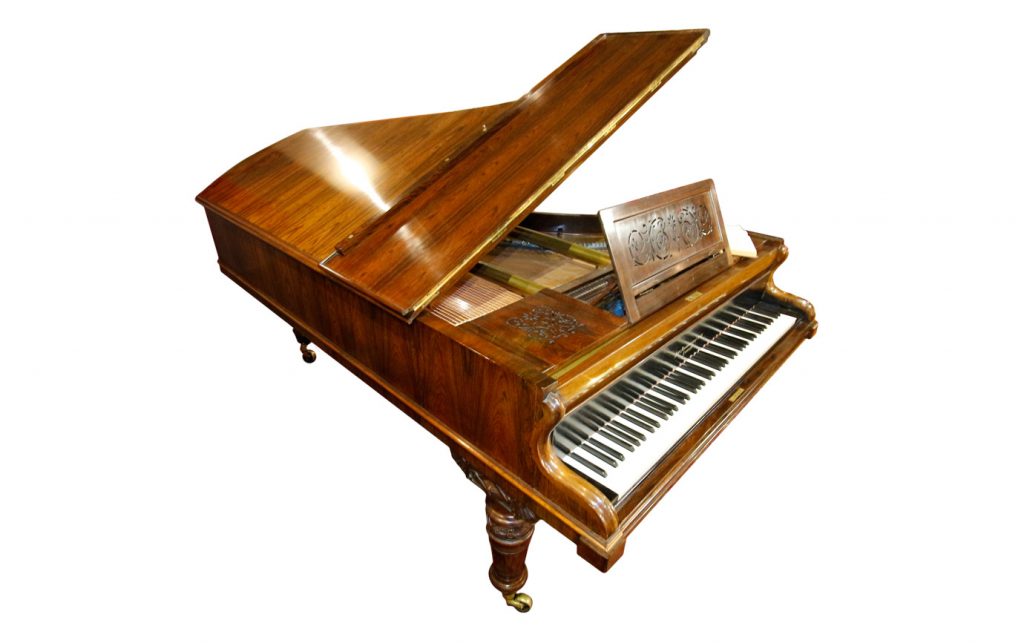 The frame of the Broadwood is strengthened by two bars – clearly seen behind the music desk.

In 2012 the piano underwent extensive renovation by Andy Blundell for leading antique and historic piano specialists, Sherwood Phoenix. This took over a year. The owners have now decided to sell this instrument, over 130 years after its manufacture.

John Broadwood & Sons (founded 1728) is one of the oldest piano companies in the world. The instruments have been enjoyed by the likes of Mozart, Haydn, Chopin, Beethoven and Liszt. The company has been granted a Royal Warrant by virtually every British monarch since George II (1727-1760), excluding Edward VIII who abdicated after just 326 days.

More recently, the royal yacht Britannia had a Broadwood upright; in 1977 the current Queen accepted a silver framed Broadwood grand as a Silver Jubilee gift (it is now located at Balmoral); and Prince Charles and Princess Diana received a Broadwood as a wedding present.

The piano coming up for sale is a fine example of a Broadwood and Sons boudoir grand. The instrument is a Model 13 B,  with serial number 22204. The case, made from South American rosewood, has turned and carved legs. The piano features a highly decorated lyre, a scrolled music desk and has solid brass fittings throughout. 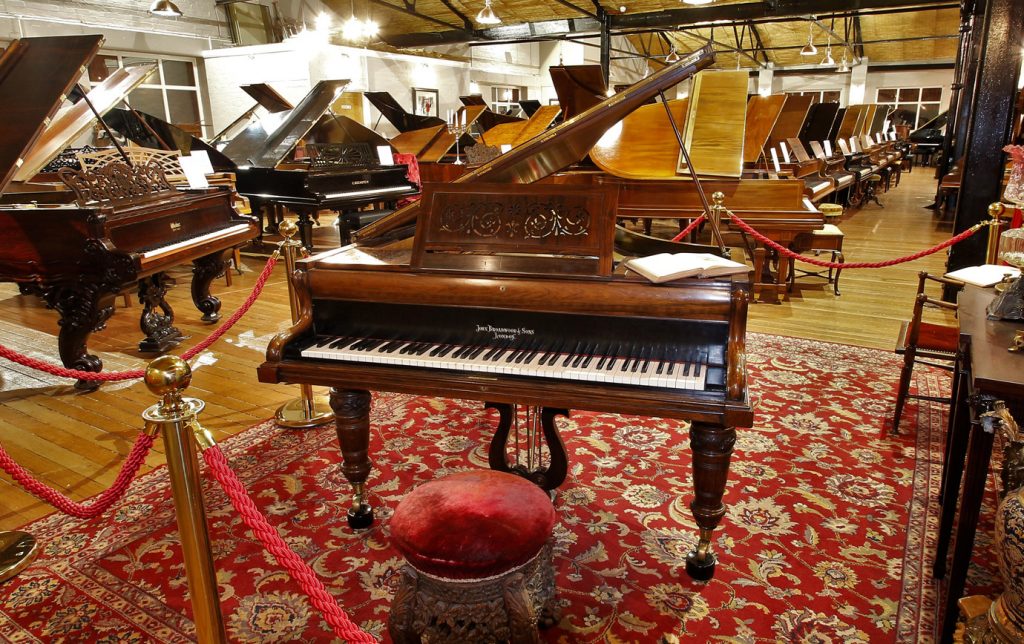 It is extremely rare for an instrument of such remarkable provenance to come on the market. The piano is currently on public display at Sherwood Phoenix’s Nottinghamshire showroom, and will be sold by concealed bid auction over a 30 day period from January through to February 2018. To register an interest in bidding call +44 1623 657301 or email info@sherwoodphoenix.co.uk.