Back in 2016 music-legend Prince commissioned ALPHA Pianos to build a special edition of their ALPHA Grand. This was to be used on the final European leg of the Piano & A Microphone Tour. Yamaha designed a custom acoustic grand for the first part the tour. Unfortunately, Prince died just days before the ALPHA piano was delivered, and never saw the final instrument. 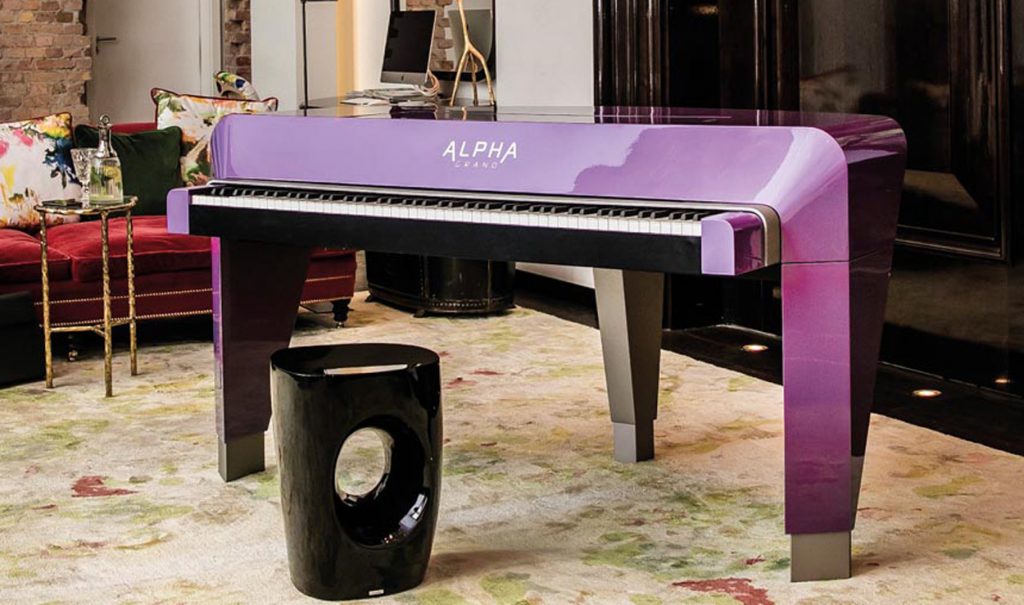 The ALPHA Grand 97 at Paisley Park

Following Prince’s death, the whereabouts of the piano was unknown. However, it surfaced in 2017 and was subsequently played, by Prince’s longtime pianist Morris Hayes, at the Grand Opening of the Paisley Park Museum, Minneapolis, (April 23, 2017). This was almost exactly a year after the performer’s death.

The piano remained the property of ALPHA Pianos, however last week the company sold it on eBay. The winning bid was just EUR 36,000 (approx. US $42,0000).


About the ALPHA Grand

The ALPHA Grand is a hybrid piano, built in the small town of Sankt Andrä-Wördern, north-east Austria. It employs Renner action parts similar to those found in grand pianos from the likes of Bösendorfer, Steinway (Hamburg) and Fazioli. However, instead of striking two or three strings, the hammers hit custom-designed pressure sensors. These translate the key velocity and pressure into performance information, which triggers the instrument’s digital sound module.

The Renner piano action from the ALPHA Grand

The use of a full-fledged wooden concert piano action gives the pianist the same playing sensation as the full acoustic instrument. The essential key characteristics such as weight resistance, key movement and even the feel of the key release are all authentic because the piano uses an actual acoustic action.

The piano built for Prince, like the Bösendorfer Imperial, features a 97 note keyboard and is defined as an ALPHA Grand 97. The company also produce an 88-note edition. 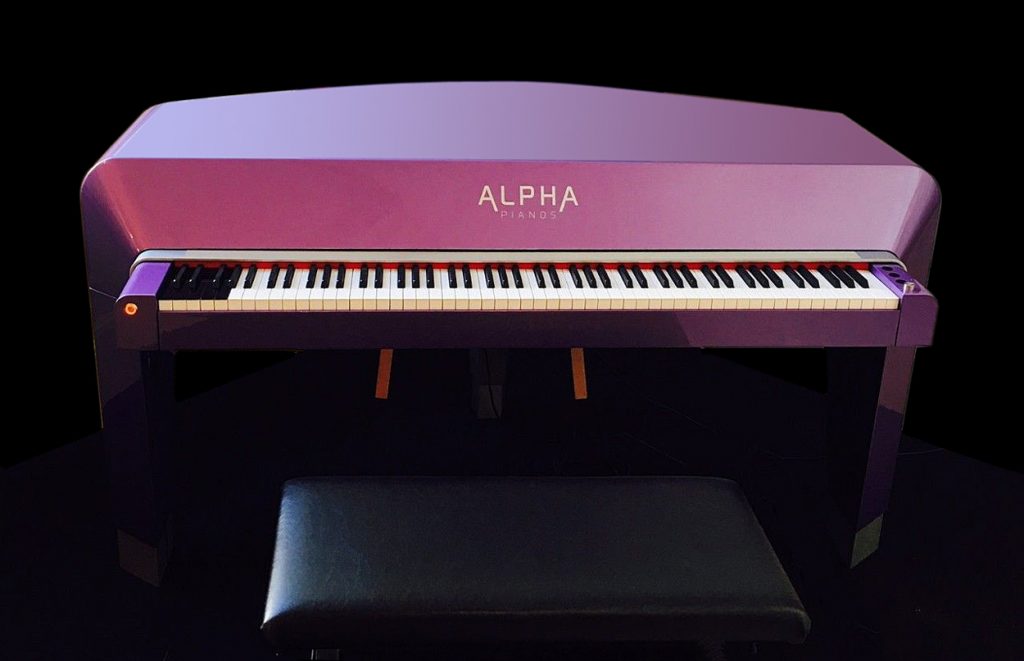 The casework is finished in the same purple hue that Prince is famous for. This colour now even has its own Pantone reference. Manufacture began in November 2015 and ended in April 2016.

The piano has the serial number 000, and was, in fact, the prototype of the range. It employs the VSL Bösendorfer CEUS 97 sound sample library, and additional libraries are available.

The purchaser of this piano is currently unknown. However, it’s worth keeping an eye out, as it is the kind of instrument museums and public collections love to acquire. Whoever purchased this piano got something of a bargain, as the list price is quoted as EUR 75,000 (excluding VAT).