The Piano Mill has just received the Completed Building — Culture 2018 award at the World Architecture Festival (WAF) in Amsterdam. This is a truly unique building. Nestled in a eucalyptus forest west of Brisbane (Australia), it is both a physical structure and a remarkable musical instrument/venue for live performances. 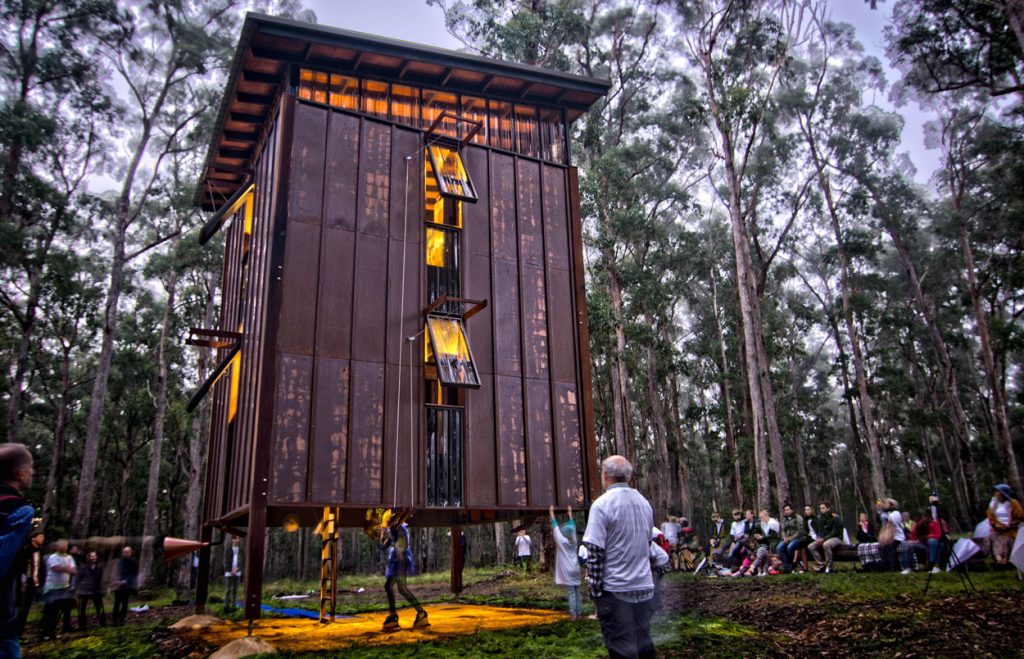 The Piano Mill — “a prime instrument in an orchestra of trees”. A sonic periscope can be seen bottom left.

The Piano Mill is a tall copper-clad timber frame tower with a series of elevated internal balconies set around a central void. It houses 16 pianos all collected from the local environs. The void acts both as a means of access for the musician(s) and, thanks to the building’s rich timbered interior, as a resonant chamber.

Audiences sit/stand around the bass of the tower and can see the performers through translucent windows.

The sound emanates from the bass of the building and through a series of external louvres (shutters) set into the walls. These can be used to modulate the sound, rather like an out-sized Venetian swell (a mechanism used by some harpsichord manufacturers).

In keeping with the principles of the project and its environment, the architecture links piano-like jewel box joinery with traditional bushcraft.

The structure also incorporates two sonic periscopes. These copper tubes have a funnel at one end which is placed over a piano’s soundboard. The other end terminates in a large conical bell which can be directed towards the audience. The periscope acts as an amplifier for one particular instrument. 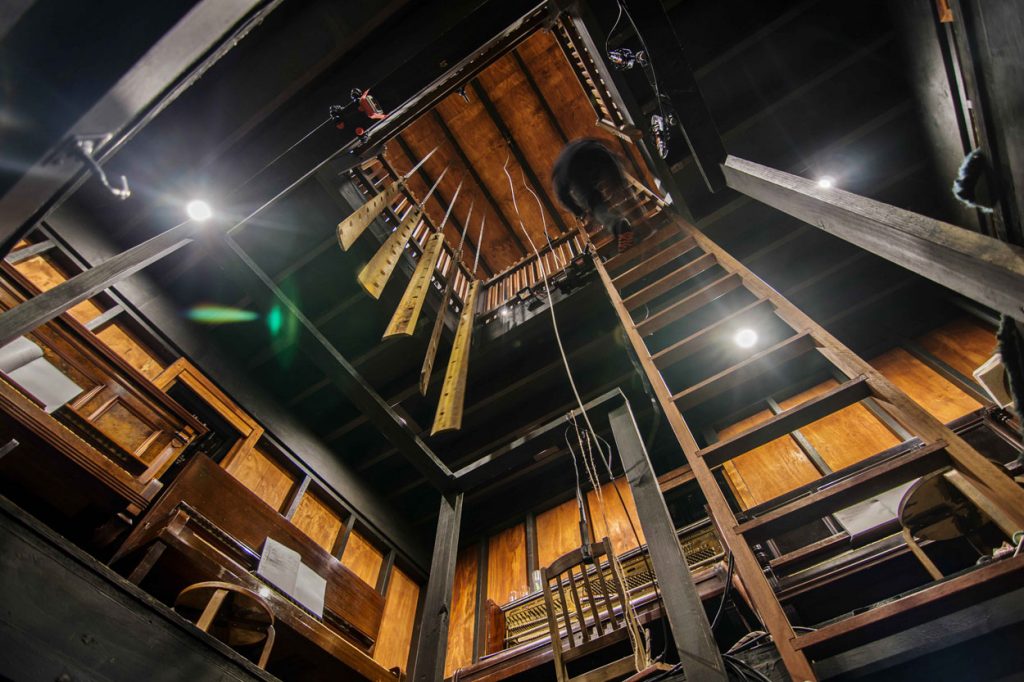 The interior of The Piano Mill, with five tuned grader blades supported from the roof

A grader is a construction machine used in road-building — it employs a long heavy-duty steel blade to create a flat surface. Originally it would be pulled by horses. The blades make a powerful percussion instrument. They are cut to different lengths (tuned), supported by chains within the structure, and “played” with carpenters’ hammers.

The Piano Mill was opened in 2016 and came about through the collaboration of architect Bruce Wolfe (Conrad Gargett), composer/pianist Erik Griswold, and percussionist Vanessa Tomlinson.

The project celebrates the importance of the piano to the early European settlers in Australia. And it also highlights the links between music and the environment, heritage, art and architecture.

The pianos themselves aren’t showroom quality instruments. They were sourced locally—some are perfectly playable, but others suffer from various degrees of dilapidation. In addition, some have been “prepared” to provide a broader timbral palette.

Griswold composed a major new work to launch The Piano Mill. This was written to take full advantage of the new range of sonic textures this “mega-instrument” offered.

Initially, there were around 1000 entries to the WAF awards. Shortlisted architectural teams later presented their designs to more than 100 international judges.

At the award ceremony, the committee felt that The Piano Mill was an extremely original and stimulating idea, specifically the intersection of architecture’s role in the environment of cultural buildings. They described it as “a prime instrument in an orchestra of trees.” 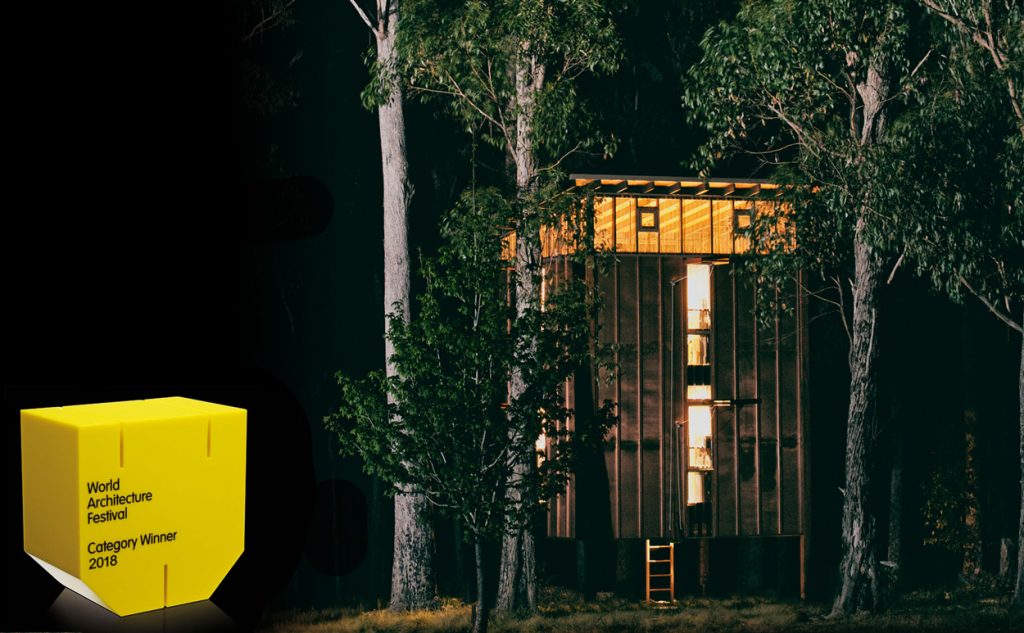 The Piano Mill has also won awards from the AIA (Australian Institute of Architects) and an APRA (Australasian Performing Rights Association) award for Excellence in Experimental Music.

Information about upcoming events will be published on The Piano Mill website.


If you have enjoyed this, and maybe other, articles on the WorldPianoNews website, please SUBSCRIBE NOW to receive more news from the world of pianos.


Your subscription really helps to keep this website up and running…