Chromasoul is the latest work by acclaimed artist María Inés Aguirre, better known as Mia. And it takes the form of a highly decorated Steinway Model D concert grand piano. This is a spectacular three-dimensional artwork which has been attracting much attention since it recently went on show. 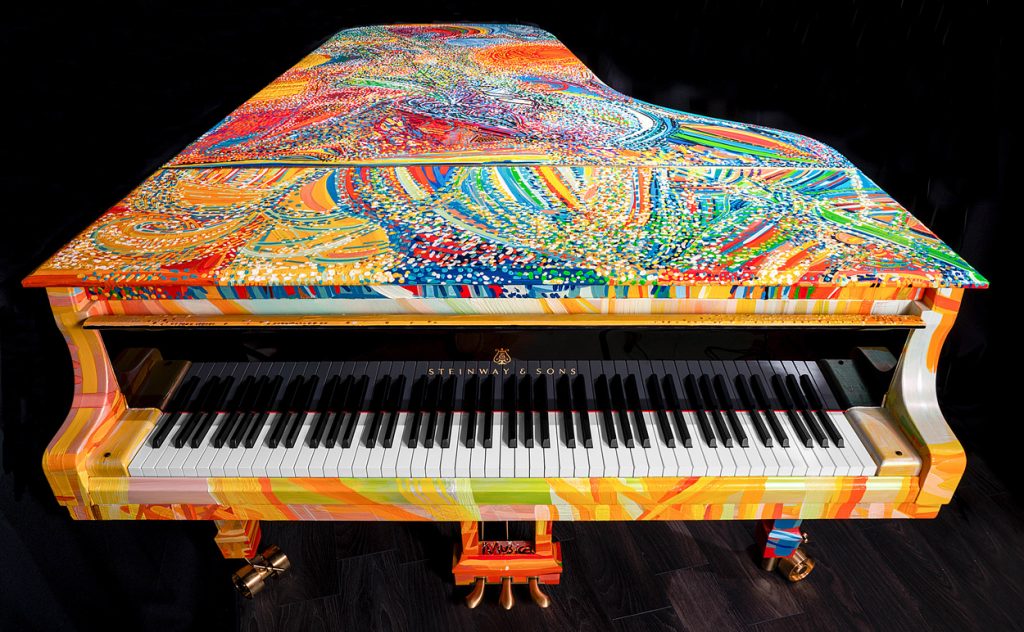 This is not, perhaps, a true art-case piano (if using the term in its strictest sense). Such an instrument is created from the ground up, with the design of the casework crafted to encompass the theme. Here we have a “production” Steinway acting as a canvas. Nevertheless, there is an interaction between the physical instrument and the abstract creativity of the decoration.

Chromasoul explores the relationship between music and nature. And it does so with the spectacular use of colour. Mia was born in Northern Argentina, close to Paraguay, where strong colours are widely used, especially in art and clothing.


Colour and the Soul 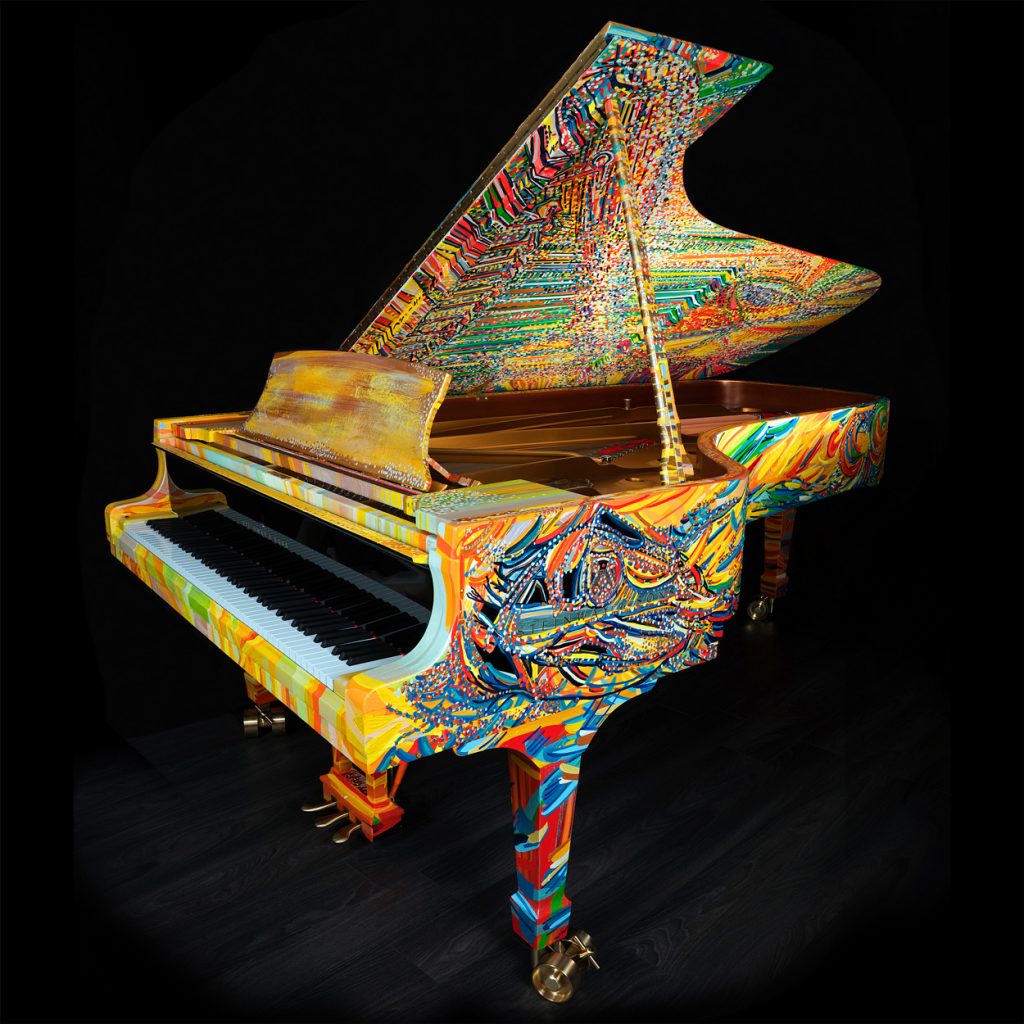 The pioneering Russian abstract artist Kandinsky suggested that ‘colour is a power which directly influences the soul’. Chromasoul’s kaleidoscope of rich, brilliant colours in various forms gives the piano an energy. And this, hopefully, inspires the pianist, and enhances the music played on the instrument. This is the “Chroma”.

The imagery inside the piano’s lid is Mia’s interpretation of open heart surgery. She reflects on the comments of one surgeon who said, ‘opening a heart is like opening a piano, since each human being has their own music’. 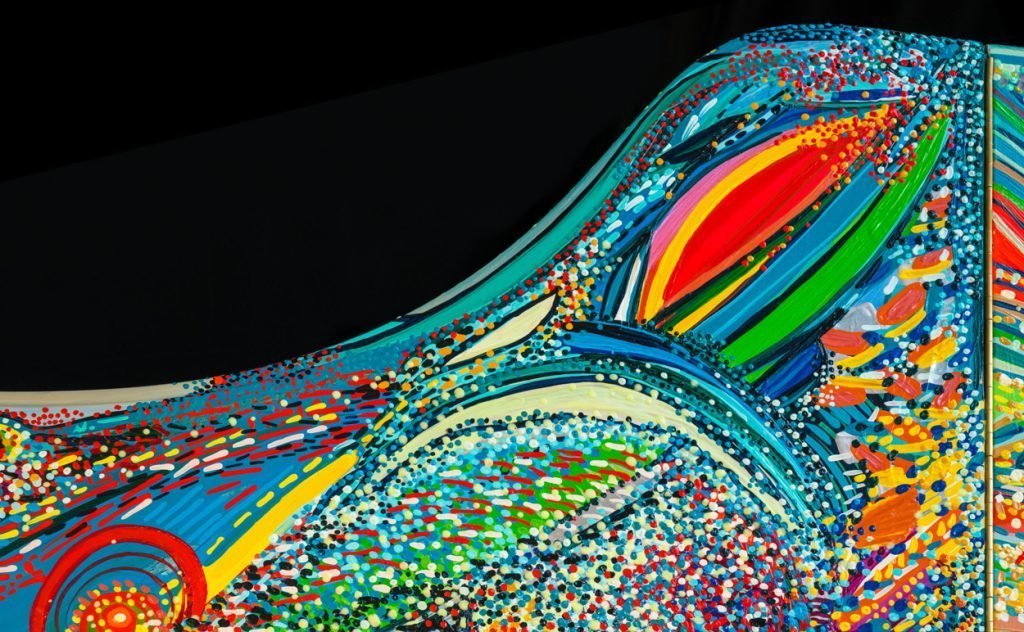 The casework is covered with a multitude of carefully painted dots, some of which glow in the dark. Each represents both a human spirit and a musical note. And this is the “Soul”.

World-renowned artist Mia is best known for her three-dimensional paintings. She studied at the University of Tucumán, Argentina, before attending the Academia di Belle Arte in Venice working under the guidance of Fabrizio Plessi. Since 1991, she has exhibited around the world and sold works at Sotheby’s and Christie’s. 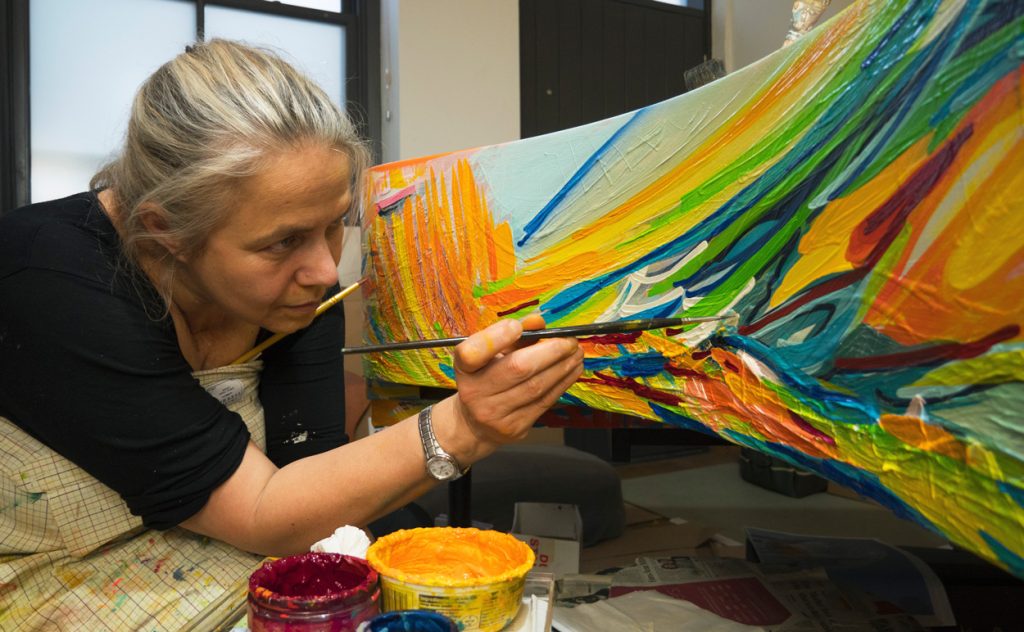 Mia completing the bent side of Chromasoul. Oil paints made by Michael Harding are used throughout.

Chromasoul isn’t her first “piano”. In 2010, as resident artist at Steinway Hall, London, she produced Dancing Soul. This too was a highly decorated grand piano inspired by South American colours and also, in this instance, the dance of Diaghilev and his Ballets Russes.

Dancing Soul was purchased by a private collector in 2012.

Chromasoul forms part of an exhibition of Mia’s work at ArtMoorHouse. Viewing is by appointment, and the exhibition runs until the end of March 2019. Any party interested in purchasing Chromasoul should contact the gallery.