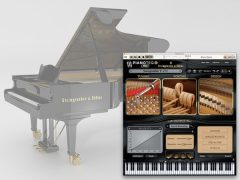 If you are exclusively an acoustic pianist, do read this. It may just whet your appetite… Modartt is a French technology company specialising in products with artistic applications. Their best… Read more »

Despite a good turn-out from the piano manufacturing industry, there were relatively few actual new instruments on show at this year’s Musikmesse in Frankfurt. A wave of new pianos were… Read more »

Clavia DMI have just announced that the Nord Piano 4, the latest generation of their award-winning digital Piano Series, will ship this summer. The Nord Piano first appeared in 2010…. Read more »