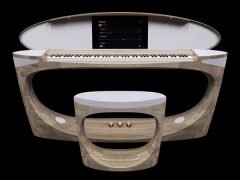 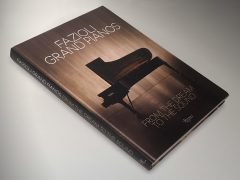 Fazioli, the Italian piano manufacturer known worldwide for its instruments of exceptional quality, is celebrating its 40th year. And to mark the occasion a beautiful new book Fazioli Grand Pianos:… Read more » 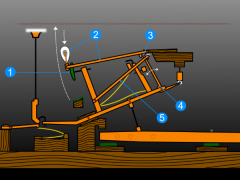 Queen Victoria was born on 24 May 1819. And various exhibitions and festivities are taking place throughout 2019 to celebrate this 200th Anniversary. And pianos play their part. Both Queen Victoria… Read more »

On 13 May 1787 eleven ships left Portsmouth harbour to establish a penal colony in Australia. Some eight months later the vessels arrived at Botany Bay and this became the… Read more »

Beethovenhaus Baden has launched a campaign to restore a grand piano once played by Ludwig van Beethoven. The instrument in question was made by Conrad Graf between 1811 and 1818… Read more »

130 years ago, on August 14th 1888, a recording of famed composer Arthur Sullivan’s “The Lost Chord” was played to members of the press at an event in London, England…. Read more »